CARDIFF U. (UK) — A collapse in the variety of mating partners is putting tigers in India at risk of extinction, a new study suggests.

Approximately 60 percent of the world’s wild tigers live in India, but even there numbers remain low and their genetic diversity is declining rapidly.

For the first time, scientists have compared genetic data from modern tigers with historical tigers shot during the time of the British Raj—the period of British rule over India from 1858-1947—in order to gain a historical perspective of genetic diversity. 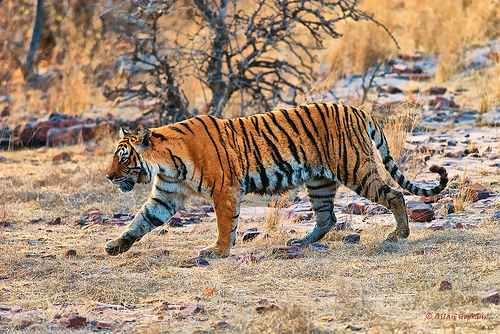 The territory occupied by the tiger has declined more than 50 percent during the last three generations and today mating only occurs in 7 percent of its historical territory. (Credit: Allan Hopkins/Flickr) 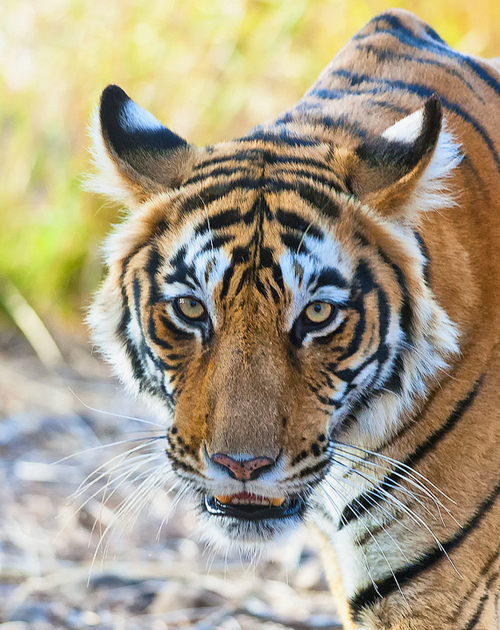 Having been granted access to the Natural History Museum of London’s tiger collection, researchers identified a very high number of DNA variants in the tigers shot during the British Raj—93 percent of which were not present in the Indian tigers of today.

“We found that genetic diversity has been lost dramatically compared to the Raj tigers and what diversity remains has become much more subdivided into the small (20 to 120 individual) populations that exist today,” says Mike Bruford, professor of biosciences at Cardiff University and a lead author of the study, published in Proceedings of The Royal Society B.

“This is due to loss of habitat and habitat fragmentation, meaning lower population sizes, and the prevention of tigers from dispersing as they once would have, which means their gene pool is no longer mixing across the subcontinent.

“This is important because tigers, like all other species, need genetic diversity to survive—especially under climate change—so what diversity remains needs to be managed properly so that the Indian tiger does not become inbred, and retains its capacity to adapt.”

Tiger population sizes in India were brought to near collapse during the time of the British Raj—mainly because of trophy hunting—which reduced numbers from 40,000 to less than 1,800 in a mere 100 years.

“Both conservationists and the Indian Government must appreciate that the number of tigers alone is not enough to ensure the species’ survival,” Bruford says. “They need to protect the whole spread of forest reserves because many reserves now have their own unique gene combinations, which might be useful for future breeding programs.

“This study shows that genetic diversity can be lost and a new genetic structure can arise very quickly, if the effects of population collapse and habitat fragmentation are strong enough, so quick action is needed to stymie further demographic loss.”

The territory occupied by the tiger has declined more than 50 percent during the last three generations and today mating only occurs in 7 percent of its historical territory.

Researchers from the National Centre for Biological Sciences in Bangalore, India contributed to the study that was supported by a Royal Society Collaborative Research Grant.