The discovery, from the ancient port site of Lattara, points to the beginnings of a Celtic or Gallic vinicultural industry in France circa 500-400 BCE.

Patrick McGovern, director of the Biomolecular Archaeology Laboratory at the University of Pennsylvania Museum of Archaeology and Anthropology is the lead author of the paper in the Proceedings of the National Academy of Sciences. 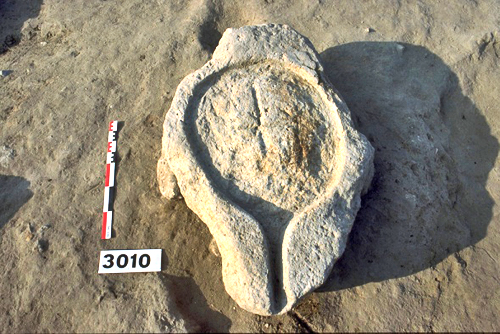 For him, this confirmation of the earliest evidence of viniculture in France is a key step in understanding the ongoing development of what he calls the “wine culture” of the world—one that began in the Turkey’s Taurus Mountains, the Caucasus Mountains, and/or the Zagros Mountains of Iran about 9,000 years ago.

“France’s rise to world prominence in the wine culture has been well documented, especially since the 12th century, when the Cistercian monks determined by trial-and-error that Chardonnay and Pinot Noir were the best cultivars to grow in Burgundy,” McGovern notes.

“What we haven’t had is clear chemical evidence, combined with botanical and archaeological data, showing how wine was introduced into France and initiated a native industry.

“Now we know that the ancient Etruscans lured the Gauls into the Mediterranean wine culture by importing wine into southern France. This built up a demand that could only be met by establishing a native industry, likely done by transplanting the domesticated vine from Italy, and enlisting the requisite winemaking expertise from the Etruscans.”

At the site of Lattara, merchant quarters inside a walled settlement, circa 525-475 BCE, held numerous Etruscan amphoras, three of which were selected for analysis because they were whole, unwashed, found in an undisturbed, sealed context, and showed signs of residue on their interior bases where precipitates of liquids, such as wine, collect.

Judging by their shape and other features, they could be assigned to a specific Etruscan amphora type, likely manufactured at the city of Cisra (modern Cerveteri) in central Italy during the same time period.

All the samples were positive for tartaric acid/tartrate (the biomarker or fingerprint compound for the Eurasian grape and wine in the Middle East and Mediterranean), as well as compounds deriving from pine tree resin.

Herbal additives to the wine were also identified, including rosemary, basil, and/or thyme, which are native to central Italy where the wine was likely made. (Alcoholic beverages, in which resinous and herbal compounds are more easily put into solution, were the principle medications of antiquity.)

Nearby, an ancient pressing platform, made of limestone and dated circa 425 BCE, was discovered. Its function had previously been uncertain. Tartaric acid/tartrate was detected in the limestone, demonstrating that the installation was indeed a winepress. Masses of several thousand domesticated grape seeds, pedicels, and even skin, excavated from an earlier context near the press, further attest to its use for crushing transplanted, domesticated grapes and local wine production.

Olives were extremely rare in the archaeobotanical corpus at Lattara until Roman times. This is the first clear evidence of winemaking on French soil.

Researchers from University of Chicago, Unité Mixte de Recherche in France, the Scientific Services Division, Alcohol, and Tobacco Tax and Trade Bureau of the US Treasury, Goddard Space Flight Center/NASA, and Penn State also contributed to the study.