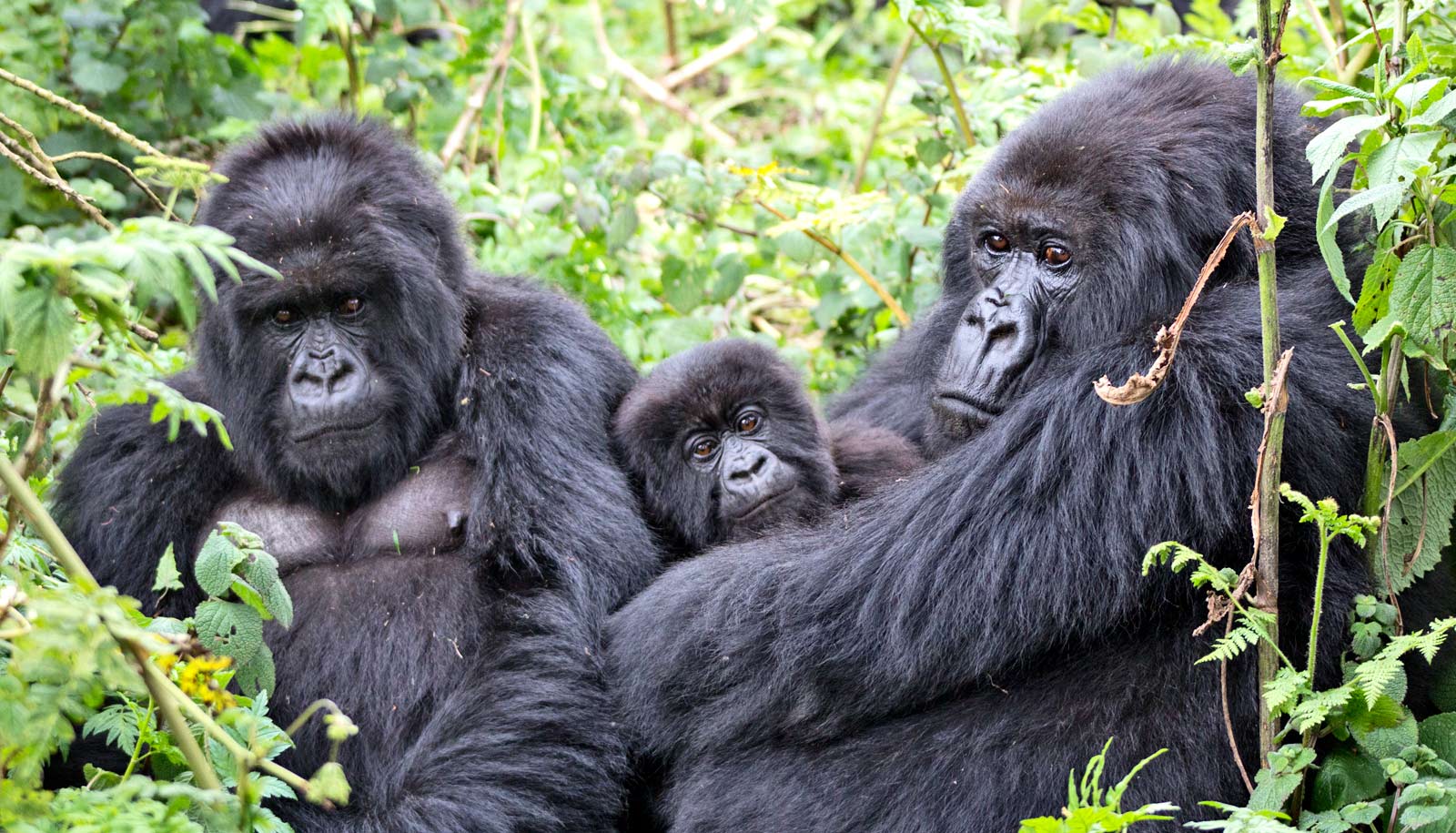 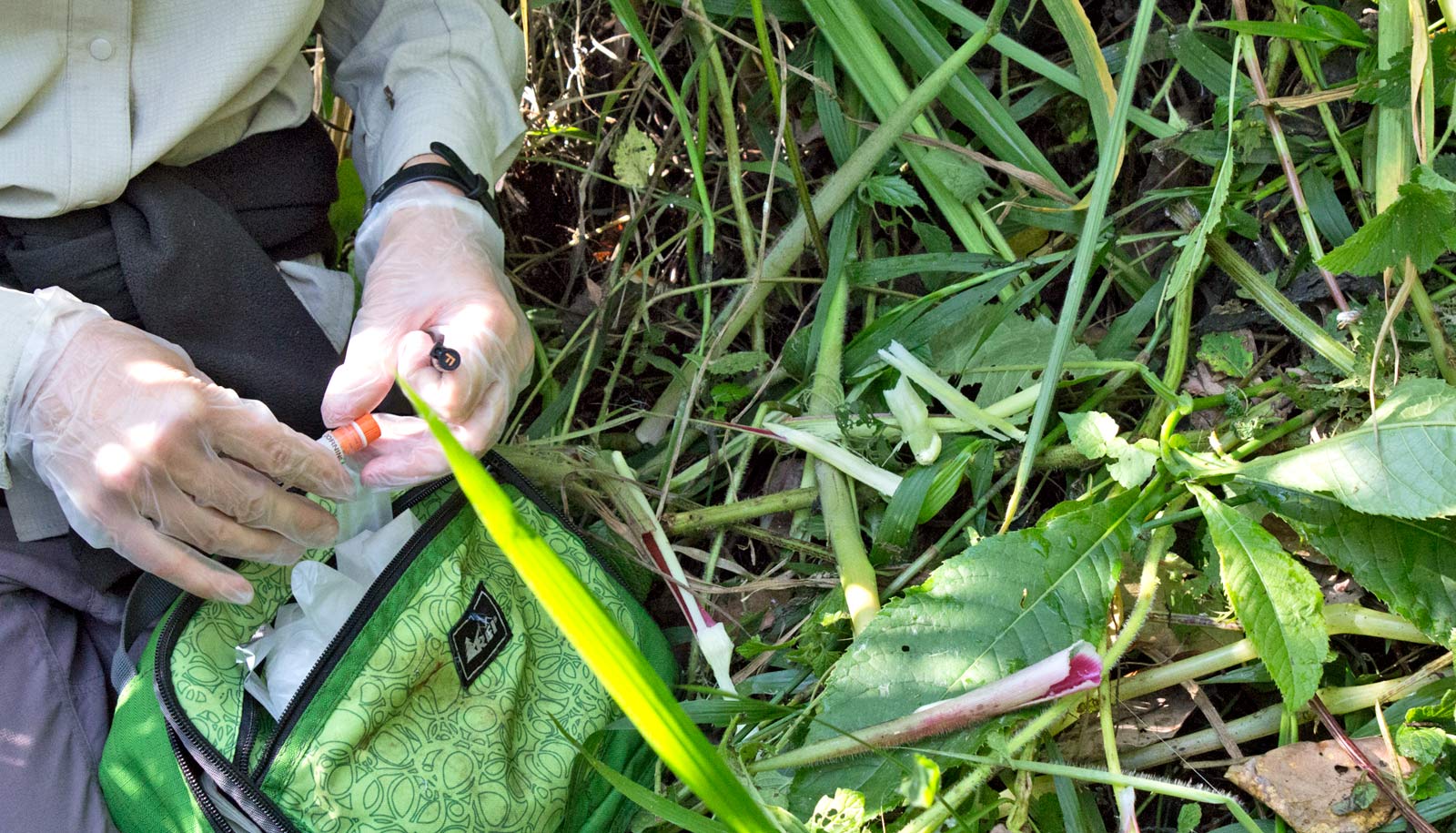 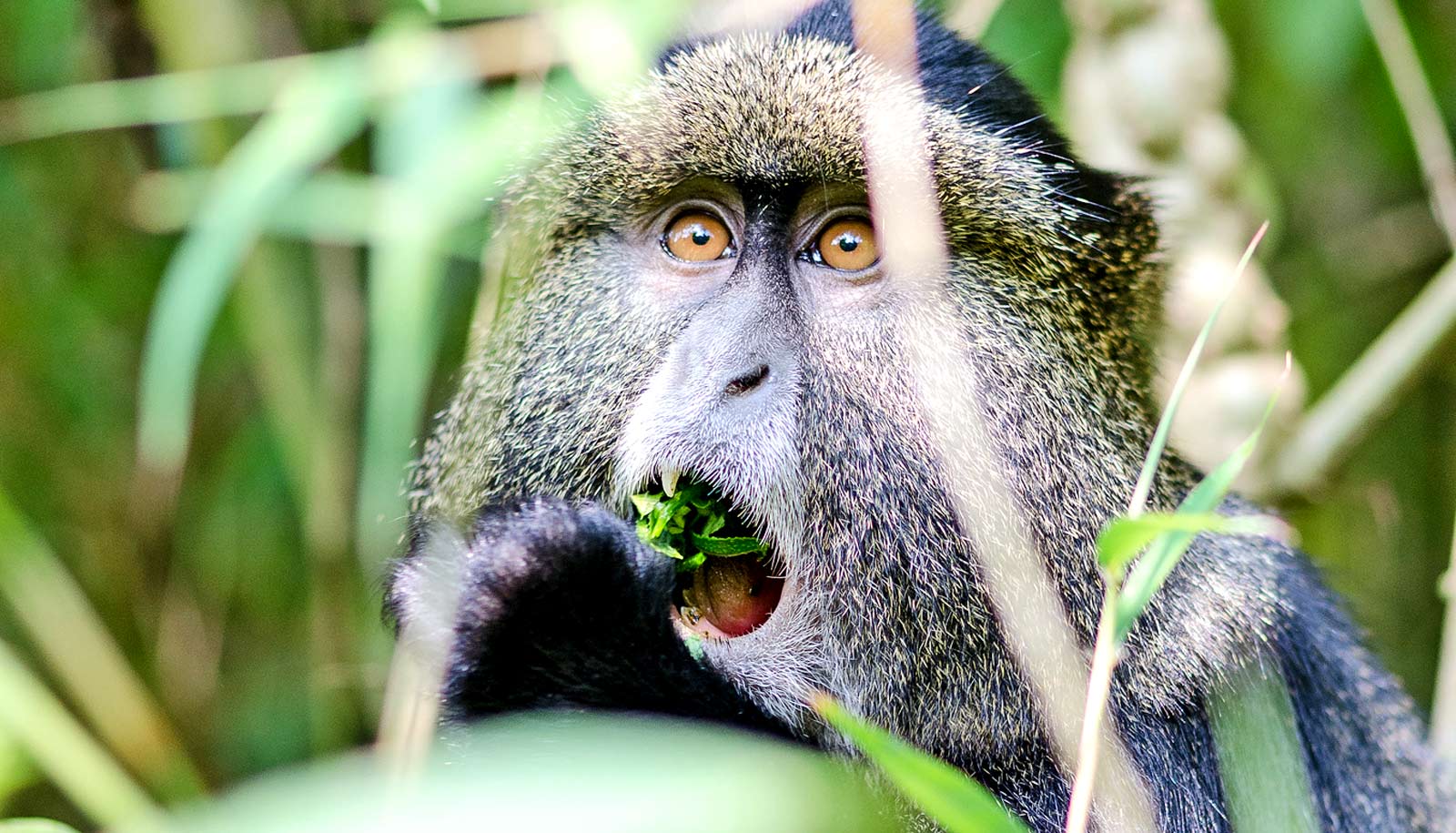 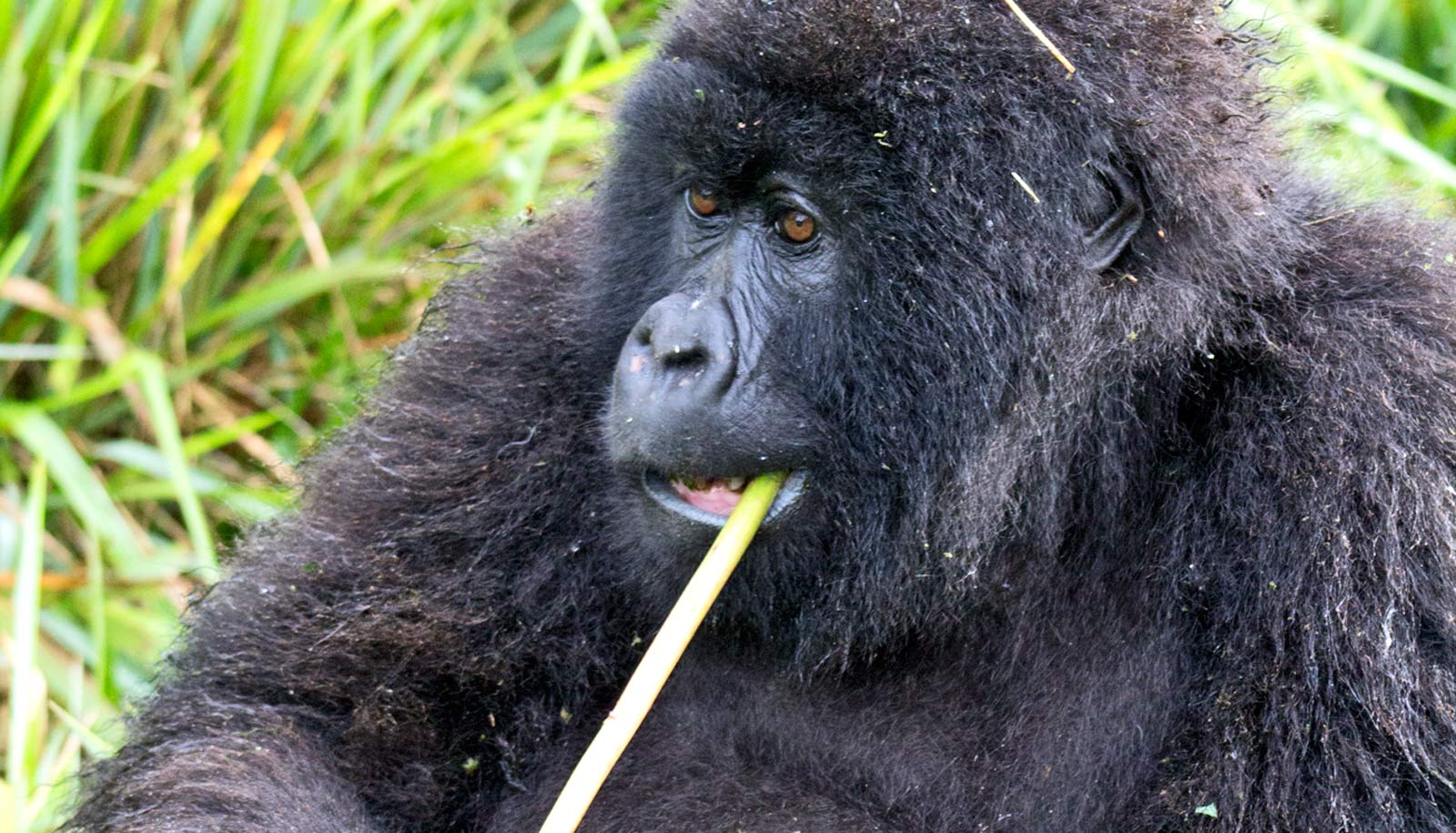 The chewed bark, leaves, and fruit that mountain gorillas cast aside can provide a simple way to test the endangered apes for viruses without disturbing them.

The researchers, who studied mountain gorillas and golden monkeys in East-Central Africa, describe the method in the American Journal of Primatology.

“This is the first time that viruses have been detected on plants chewed by primates,” says lead author Tierra Smiley Evans, a graduate student at the One Health Institute of UC Davis, which co-led the study with Gorilla Doctors, a nonprofit program of the Mountain Gorilla Veterinary Project and UC Davis.

“This is a technique people can use without disturbing the primate’s natural behaviors.”

Roughly 880 critically endangered mountain gorillas remain in the Virunga Conservation Range, which spans Rwanda, Uganda, and the Democratic Republic of Congo, and in the Bwindi Impenetrable Forest in Uganda. Roughly 60 percent of these gorillas are habituated to humans to support ecotourism in the region, putting them at high risk for contacting human pathogens.

Infectious diseases introduced by humans pose one of the greatest threats to survival of great apes in the wild, the study says.

Blood samples, and oral and rectal swabs are often used to detect viruses in primates, but collection commonly requires anesthesia. For the endangered mountain gorillas, anesthesia is only performed when a gorilla is sick or injured due to a human-related cause, not when they are healthy.

Simple, noninvasive sampling methods are needed to monitor the health of the mountain gorillas and other primates, ideally before a virus becomes an outbreak, the authors say.

In the study, researchers followed the primates at a distance, collected plant samples chewed and discarded by 383 wild mountain gorillas and 18 golden monkeys, and analyzed them to find viruses shed by mouth.

The method proved effective for detecting both RNA and DNA viruses, which is important because RNA viruses are more likely to be transmitted from humans to wildlife and vice versa.

The new noninvasive method could be used in combination with feces and urine sampling to access the most common routes of viral shedding in wild primates. It can also be used to detect viruses in other wild species where health monitoring is critical for conservation management.

Smiley Evans’ study builds on previous work she conducted in Nepal and Uganda with primates. In that research, she coated ropes with jam or mango juice, which the monkeys used as “chew toys.” Scientists retrieved the ropes to collect saliva samples.

How rope and jam can screen monkeys for disease

In addition to Gorilla Doctors technical support and permissions of the governments of Rwanda and Uganda, funding came from a William J. Fulbright Fellowship to Smiley Evans and the USAID Emerging Pandemic Threats PREDICT project.