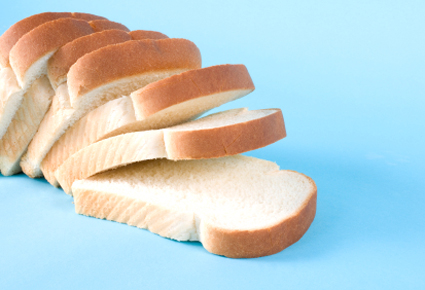 There is no support for the use of gluten-free, casein-free diets in the treatment of autism spectrum disorders, a new review of current research shows. The analysis suggests that potential causes have been translated into treatment methods well before there has been sufficient evidence regarding effectiveness or safety. A gluten-free diet should only be implemented with children diagnosed with allergies, says investigator Austin Mulloy. (Credit: iStockphoto)

U. TEXAS-AUSTIN (US)—A gluten-free, casein-free diet is not an effective treatment for autism spectrum disorder (ASD), according to a review of more than a dozen major studies investigating the approach.

“Many causes for ASD have been proposed,” says Austin Mulloy, a doctoral student in the Department of Special Education at the University of Texas at Austin. “Even though the actual etiology remains unknown, potential causes have been translated into treatment methods and shared with the public well before there is sufficient evidence regarding treatment effectiveness or safety.”

For the study, Mulloy and a team of scientists from the Meadows Center Autism Spectrum Disorders Institute, analyzed 15 published, major scientific studies on using a gluten-free, casein-free diet as a treatment method for ASD.

“Among the many proposed causes is the theory that people with autism have insufficient enzymatic activity in the gastrointestinal tract and increased gastrointestinal permeability. It’s suggested that they tend to absorb toxic byproducts of the incompletely digested proteins casein and gluten.”

Casein is a naturally occurring protein found in milk and other dairy products, and gluten is a protein in wheat, barley, and other grains.

“Consequently,” Mulloy says, “the number of parents who have elected to put their children with autism on gluten- and casein-free diets has increased significantly in the past several years.”

The research team reported that a number of gross methodological flaws invalidate studies that show support for using the diet as an ASD treatment.

The study, which is featured in the summer 2010 edition of the peer-reviewed journal Research in Autism Spectrum Disorders, says a number of documented phenomena other than efficacy of the diet can explain the outcomes observed in the studies.

“Given that a variety of adverse consequences are known to be associated with a gluten- and casein-free diet,” Mulloy says, “my fellow researchers and I recommend that the diet only be implemented with children whose doctors have identified them as having allergies or intolerances to gluten or casein.”

Defining features of ASD include impairments in social interaction, communication and imagination along with restricted interests and, in some cases, intellectual disability. Current estimates suggest that about one in every 100 children is diagnosed with the disorder.