"We may be able to use novae as a 'testbed' for improving our understanding of this critical stage of binary evolution," says Laura Chomiuk. Above, yellow depicts the material that is expelled just days after the stellar explosion. (Credit: Bill Saxton, NRAO/AUI/NSF) 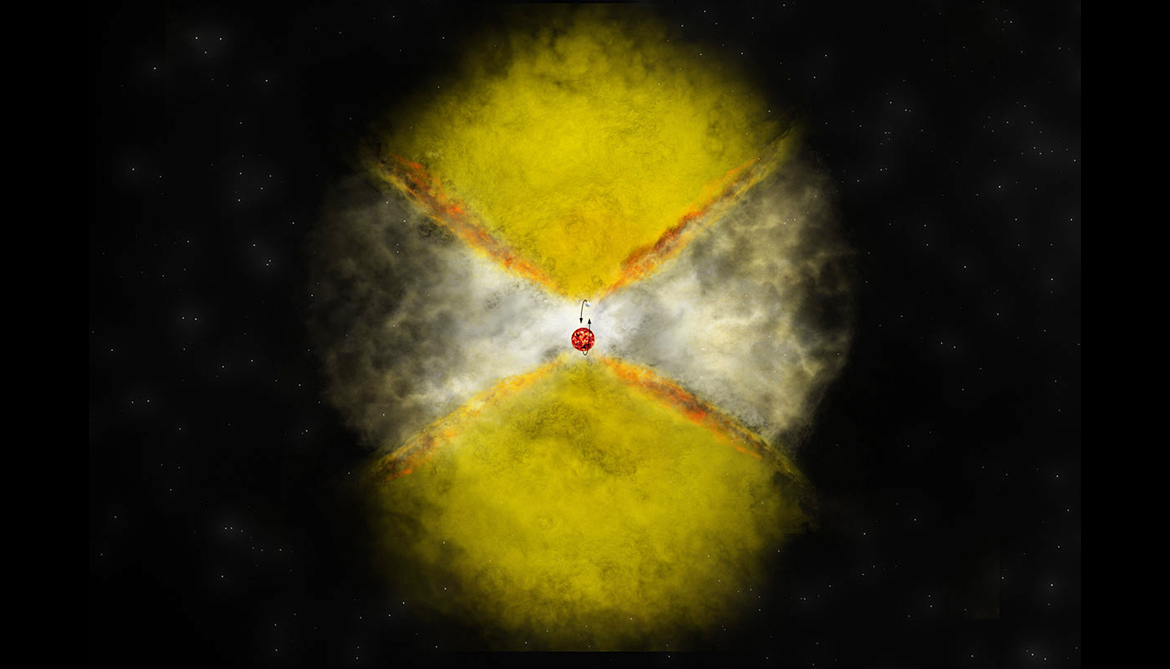 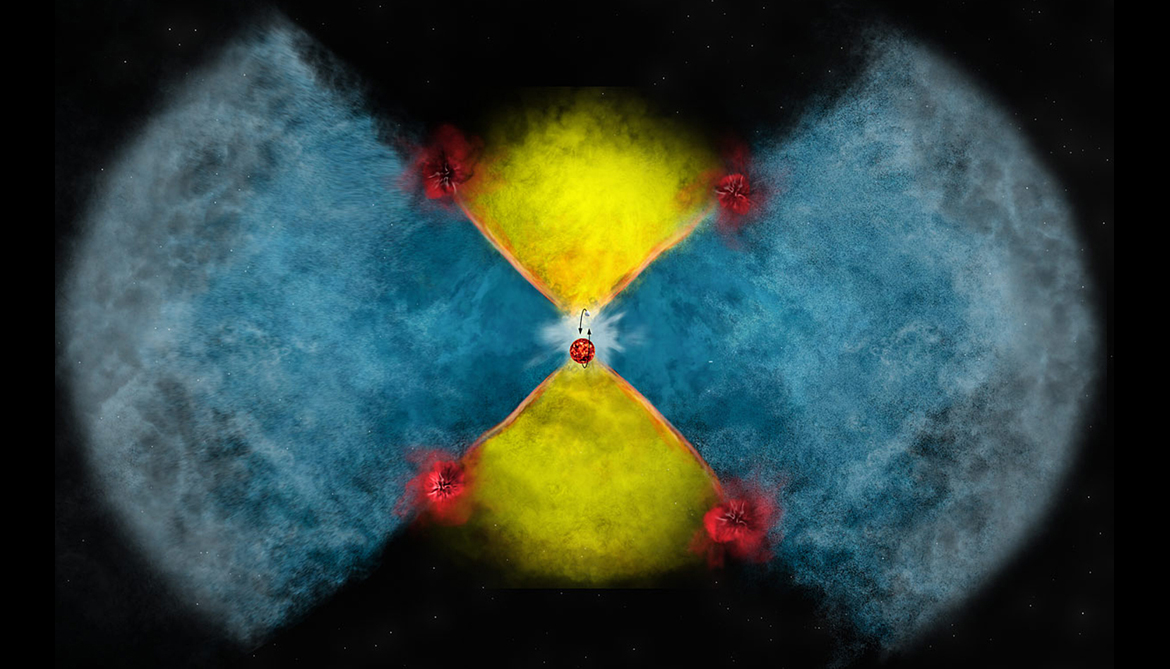 A new discovery offers clues to the creation and origin of gamma rays, the highest-energy form of radioactive waves known in the universe.

Using highly detailed radio telescope images, Michigan State University astronomer Laura Chomiuk and her team have pinpointed the location where an explosion on the surface of a star, known as a nova, emitted gamma rays.

This, says Chomiuk, is something they did not expect to encounter.

“We not only found where the gamma rays came from,” she says, “but also got a look at a previously unseen scenario that may be common in other nova explosions.”

A nova occurs in a star that is part of a binary system—two stars orbiting one another. One star, known as a dense white dwarf, steals matter from the other and the interaction triggers a thermonuclear explosion that flings debris into space.

It was from this explosion from a system known as V959 Mon, located some 5,000 light years from Earth, that the researchers think the gamma rays were emitted.

Since that initial detection by Fermi, which occurred in 2012, the spacecraft has detected gamma rays from three additional nova explosions in other star systems.

“This mechanism may be common to such systems,” says Chomiuk. “The reason the gamma rays were first seen in V959 Mon is because it’s closer to us.”

Because the type of ejection detected in V959 Mon also is seen in other binary star systems, the new insights might help astronomers understand how those systems develop.

“We may be able to use novae as a ‘testbed’ for improving our understanding of this critical stage of binary evolution,” Chomiuk says.

Gamma rays can be dangerous and are capable of killing living cells. The medical field uses gamma rays, along with X-rays and other forms of high-energy radiation, to treat cancer.

Fortunately, by the time gamma rays travel across the universe to us, they are absorbed by the Earth’s atmosphere.

The research appears in the current issue of Nature.