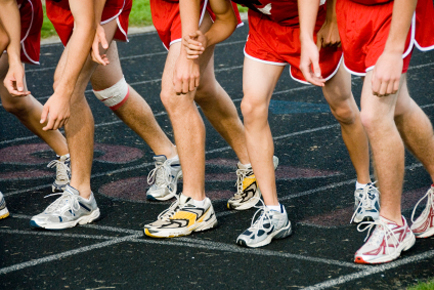 USC (US)—Cardiovascular health in teen boys correlates to higher scores on intelligence tests, and more education and income as adults.

“Yet, the effect of exercise on cognition remains poorly understood.”

Pedersen and lead author Maria Aberg of the University of Gothenburg in Sweden looked at data for all 1.2 million Swedish men born between 1950 and 1976 who enlisted for mandatory military service at the age of 18.

In every measure of cognitive functioning they analyzed—from verbal ability to logical performance to geometric perception to mechanical skills—average test scores increased according to aerobic fitness.

However, scores on intelligence tests did not increase along with muscle strength, the researchers say.

The results of the study—published in the current issue of Proceedings of the National Academy of Sciences Early Edition—also show the importance of getting healthier between the ages of 15 and 18 while the brain is still changing.

Boys who improved their cardiovascular health between ages 15 to 18 exhibited significantly greater intelligence scores than those who became less healthy over the same time period.

Over a longer term, boys who were most fit at the age of 18 were more likely to go to college than their less fit counterparts.

Having relatives enabled the research team to evaluate whether the results might reflect shared family environments or genetic influences.

Rather, the twin results give further support to the likelihood that there is indeed a causal relationship, Pedersen explains.

“Physical exercise should be an important instrument for public health initiatives to optimize cognitive performance, as well as disease prevention at the society level.”