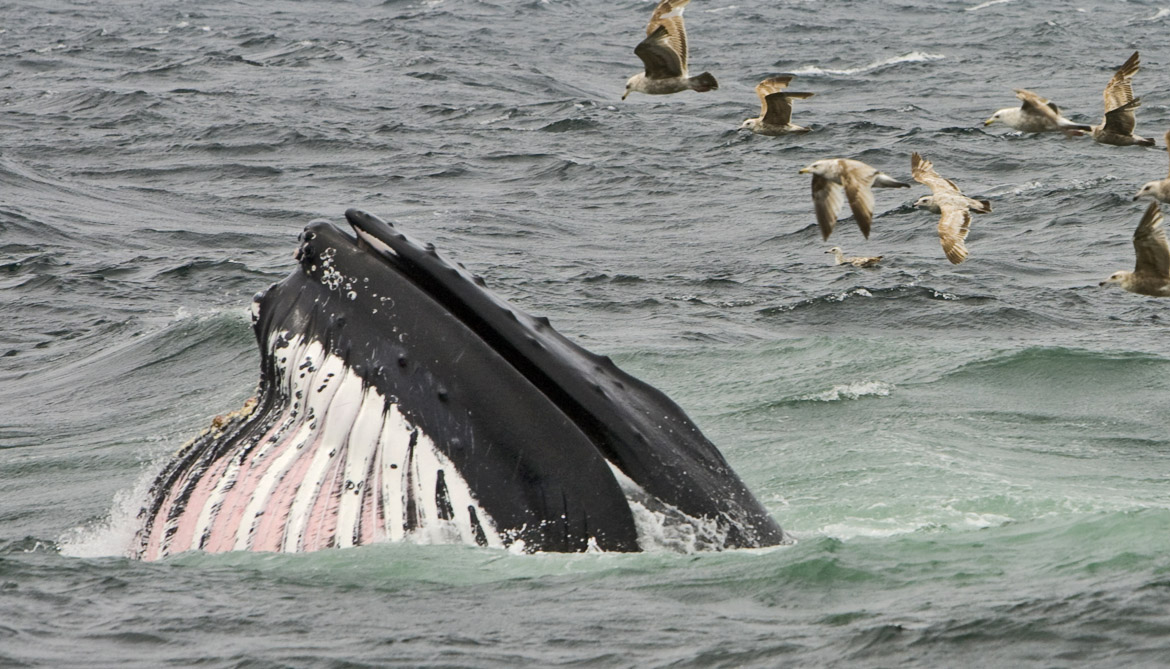 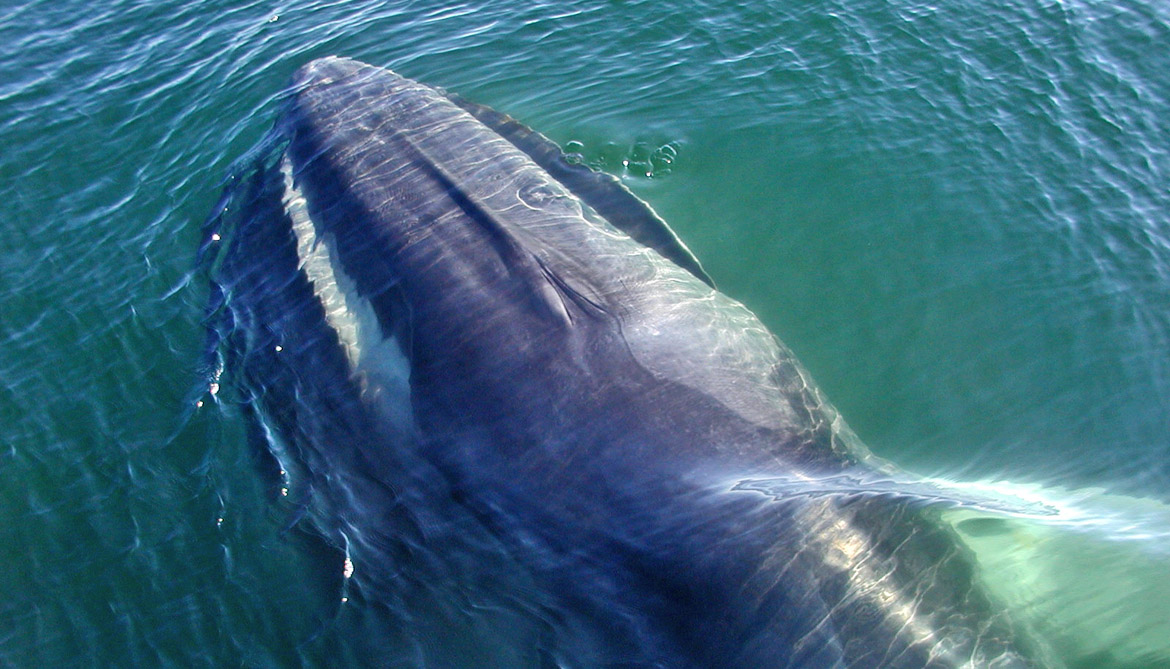 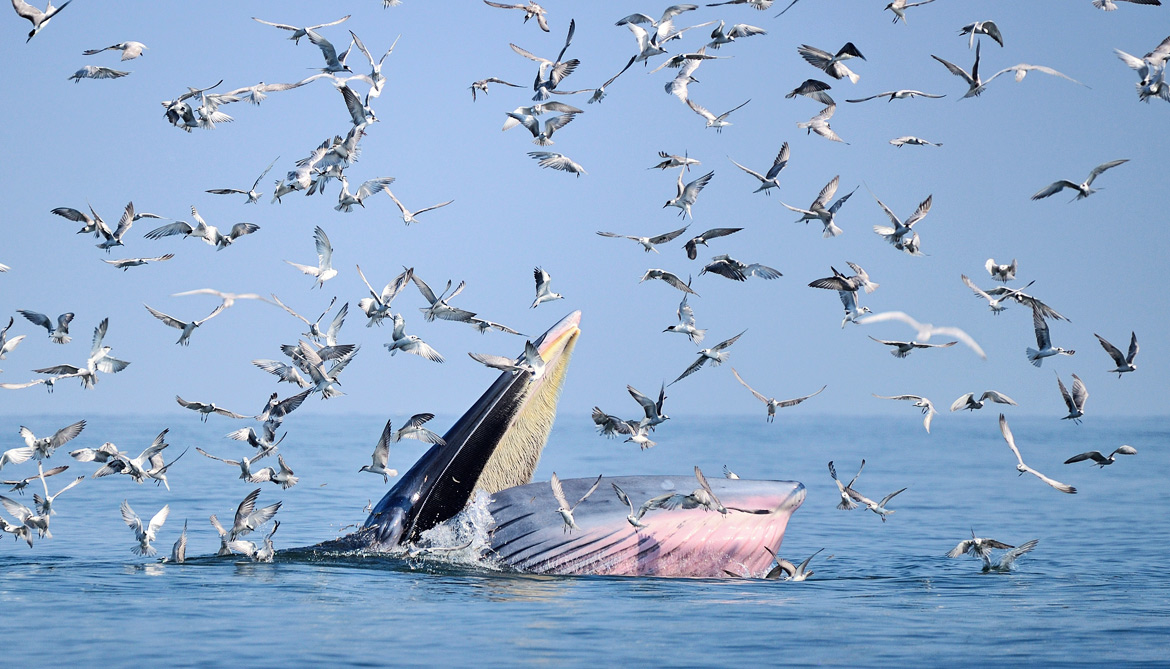 Unique nerves that can extend  up to 115 percent let fin whales suck down a swimming pool’s worth of water—hundreds of times a day—to fill their bellies with krill.

While it’s no surprise that an animal the size of three school buses needs to take very big bites, the underlying physiology that allows such feeding—nerves that stretch like bungee cords—has been a mystery until now.

The discovery could help scientists understand nerve damage in humans.

In most instances in the animal kingdom, stretching a nerve leads to undesirable consequences. “Nerve stretch injury,” the most common type of nerve trauma in humans, can result in pain, paralysis, muscle atrophy, and loss of sensation. Mild injuries in mammals typically occur when the nerve stretches beyond 6 percent, with total mechanical failure occurring at stretch points of around 29 percent.

For rorqual whales—a group that includes fin, blue, minke, and humpback whales—stretchable nerves are a matter of necessity because they intermittently engulf and filter immense volumes of krill-filled water through a technique called “lunge filter feeding.”

Upon spotting a patch of krill or school of fish, the whale accelerates and opens its jaw until it is nearly at a 90-degree angle from its body. As water rushes in, the floor of the whale’s mouth, which is composed of muscle and blubber, expands like a water balloon.

The cavity grows in circumference by roughly 150 percent, and the total volume of intake can exceed that of the whale itself. The whale pushes the water back out through its mouth, catching food in the brush-like baleen plates near the front of the mouth.

During dissection, researchers discovered that the blubber and tongue nerves could stretch, on average, 75 percent to 115 percent before failing. They extend quickly, but stiffen abruptly, owing to their unique construction.

“It was truly fascinating to grab on to one of these nerves and to reversibly stretch the tissue and double its resting length,” says study coauthor Jeremy Goldbogen, assistant professor of biology at Stanford University’s Hopkins Marine Station.

As reported in the journal Current Biology, nerve fibers are concentrated in the core of the nerve, arranged in simple folds, and wrapped in a layer of very thick elastin and collagen. When the whale begins its lunge, the fibers unfold and stretch quickly, with the collagen sleeve eventually functioning as a “check ligament” to prevent overstretching. As the oral cavity returns to its pre-lunge size, the elastin acts to recoil the nerve into a folded bundle.

Without such highly extensible nerves, the whales could not perform lunge feeding as efficiently. As such, extensible nerves should be considered one of the key morphological adaptations that allowed rorqual whales to become the largest animals on the planet.

“This emphasizes the importance of comparative organismal physiology in that we can discover unique adaptations that may inspire next-generation applications in bioengineering, medicine, and beyond,” Goldbogen says.

Researchers from University of British Columbia, and the National Museum of Natural History are coauthors of the study.

Some whales eat 10 million pieces of microplastic a day

Nerve-cancer distance may be key to oral cancer outcomes