A European corn borer larva feeding in a tunnel in a cornstalk. (Credit: Eric Bohnenblust/Penn State) 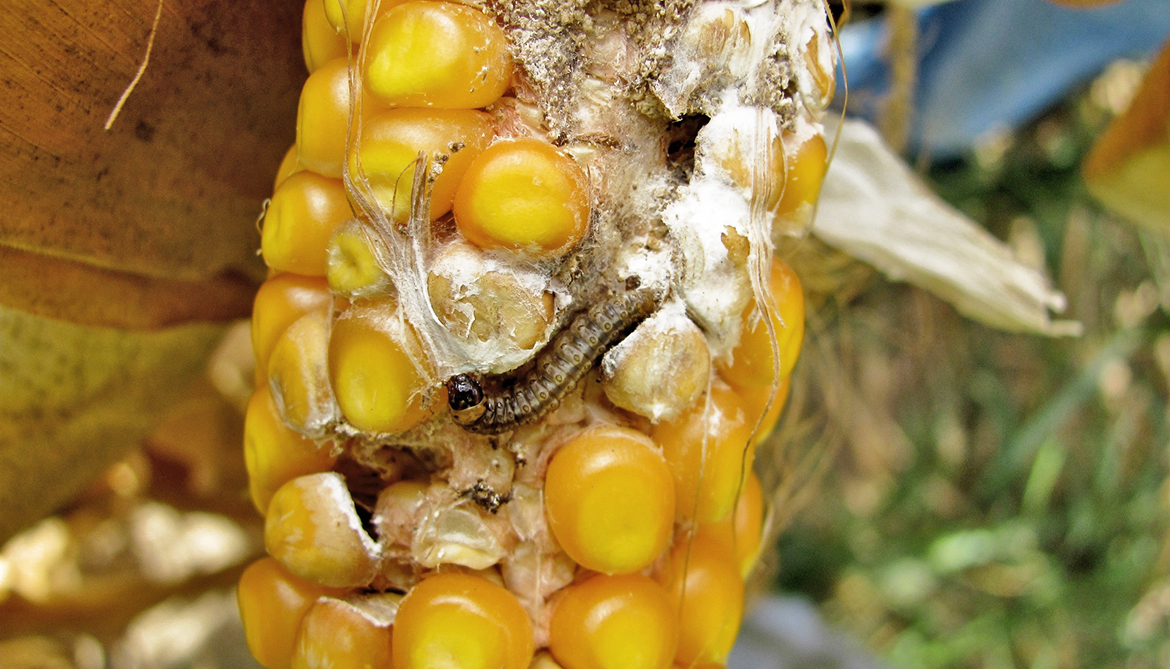 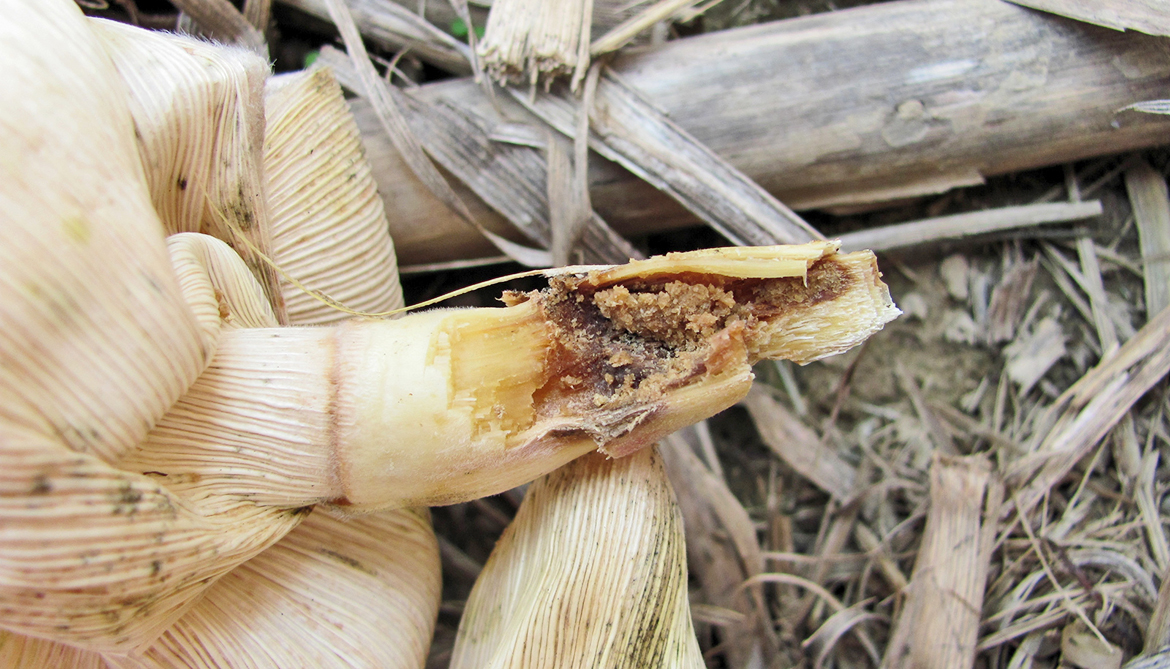 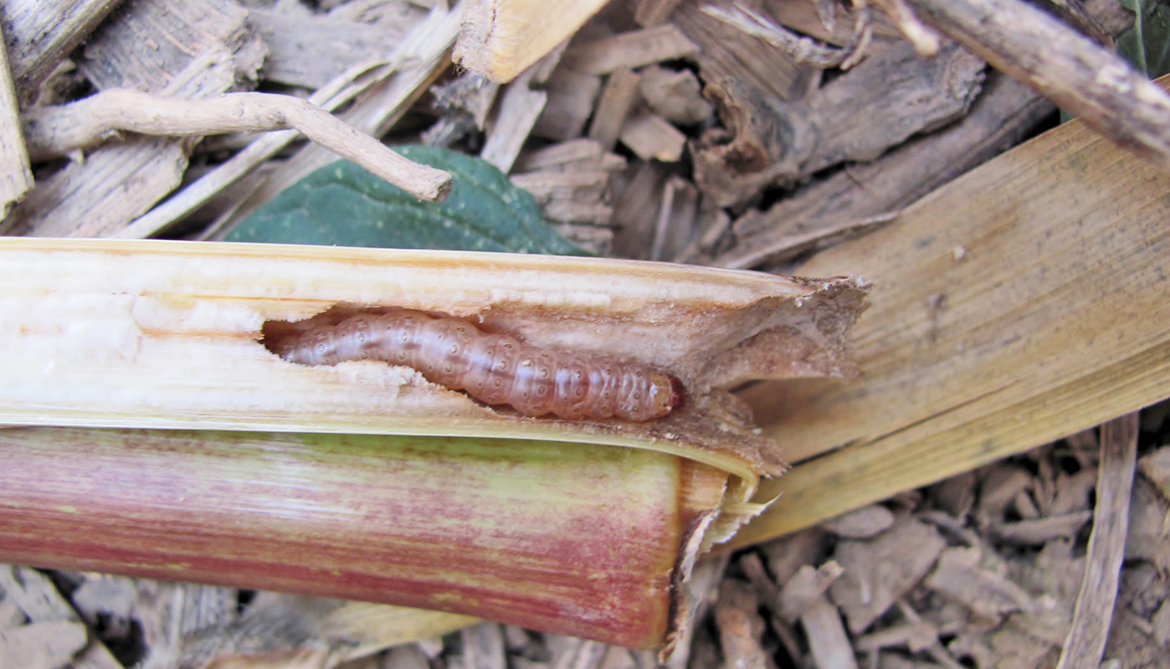 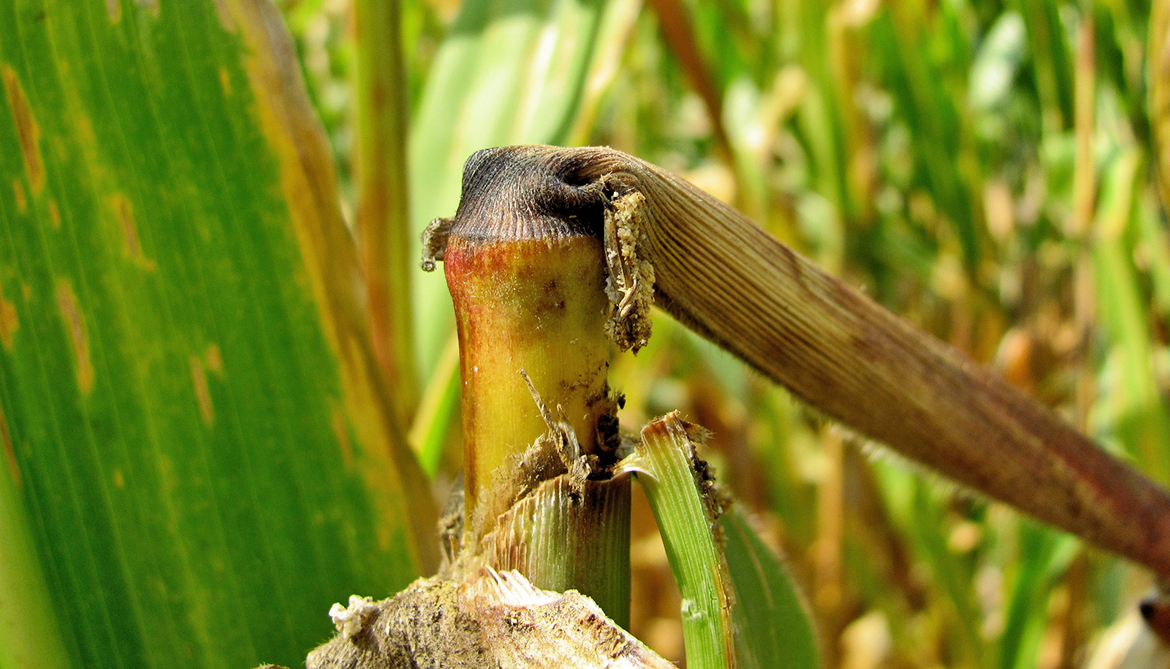 To protect their crops from the European corn borer (ECB), many farmers are growing a genetically modified type of corn that expresses insecticidal toxins that kill the worms.

The toxins were isolated from the bacterium Bacillus thuringiensis (Bt).

“ECB, which was introduced to North America from Europe in the 1900s, used to be the most important pest of corn in the United States,” says John Tooker, assistant professor of entomology at Penn State.”Not that long ago, it caused crop losses that annually approached $1 billion nationwide, and $35 million in the northeastern United States.”

“These Bt corn hybrids have been widely adopted because they are exceptional for managing ECB—99.9 percent of larvae are expected to die when they feed on plants expressing Bt toxins,” he says. “Yet a drawback to using these hybrids has been the high cost of purchasing the seeds, which can decrease potential profits.”

During September of each season, they assessed corn borer damage on 400 random plants at each site. They sliced open stalks, and recorded the number of ECB tunnels and larvae per stalk. They also evaluated corn ears for ECB damage.

“Our results confirm that we are seeing widespread population declines of ECB in the East, similar to declines that have been found in the Midwestern United States,” says Eric Bohnenblust, graduate student in entomology.

“With less ECB damage around, non-Bt hybrids in our tests yielded just as well as Bt hybrids, so the decline in ECB populations provides an opportunity for growers to generate greater profits by planting high-yielding non-Bt seed, which is much cheaper than Bt seed. Secondarily, planting more non-Bt corn will reduce the potential for ECB to develop resistance to Bt toxins as corn rootworms have done in about a dozen states so far.”

Results are published in an early online edition of the journal Pest Management Science.

In addition to investigating the extent of ECB populations and damage in Pennsylvania, the researchers also examined the predictive ability of the PestWatch network, which traps ECB and other moth species and provides data about their prevalence.

“While traps within the PestWatch network provide insight on ECB population size, where moths are active and periods of ECB activity, their utility as a predictive tool, particularly for field corn, has been limited,” Bohnenblust says.

“We found that ECB moths captured in the PestWatch network correlate well with in-field populations of ECB in field corn, which means that PestWatch data hold potential to inform decisions about whether Bt or non-Bt hybrids are right for growers in different parts of the state.”

Growers planting Bt corn hybrids are required to plant set amounts of non-Bt corn as part of a resistance management plan to help prevent evolution of ECB populations that are resistant to the Bt toxins expressed in corn hybrids, Tooker says.

“Based on our results, we would tell growers to scout their non-Bt acreage toward the end of the growing season,” he says. “If they have low ECB populations, and PestWatch reflects low moth captures in their area, we would recommend that in the next season they give competitive non-Bt hybrids a try on some of their acres because they could see better profits from growing non-Bt hybrids.”