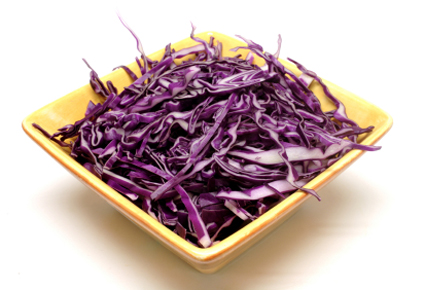 Cabbage and other crunchy vegetables contain a cancer-fighting compound known as isothiocyanates. A new study suggests that a person’s genetic makeup may play a role in the protective effects of eating such vegetables. Even if two individuals eat the same amount of cruciferous vegetables, the level of beneficial isothiocyanates in each person’s body may not be the same, and that means they may not be getting the same level of protection. (Courtesy: iStockphoto)

VANDERBILT (US)—Crunchy vegetables like broccoli, cauliflower, and cabbage have been shown to protect against some forms of cancer. Now, a new study suggests genetic makeup may influence how well those vegetables protect individuals.

“We wanted to know if the presence of the GSTM1 and GSTT1 genes would affect the way a patient metabolized and eliminated isothiocyanates from the body and if this affected cancer risk,” says Gong Yang, research assistant professor of medicine at Vanderbilt University and first author of the study published in the American Journal of Clinical Nutrition.

Yang and his colleagues studied a group of women enrolled in the Shanghai Women’s Health Study, which recruited 74,942 women between 1996 and 2000 from seven urban communities in Shanghai, China. Included in Yang’s study were 322 colorectal cancer patients and 1,251 cancer-free control patients.

Women in the Shanghai study answer a food-frequency questionnaire which includes questions about five cruciferous vegetables frequently consumed in that population, including Chinese greens (bok choy), green cabbage, Chinese cabbage (nappa), cauliflower, and white turnip/radish. The study did not differentiate between raw and cooked vegetables.

But food questionnaires rely on a study participant’s memory, so the researchers wanted to measure actual isothiocyanate levels in the body.

Since urine is the principal disposal route for isothiocyanates, urinary concentrations provide a method to measure the level.

The investigators found a woman’s genetic makeup did have an influence on how quickly isothiocyanates were eliminated from the body.

Women with at least one copy of the GSTM1 gene excreted more of the protective isothiocyanates in their urine than those who did not carry this gene, and those who carried both the GSTM1 and GSTT1 genes had the highest level of excretion.

Since individuals don’t know if they carry these specific genes, should they be worried about their intake of cruciferous vegetables?

“Eating these kinds of vegetables has been shown to be good for your overall health, so we would encourage everyone to include them in their diets,” Yang says.

“While the effect of isothiocyanates may not be as protective for some people, it may help them reduce other kinds of diseases, like cardiovascular disease.”

Yang points out these vegetables are high in several vitamins and minerals as well as other beneficial phytochemicals.

He says the data from this study are promising and may have significant implications in the prevention of colorectal cancer, one of the most common cancers in the United States and many other parts of the world.