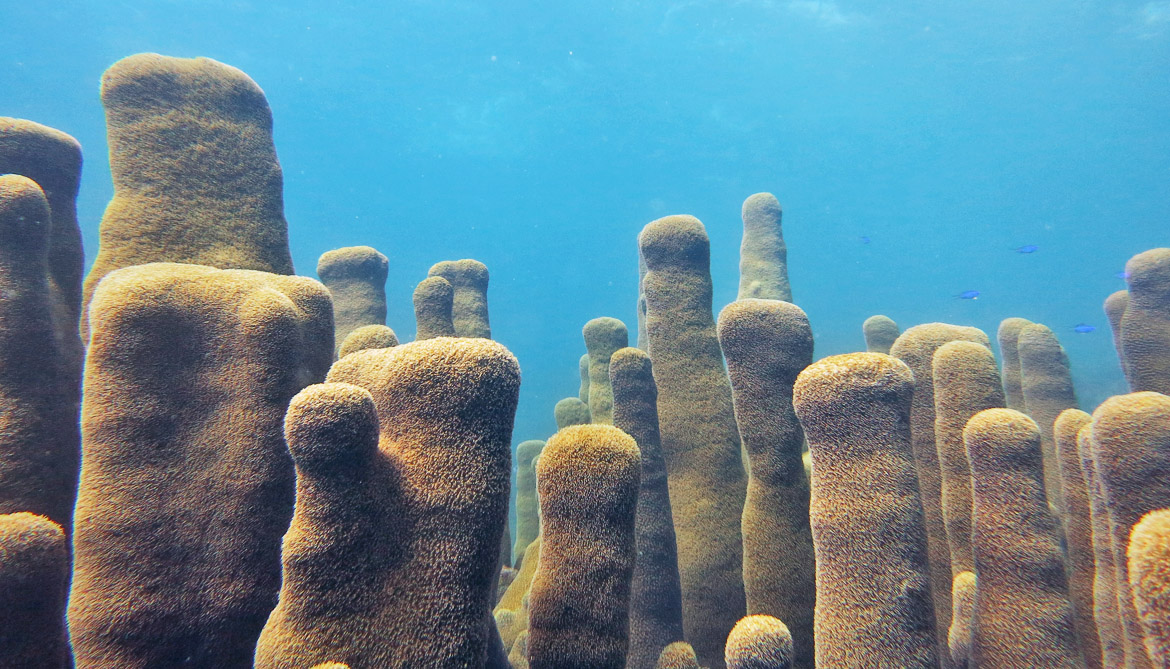 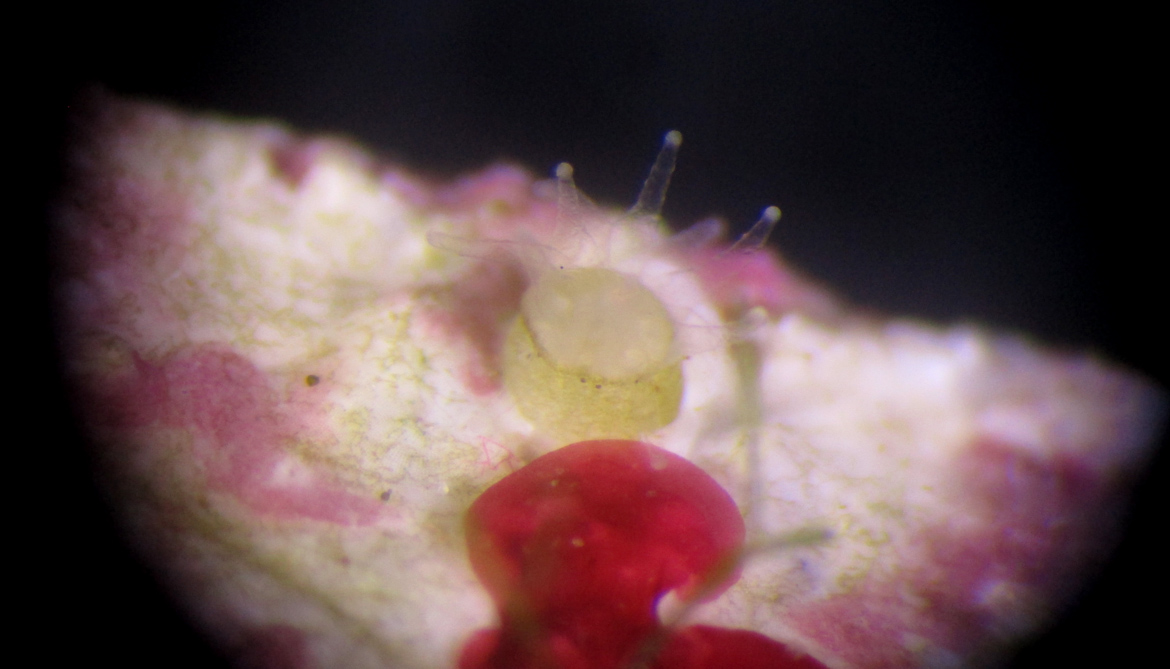 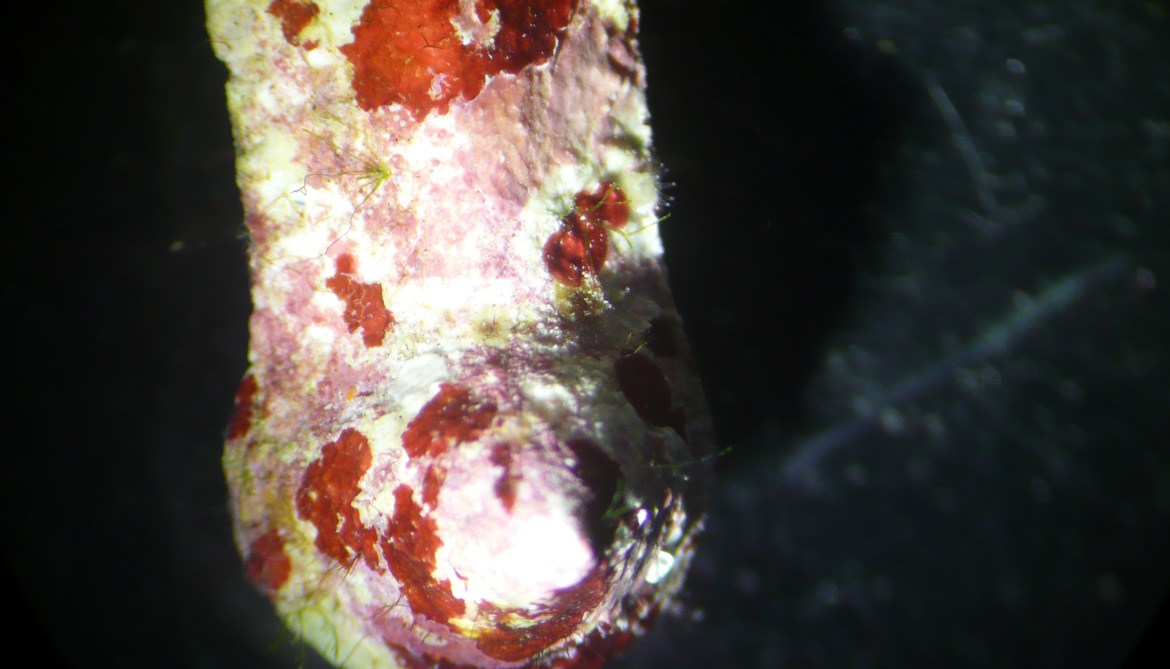 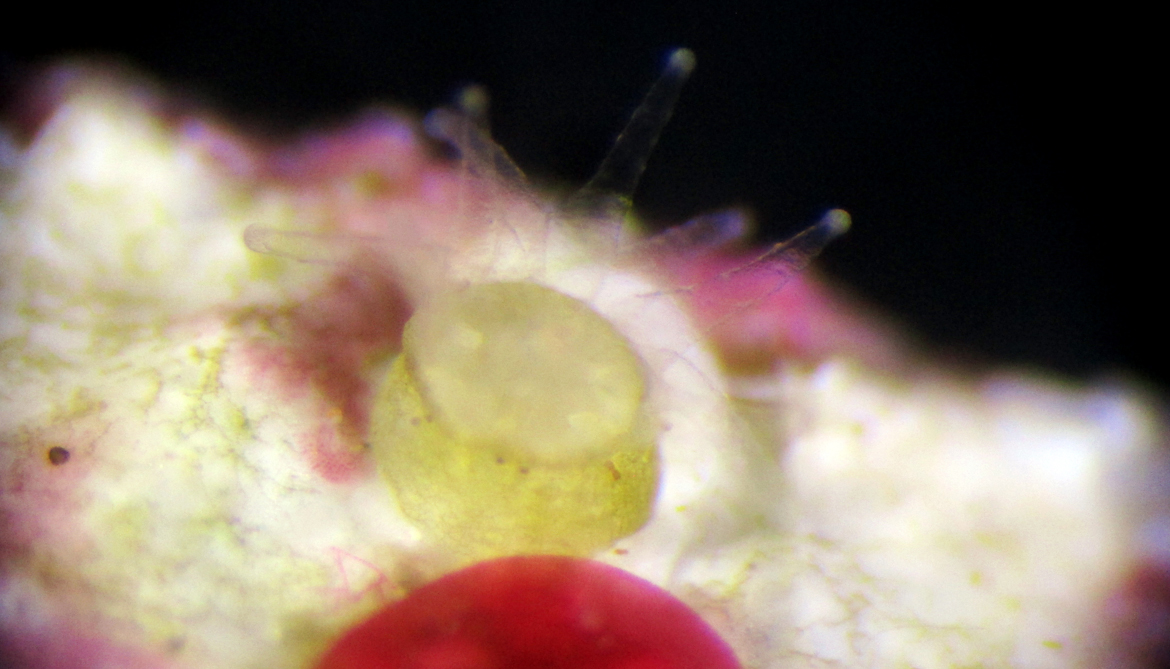 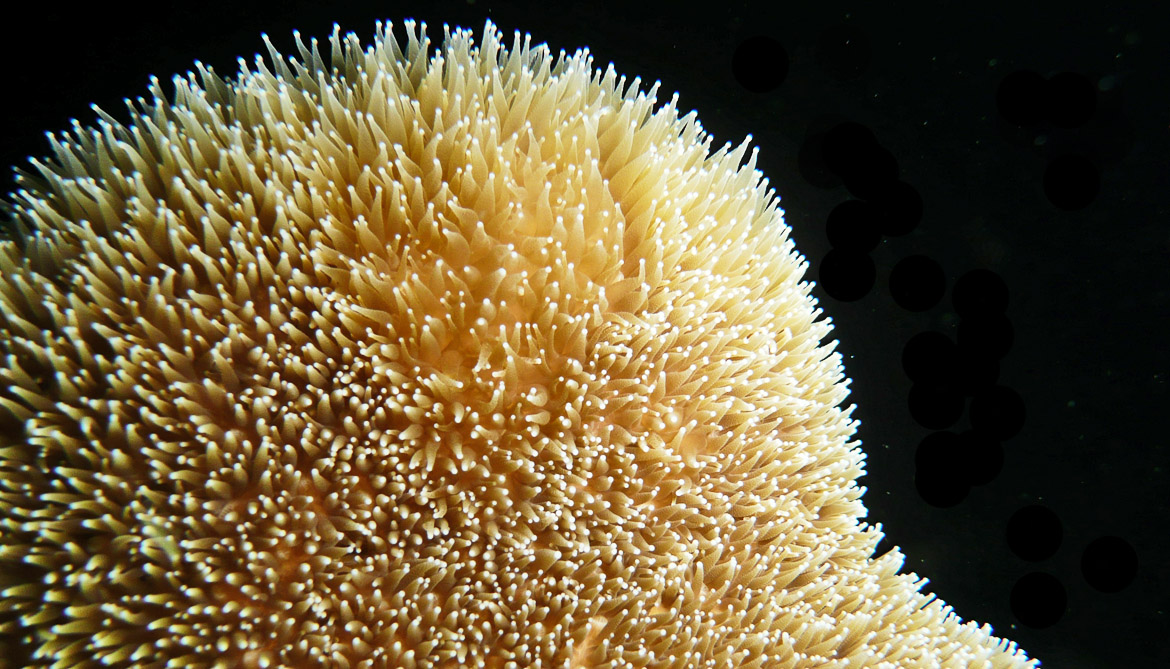 Scientists have bred and raised a rare and threatened coral species, Caribbean pillar coral, in the lab for the first time.

The work provides the first photos and documentation of juveniles of this species, and could provide information to aid the conservation of coral reefs in the study area.

The team plans to “out-plant” these lab-grown juveniles in the wild, which could help populations become more resilient to climate change.

The Caribbean pillar coral Dendrogyra cylindrus is rare and understudied, and small juveniles of this species have never been seen in over 30 years of surveys in the Caribbean. The species is one of very few corals in the Caribbean that forms large branches, which can provide shelter for important fish species and can reduce the energy of storm surge as it approaches shore.

“Strangely enough, pillar corals happen to spawn just half an hour before another threatened coral that is far better studied—the elkhorn corals,” says Kristen Marhaver, lead author of the study and senior fellow at TED.

“So the reason why for so many years we’ve never witnessed spawning pillar corals is that, while they were spawning, virtually all coral spawning researchers and photographers in the Caribbean were on their boats doing final preparations on their dive gear for elkhorn coral spawning. It was literally right under our noses for years.”

The findings will be presented at a TED Conference in Vancouver, Canada tonight at approximately 7 pm ET, and also appears in the journal BMC Ecology. Mónica Medina, associate professor of biology at Penn State, is a coauthor of the study.

Pillar corals, which spawn only on a few specific nights of the year, build colonies that are either all male or all female. The males first release sperm into the seawater, shortly followed by the females releasing their individual eggs. This timing makes collection and breeding research extremely difficult.

“Now that we’ve successfully reared juvenile pillar corals in the lab, not only can we study them in more detail to find out what factors could be threatening their survival in the wild, but it also means that we can try to out-plant a small number back to the reef,” says Marhaver, who began this work as a postdoctoral researcher at the University of California, Merced.

“We don’t know if this will work and it is certainly not a cure-all for the reef. But especially in such a rare coral species, a tiny boost of a few new individuals could make a big difference in their genetic diversity, allowing their populations to adapt and become more resilient to the changing environment in the oceans.”

After the full moon

After studying the sunset times and lunar cycles taken from other spawning observations, the research team timed their egg and sperm collection around the most likely annual spawning times—exactly three nights after the August full moon and around 100 minutes after sunset.

At depths of roughly 20-22 feet on a Curaçaoan coral reef with a large population of pillar corals, the team arranged nets and funnels over the female colonies to automatically collect eggs, and used syringes near the male colonies to manually collect sperm from spawn clouds as they appeared.

The team then attempted to fertilize the eggs by mixing the collected eggs and sperm underwater and on shore.

In the lab, the team carefully adjusted several factors related to fertilization times and seawater type and nurtured the eggs to develop into larvae. The scientists managed to successfully grow the embryos to the swimming larvae stage—the first time this have ever been seen—and settled them onto ceramic tripods in water tanks. The settled juveniles then survived for over seven months.

How to protect corals

Now that they have determined how best to grow these coral in the lab, work can begin on studying how different factors affect their survival. By testing in the lab the effect of water type, contaminants, or the presence of different species of animals and bacteria, the scientists may be able to translate these findings to the wild, and explain why juvenile pillar corals are missing in certain areas.

This research may help to support the protection of local coastal areas. Populations of branching coral colonies often are identical genetically, making them extremely susceptible to threats such as disease and temperature shock. The team therefore plans to return a few lab-reared juveniles to the reef to see if they will grow and help jump-start the population’s genetic diversity.

This work could help the species to adapt and to become more resilient to threats such as climate change. Evidence is growing that juvenile corals can adjust better than adult corals in some places to changing environments. The introduction of new juveniles to the reef, therefore, could help buffer these ecosystems against global threats that affect all corals.

“Given how rare the juveniles are in nature, it was a bit of a question whether the species was still reproducing at all,” says Marhaver. “Corals can also reproduce by fragmentation, so a huge field of pillar corals could in fact be from one single parent colony and might not be able to reproduce.

“Now that we have some of the first solid evidence that they are still able to reproduce, it means we can be cautiously optimistic about the future of this threatened species.”

In addition to Marhaver and Medina, the research team includes Mark Vermeij from the CARMABI Foundation and the University of Amsterdam. The US National Science Foundation funded the study with permission from the Government of Curaçao.