Tugboats battle the fire on the remains of the Deepwater Horizon offshore drilling platform on April 21, 2010. (Credit: Ideum - ideas + media/Flickr) 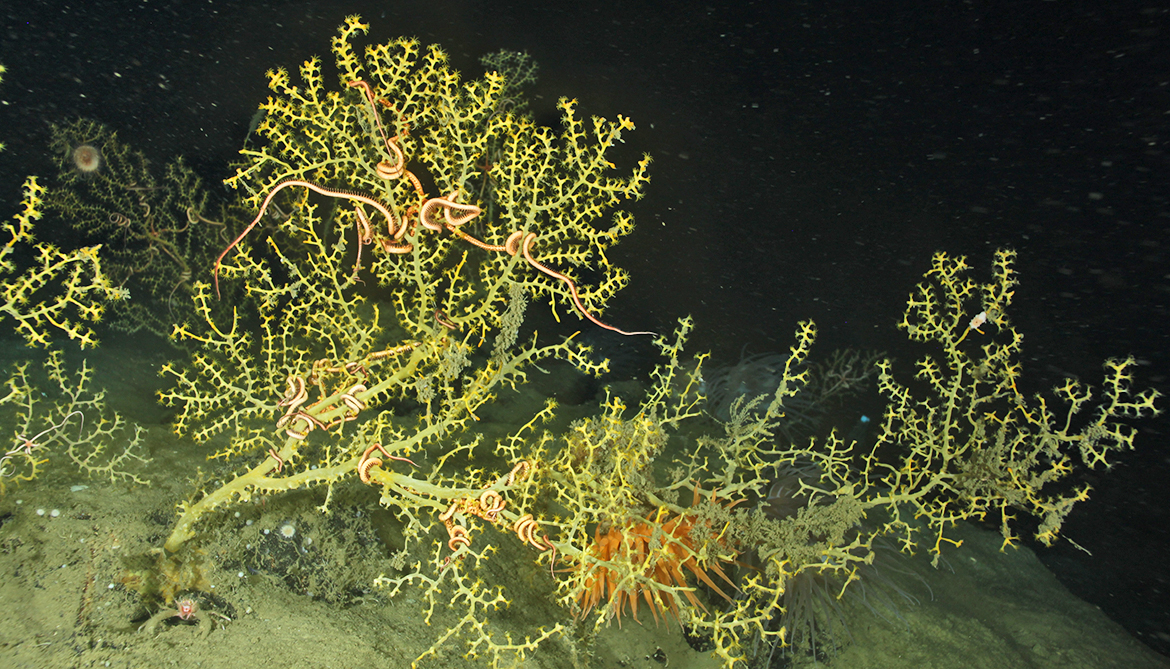 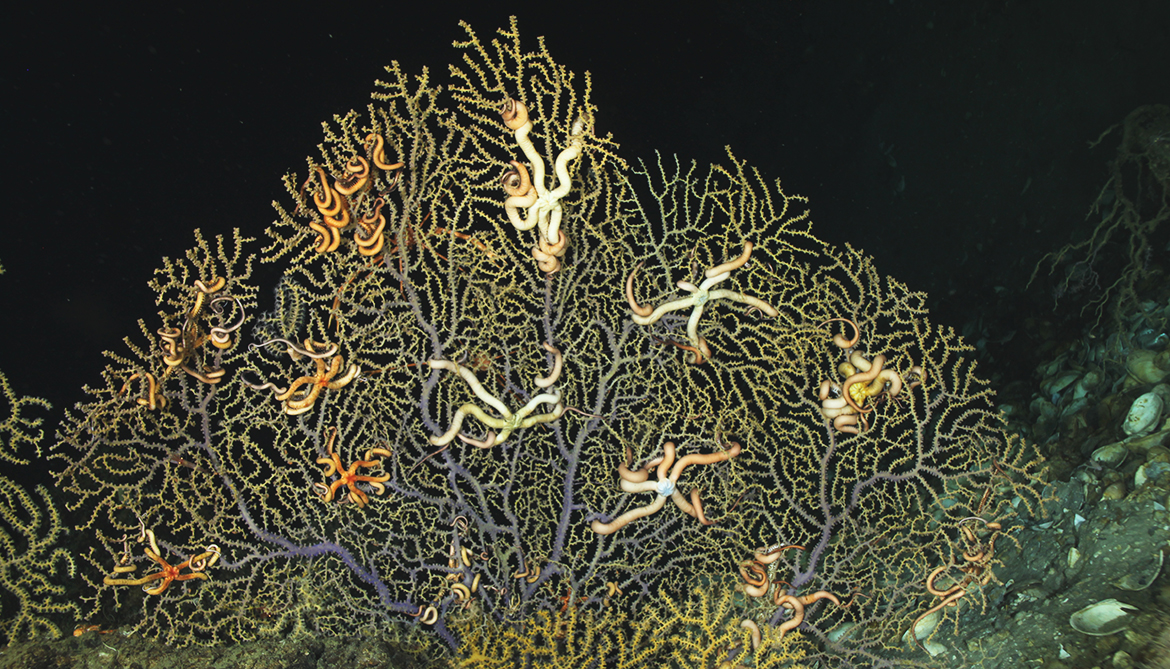 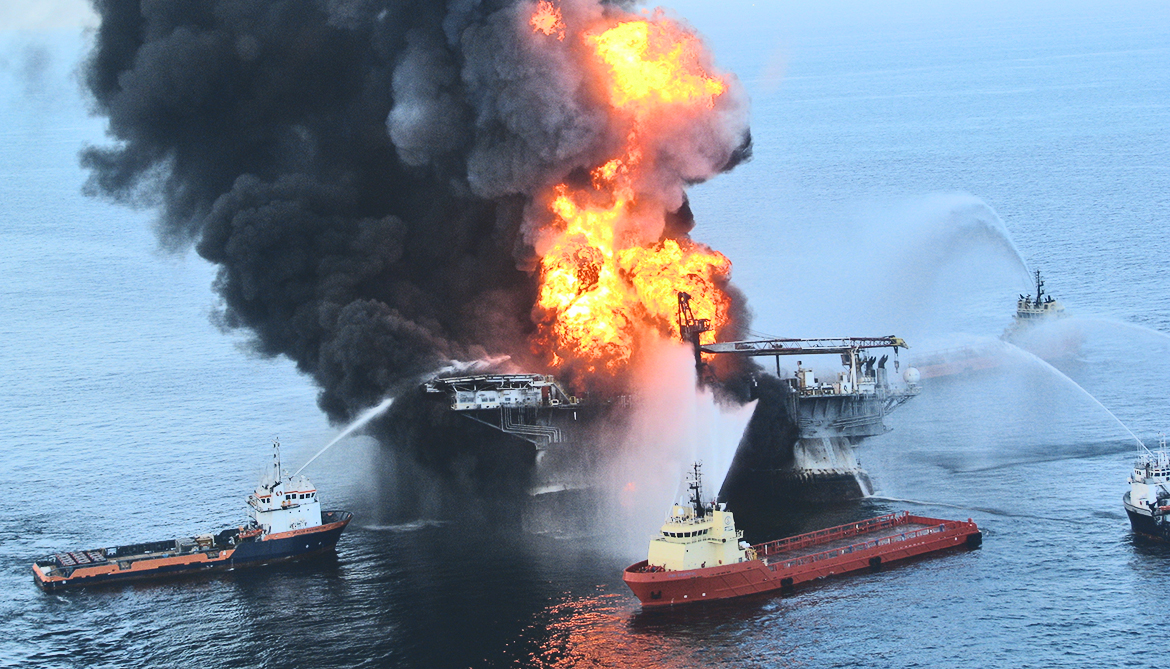 Damage to coral reefs from the 2010 Deepwater Horizon oil spill in the Gulf of Mexico was even more far-reaching than originally believed.

Because the oil from the spill has largely dissipated, researchers say other clues are now needed to identify marine species that were affected by it.

For a new study, scientists used the current conditions at a coral community known to have been impacted by the spill in 2010 as a model “fingerprint” for gauging the spill’s impact in newly discovered coral communities.

“The footprint of the impact of the spill on coral communities is both deeper and wider than previous data indicated,” says Charles Fisher, professor of biology at Penn State.

“This study very clearly shows that multiple coral communities, up to 22 kilometers (13.7 miles) from the spill site and at depths over 1,800 meters (5,900 feet), were impacted by the spill.”

Unlike other species impacted by the spill whose remains quickly disappeared from the ocean floor, corals form a mineralized skeleton that can last for years after the organism has died.

“One of the keys to coral’s usefulness as an indicator species is that the coral skeleton retains evidence of the damage long after the oil that caused the damage is gone,” Fisher says.

For the study, published online in the Proceedings of the National Academy of Sciences, the scientists compared the newly discovered coral communities with one they had discovered and studied around the time of the oil spill, using it as a model for the progression of damage caused by the spill over time.

“We were able to identify evidence of damage from the spill in the two coral communities discovered in 2011 because we know exactly what our model coral colonies, impacted by the oil spill in 2010, looked like at the time we found the new communities.”

Corals are sparse in the deep waters of the Gulf of Mexico, but because they act as an indicator species for tracking the impact of environmental disasters like the Deepwater Horizon blowout, the effort to find them pays off in useful scientific data.

“We were looking for coral communities at depths of over 1,000 meters (3,280 feet) that are often smaller than the size of a tennis court,” Fisher says. “We needed high-resolution images of the coral colonies that are scattered across these communities and that range in size from a small houseplant to a small shrub.”

To begin the search, the team used 3D seismic data from the Bureau of Ocean Energy Management to identify 488 potential coral habitats in a 40-kilometer (25-mile) radius around the spill site. From that list they chose the 29 sites they judged most likely to contain corals impacted by the spill.

The team then used towed camera systems and Sentry, an autonomous underwater vehicle (AUV), which they programmed to autonomously travel back-and-forth across specific areas collecting images of the sites from just meters above the ocean floor. Finally, the team used a Shilling ultra-heavy-duty remote-operated vehicle (ROV), to collect high-resolution images of corals at the sites where they were discovered.

“With the cameras on board the ROV we were able to collect beautiful, high-resolution images of the corals,” Fisher says. “When we compared these images with our example of known oil damage, all the signs were present providing clear evidence in two of the newly discovered coral communities of the impact of the Deepwater Horizon oil spill.”

In searching for coral communities impacted by the Deepwater Horizon oil spill, the team also found two coral sites entangled with commercial fishing line—a finding that serves as a reminder that the Gulf is being affected by a variety of human activities.

The National Oceanic and Atmospheric Administration, the Gulf of Mexico Research Initiative funding to support the Ecosystem Impacts of Oil and Gas Inputs to the Gulf (ECOGIG) consortium administered by the University of Mississippi, and BP as part of the Deepwater Horizon Oil Spill Natural Resource Damage Assessment funded the study.