STANFORD (US) — Like politicians who adopt regional accents to appeal to local audiences, potato chip producers vary the wording on their bags to convey their products’ authenticity in different ways to different buyers.

Stanford University researchers analyzed the marketing language on bags of potato chips and found that whether you crunch an ordinary chip or the priciest exotic-root-vegetable chip, consumers of all social classes value the product that they think is most authentic.

“Authenticity is not solely reserved for expensive taste,” says Josh Freedman, who graduated from Stanford in June with a degree in public policy. “It’s important for all consumers; it’s just manifested in different ways.” 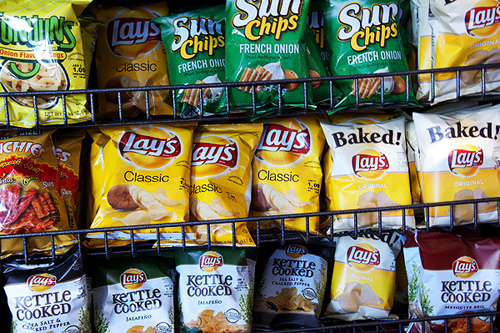 The study, published in the journal Gastronomica, uses potato chips to analyze class identity in food marketing because “you can’t use caviar, you can’t use pork rinds, you have to use something everybody eats and that’s potato chips,” says Dan Jurafsky, a professor of linguistics.

Freedman began the project by going into a grocery store and photographing the language on potato chip bags. He attracted the stares of employees who didn’t know he was working on his final project for Jurafsky’s freshman seminar on food linguistics.

According to Freedman, their analysis shows that fans of economical brands can be reached with words indicating the chips are from “the same recipe that your grandmother used to make.”

“Authenticity for consumers of inexpensive chips is rooted in tradition and hominess,” says Freedman. Jurafsky adds that the wording on inexpensive chips might tout well-known locations in America, or play upon the traditions of the company and its individual founder.

Text on less expensive potato chip bags might mention “an old family recipe,” a time-honored tradition,” or a tip of the hat to “the chips that built our company.”

For expensive potato chips, on the other hand, authenticity is generated through exotic or handmade processes and ingredients that are described as natural. The ingredients list may include “sea salt” or brag that that every batch was “hand-raked.”

“It’s the difference between identity drawn from family values and America and the kind drawn from naturalness and not being artificial,” says Jurafsky.

Freedman and Jurafsky also found that advertisers attempting to draw consumers to expensive chips use rare words, more text, and more complicated grammar, along with more mentions of health. It’s consistent with the tendency for individuals with higher incomes to be well educated and health-conscious.

Freedman and Jurafsky also found language differences that echoed the ideas introduced by economist and sociologist Thorstein Veblen at the turn of the nineteenth century. Veblen thought that the wealthy, or those who could only hope to appear affluent, needed some way to be distinctive from everyone else.

Freedman and Jurafsky found that expensive chips mention not only what they include, but also what is purposely left out. The bags might call the chips unique, the finest— and say they were baked, not fried.

“Why would it be that expensive chips have all these negations? It’s because they’re trying to be different from something else,” says Jurafsky.

Now that Freedman has completed the project, he can no longer look at restaurant menus without thinking about their careful wording. “It made me more aware of how we use language and how pervasive certain linguistic elements are,” he says.

But the project hasn’t changed Freedman’s snacking habits. “I don’t eat that many potato chips,” he says.