"As an economist, the big takeaway is that prices carry some valuable information about trafficking in illegal goods," Siddharth Chandra says. (Credit: S Kaiser/Flickr)

Cities in the US north and northeast tend to be destination cities for cocaine trafficking, while cities in the south and along the west coast are source cities, according to a new tracking system.

Cities in other regions, like Chicago and Atlanta, are major hubs.

Researchers say law enforcement authorities need to get a better handle on cocaine trafficking patterns if they are to take control of one of the world’s largest illegal drug markets. 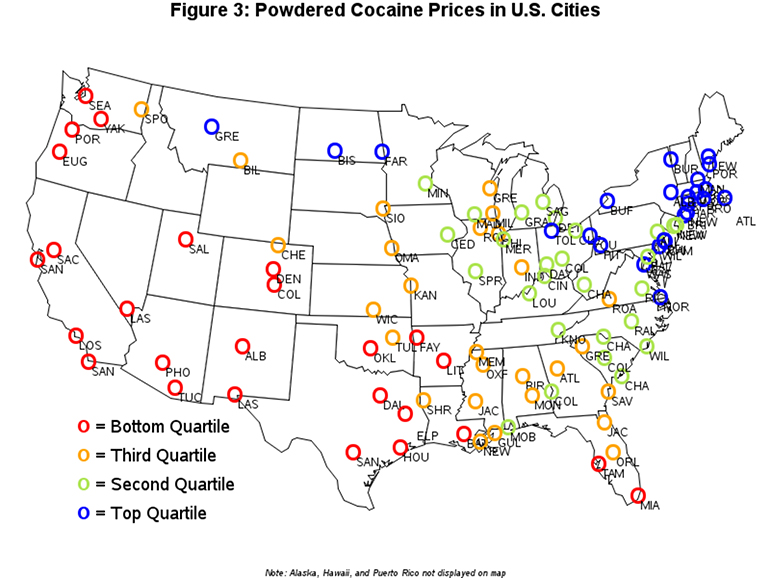 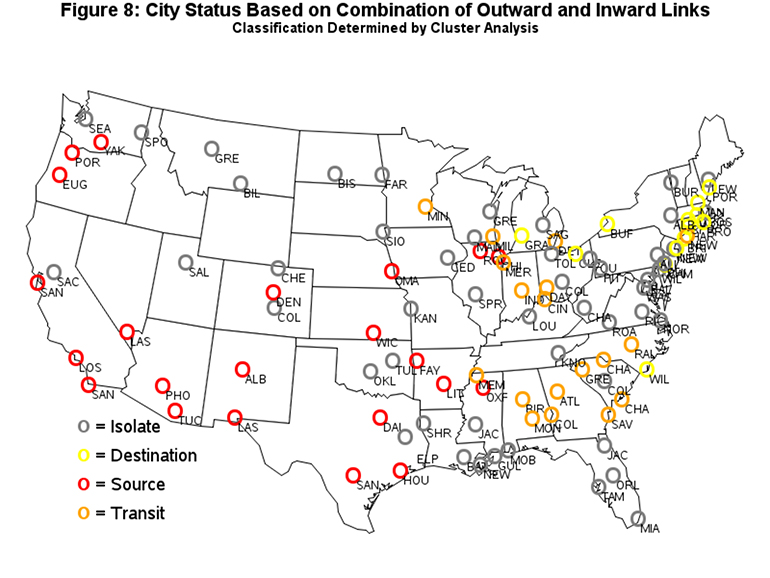 Siddharth Chandra, an economist at Michigan State University, studied wholesale powdered cocaine prices in 112 cities to identify city-to-city links for the transit of the drug, using data published by the National Drug Intelligence Center of the US Department of Justice from 2002 to 2011.

“These data enable us to identify suspected links between cities that may have escaped the attention of drug enforcement authorities,” says Chandra, director of the Asian Studies Center.

“By identifying patterns and locations, drug policy and enforcement agencies could provide valuable assistance to federal, state and local governments in their decisions on where and how to allocate limited law enforcement resources to mitigate the cocaine problem.”

Chandra analyzed prices for 6,126 pairs of cities for possible links. If two cities are connected, prices will move in lockstep. So if there’s a spike in cocaine prices in the city of origin—or a source city, where the drug originates—that spike will be transmitted to all cities dependent upon that source.

Cocaine will flow from the city with the lower price to the city with the higher price. It takes a number of transactions for cocaine to reach its end price, and prices tend to go up as drugs move from one city to another, he says.

While cities in the north and northeast are destination cities for cocaine, Chandra found cities in the southern US and along the west coast are source cities. In addition, cities in other regions, like Chicago and Atlanta, are major hubs for cocaine.

Chandra also created a map of possible drug routes, which he compared with a map produced by the National Drug Intelligence Center, and found that a number of his routes hadn’t been identified.

Chandra cautions his methodology shouldn’t be used in isolation. Instead, it is one piece of the larger drug trafficking puzzle. Individual bits of the publicly available NDIC data may or may not be accurate based on whether drug smugglers tell the truth. However, the combined data could lead to better drug enforcement.

The NDIC was closed in 2012 and Chandra isn’t sure if another agency is continuing to collect data. But his research shows the importance of doing so.

“As an economist, the big takeaway is that prices carry some valuable information about trafficking in illegal goods,” Chandra says.

The study is published in the Journal of Drug Issues.

What will get clothes factories to comply with labor standards?

It would pay to link eastern and western power grids