UC BERKELEY (US) — Two new studies provide a clearer picture of why some species move in response to climate change, and where they go.

One study, published in the journal Global Change Biology, finds that changes in precipitation have been underappreciated as a factor in driving bird species out of their normal range.

In the other study, published August 15 in Proceedings of the Royal Society B, researchers report a sharp decrease in range for the Belding’s ground squirrel, but note some surprising areas where the species found refuge. 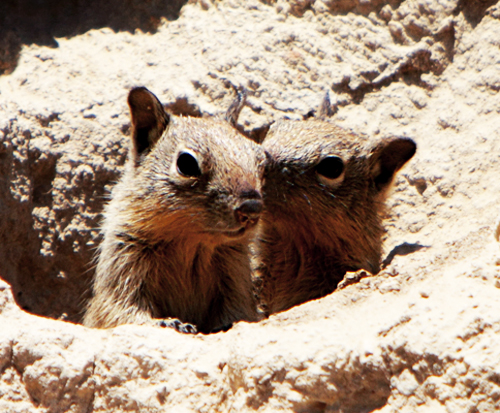 “As predictions indicate that the range of the Belding’s ground squirrel could disappear out of California by the end of the century, these areas might be particularly important for this and other climate-impacted species,” says Toni Lyn Morelli. (Credit: Alan Verdon/Wikimedia Commons)

The two studies exemplify the type of research being explored through the Berkeley Initiative in Global Change Biology, or BiGCB, an ambitious effort to better understand and predict how plants and animals will respond to changing environmental conditions by studying how they have responded to earlier periods of climate change.

The first study’s findings challenge the conventional reliance on temperature as the only climate-related force impacting where species live. The authors note that as many as 25 percent of species have shifted in directions that were not predicted in response to temperature changes, yet few attempts have been made to investigate this.

“Our results redefine the fundamental model of how species should respond to future climate change,” says study lead author Morgan Tingley, who began the research as a graduate student in University of California, Berkeley’s Department of Environmental Science, Policy and Management.

“We find that precipitation changes can have a major, opposing influence to temperature in a species’ range shift. Climate change may actually be tearing communities of organisms apart.”

The findings are based upon data gathered from the Grinnell Resurvey Project, which retraces the steps of Joseph Grinnell, founder of the UC Berkeley Museum of Vertebrate Zoology, in his surveys of Sierra Nevada wildlife from the early 1900s.

The resurvey project, which began in 2003, was led by Craig Moritz, former UC Berkeley professor of integrative biology, and his colleagues at the Museum of Vertebrate Zoology.

Flying upslope and down

For the bird study, the researchers included 99 species in 77 historic survey sites in Lassen Volcanic, Yosemite, and Sequoia national parks, as well as in several national forests.

In the century that has passed since the original Grinnell survey, summer and winter temperatures have increased an average of 1-2 degrees Celsius in the Sierra Nevada. Yosemite experienced the most warming—with average temperatures increasing by 3 degrees Celsius—while parts of Lassen actually got cooler and much wetter.

Among the bird species that moved upslope are the Savannah Sparrow, which shifted upward by 2,503 meters, and other meadow species such as the Red-winged Blackbird and Western Meadowlark. The ones that shifted their range downslope include both low-elevation species like the Ash-throated Flycatcher and Western Scrub-Jay, and high-elevation species like the Cassin’s Finch and Red-breasted Nuthatch.

“Temperature did not explain the majority of these shifts,” says Tingley, who is now a postdoctoral researcher at Princeton University’s Program in Science, Technology and Environmental Policy. “Only when we included precipitation as an explanatory variable did our models adequately explain the movement patterns we observed.”

The researchers found that while rising temperatures tended to push birds to cooler regions upslope, increased precipitation, which is more common at higher elevations, pulled them downslope.

“We believe many species may feel this divergent pressure from temperature and precipitation, and in the end, only one wins,” says Tingley.

Notably, more than half of the bird species in each of the three study regions did not shift their range despite pressures from climate change. “Moving is a sign of adaptation, which is good from a conservation standpoint,” says Tingley.

“More worrisome are the species that have not shifted. How are they adapting? Are they moving, but we just can’t detect it? Or are they slowly declining as environmental conditions gradually become less ideal where they live?” 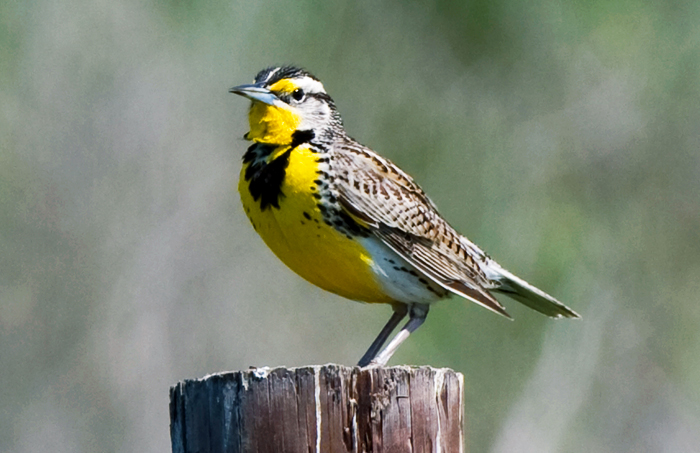 Among the bird species that moved upslope are the Savannah Sparrow, which shifted upward by 2,503 meters, and other meadow species such as the Red-winged Blackbird and Western Meadowlark, seen here. (Credit: Kevin Cole/Flickr)

The answers are complex, as illustrated by the second paper about range changes for a species of squirrel found in the mountains of the western United States.

In that paper, researchers again used information obtained from the Grinnell Resurvey Project. Through visual observations and trapping surveys conducted throughout the mountains of California, they discovered that the Belding’s ground squirrel had disappeared from 42 percent of the sites where they were recorded in the early 1900s. Extinctions were particularly common at sites with high average winter temperatures and large increases in precipitation over the last century.

“We were surprised to see such a dramatic decline in this species, which is well-known to Sierran hikers and was thought to be fairly common,” says study lead author Toni Lyn Morelli, a former National Science Foundation postdoctoral researcher who was based at UC Berkeley.

“In fact, the rate of decline is much greater than that seen in the same region for the pika, a small mountain-dwelling cousin of the rabbit that has become the poster child for the effects of climate warming in the contiguous United States.”

Morelli adds that the squirrels are thriving in areas that have been modified by humans. For example, irrigated Mono Lake County Park serves as an artificial oasis that sustains squirrel populations despite otherwise hot and dry conditions in eastern California.

“As predictions indicate that the range of the Belding’s ground squirrel could disappear out of California by the end of the century, these areas might be particularly important for this and other climate-impacted species,” says Morelli, who is now a technical advisor for the US Forest Service’s International Programs in the Democratic Republic of Congo.

Although the Belding’s ground squirrel is widespread, the rapid decline in its distribution is of concern because it is an important source of food for raptors and carnivores. However, the paper suggests that even when climate change causes large range declines, some species can persist in human-modified areas.

“Taken together, these two studies indicate that many species have been responding to recent climate change, yet the complexities of a species’ ecological needs and their responses to habitat modification by humans can result in unanticipated responses,” says Steven Beissinger, professor at UC Berkeley’s Department of Environmental Science, Policy and Management and the senior author on both studies.

“This makes it very challenging for scientists to project how species will respond to future climate change.”