UC BERKELEY (US) — The public can help scientists by deciphering and recording the hand-written field notes that accompany a million insect specimens, many dating back more than 100 years.

Along the way, participants in the project, called Calbug, are getting a peek into history and the treasures held in museum collections. Among the many scientifically valuable objects in University of California, Berkeley’s Essig Museum collection is at least one—a ground beetle from Tierra del Fuego, Chile—that was collected in 1833 by none other than Charles Darwin.

Calbug teamed up with two other natural history collections—one focused on plants and the other on birds—to create Notes from Nature, a citizen science project that draws on the public to tame the voluminous records stored in drawers, jars, and bookshelves in natural history museums throughout the world. The project officially launched yesterday. 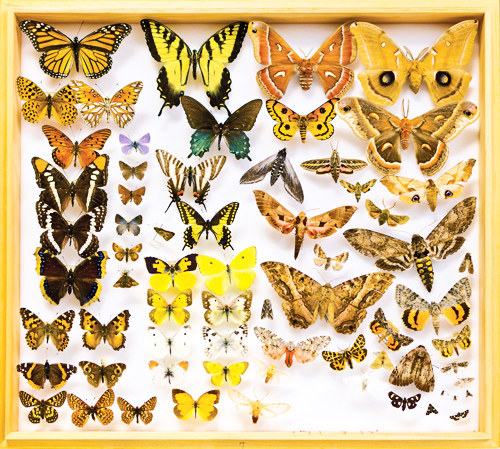 “What really turns people on is knowing that they are contributing to science in a meaningful way,” says Calbug co-investigator Kipling Will, associate professor of environmental, science policy and management. “These citizen science projects speak to the importance of public engagement in science.”

“Without the help of citizen scientists, processing the sheer volume of records held in natural history collections—estimated to be well over 2 billion worldwide—would take generations,” adds Rosemary Gillespie, director of the Essig Museum and principal investigator of the Calbug project.

Notes from Nature is among the many projects that fall under the umbrella of Zooniverse, a highly successful web-portal where citizens can help answer a diverse array of scientific questions, such as how stars form, what whale calls mean, and what life was like in the ancient Egyptian town of Oxyrhynchus.

“Our projects help answer research questions that can only be solved by a significant amount of human attention—they require people, not computers,” says Arfon Smith, director of citizen science at the Adler Planetarium in Chicago and the technical lead for Zooniverse. “People have responded in a way that is truly great. There is an appetite for contributing to something real.”

“California has a rich history of insect collecting dating back to around 1900 and earlier,” says Gillespie, a professor in UC Berkeley’s department of environmental science, policy and management. “Through Calbug, our goal is to make at least some of those records, which are normally inaccessible to the public, available to people around the world.

“And by converting those labels into electronic records, it will be possible for us to track any changes in range for different species, and that provides insight into how animals react to changes in the environment.”

In addition to insects, Notes from Nature participants can help digitize plant records from the Southeast Regional Network of Expertise and Collections (SERNEC). The SERNEC collections include thousands of specimen images, labels, and ledgers from hundreds of herbaria in the Southeast United States.

“We originally thought digitization would have to be done by brute force alone, which meant hiring undergrads to manually enter the data one record at a time,” says Will. “Even for a small portion of our collection, this would have taken many years to complete. By joining the Notes from Nature partnership, we expect to meet and exceed our goal, and in the process develop methods that other collections can adopt.”

Questions remain about the level of accuracy of the transcriptions entered by the citizen scientists. Researchers from the University of Colorado Museum of Natural History are working with Zooniverse to evaluate the cost, accuracy, and speed of volunteer transcriptions from the Notes from Nature site.

Thanks to a beta launch in late April of the first 20,000 images, which included an array of insects like bombardier beetles and skipper butterflies, Calbug is already well on its way to completion.

About a third of these records have already been transcribed by more than 2,000 users, including Maggie Sanders, a homemaker from Fuita, Colorado, who has completed nearly 400 transcriptions since late April.

“I have no background in science whatsoever, but I love seeing patterns in nature,” says Sanders. “I’ve at least dabbled in about a dozen citizen science projects through Zooniverse. That’s the beauty of it all: there are no time requirements, no qualifications, just a few moments of training, and suddenly I’m transcribing ancient Greek papyri or describing galaxies or measuring fish.”

Calbug is part of the Berkeley Initiative in Global Change Biology (BiGCB), an effort to analyze biological records during ancient and more recent episodes of environmental change to better forecast how plant and animal populations might adapt to our rapidly changing planet.

Flies can smell the motion of odors

Termite kings and queens are awesome parents, and then retire

Math clarifies how some fireflies twinkle in sync