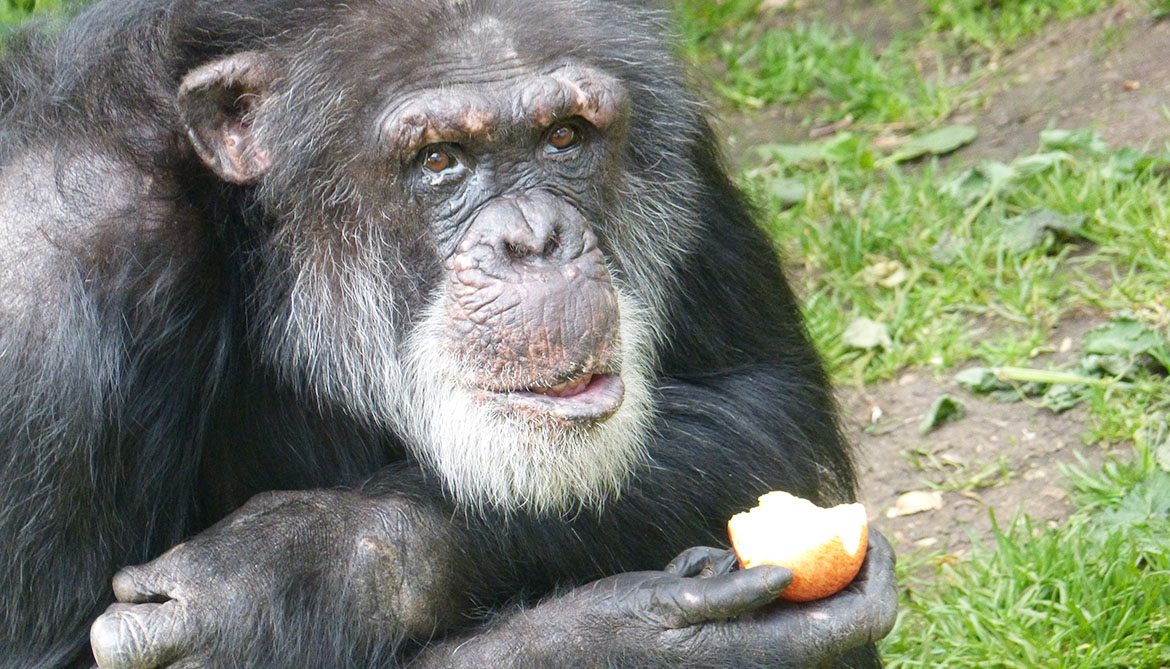 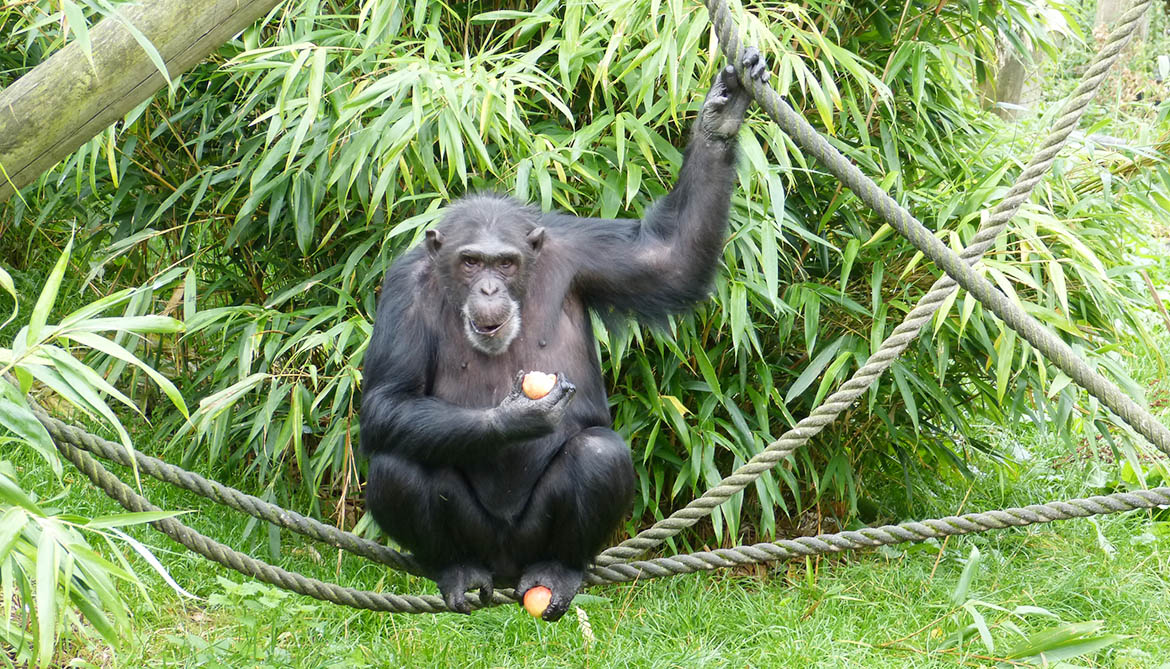 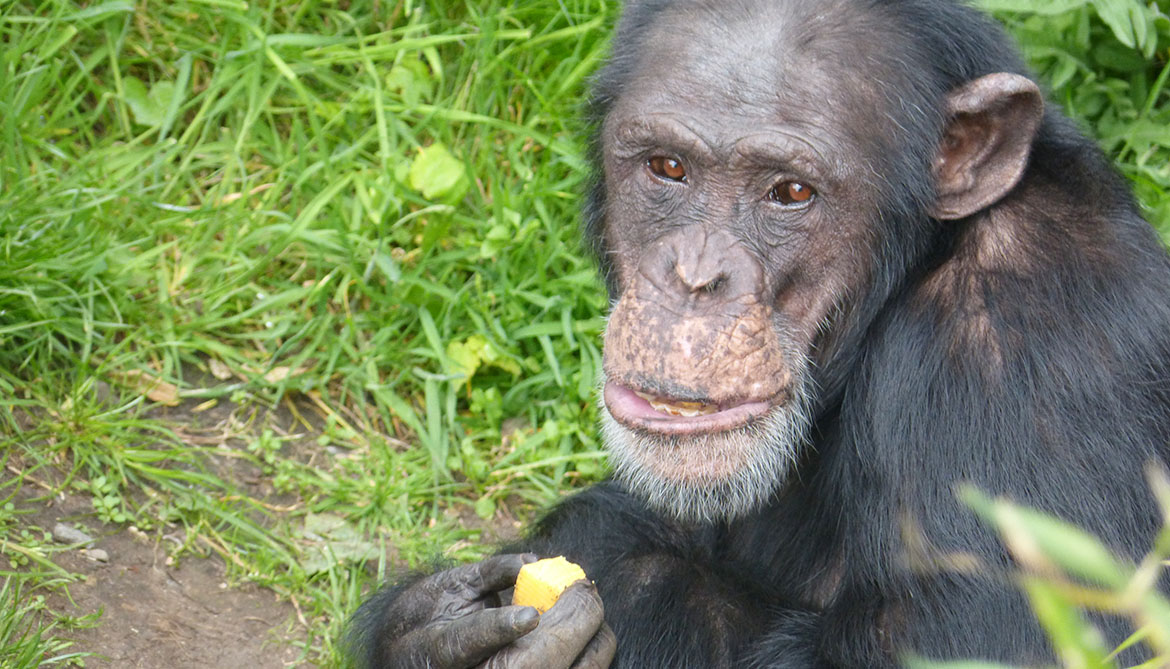 Chimpanzees give distinct grunts when they find different types of food—such as apples—and other chimpanzees understand the meaning of those grunts.

But when scientists brought together two separate groups of chimpanzees, both of which had different grunts for apples, they uncovered the first evidence that chimpanzees can change the structure of those grunts based on social interactions.

Listen to the apple grunts

“An extraordinary feature of human language is our ability to reference external objects and events with socially learned symbols, or words,” says Katie Slocombe of the psychology department at the University of York.

“These data represent the first evidence of non-human animals actively modifying and socially learning the structure of a meaningful referential vocalization.”

Though non-human primates can produce vocalizations, such as alarm calls and food calls, that refer to external objects in the environment, it is generally accepted that their acoustic structure is fixed and a product of arousal state.

Some scientists have argued that an apparent lack of flexible control over the structure of referential vocalizations is a crucial way in which non-human primate vocalizations differ from language.

The new findings, published in Current Biology, challenge this long-standing assumption. The work shows that after integration of the separate groups of chimpanzees, the acoustic structure of the grunts of the immigrant group of chimpanzees converged to be similar to those of the resident group.

The research team found that simply living together for a year and being exposed to the other group’s different calls for apples was not enough to motivate any changes in call structure: it was not until 2013, when social network analyses indicated strong friendships were established between members of the original subgroups, that the call structures converged.

Importantly, the chimpanzees’ preferences for apples remained stable over this three year period, showing for the first time that structure of these referential calls is not simply a product of arousal, and that the structure can be altered independently of preference for the food.

“These findings might shed some light on the evolutionary origins of these abilities,” says Simon Townsend of the University of Zurich and a coauthor of the study. “The fact that both humans and now chimpanzees possess this basic ability suggests that our shared common ancestor living over 6 million years ago may also have been socially learning referential vocalizations.”