Carbyne turns from a metal to a semiconductor when stretched, according to new calculations. Pulling on the ends would force the atoms to separate in pairs, opening a band gap. The chain of single carbon atoms would theoretically be the strongest material ever if it could be made reliably. (Credit: Vasilii Artyukhov/Rice) 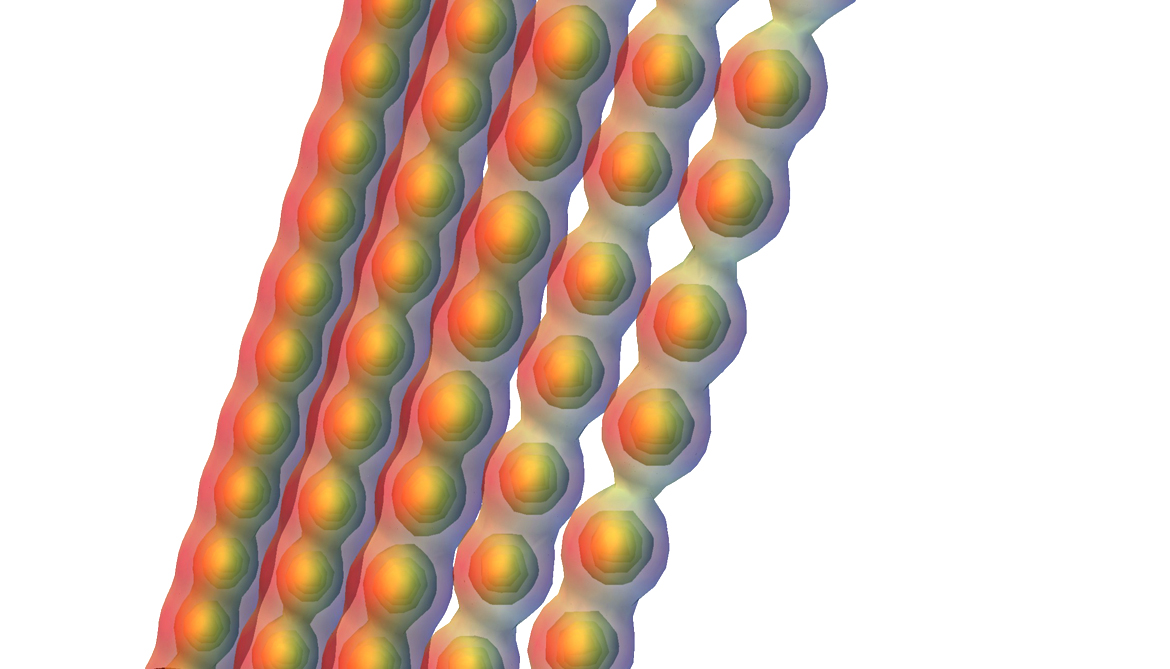 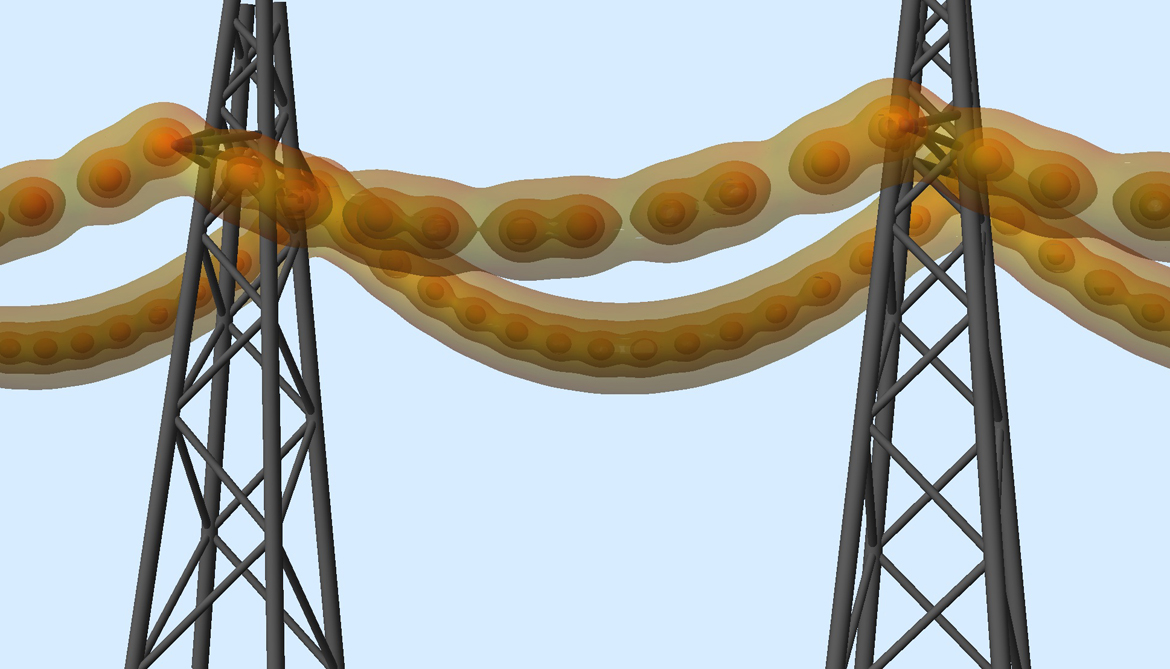 Applying just the right amount of tension to a chain of carbon atoms can turn it from a metallic conductor to an insulator, report researchers.

Stretching the material known as carbyne—a hard-to-make, one-dimensional chain of carbon atoms—by just 3 percent can begin to change its properties in ways that engineers might find useful for mechanically activated nanoscale electronics and optics.

Until recently, carbyne has existed mostly in theory, though experimentalists have made some headway in creating small samples of the finicky material. The carbon chain would theoretically be the strongest material ever, if only someone could make it reliably.

Band gaps, which free electrons must overcome to complete a circuit, give materials the semiconducting properties that make modern electronics possible.

‘The uncertainty principle in action’

In their previous work on carbyne, the researchers believed they saw hints of the transition, but they had to dig deeper to find that stretching would effectively turn the material into a switch.

Each carbon atom has four electrons available to form covalent bonds. In their relaxed state, the atoms in a carbyne chain would be more or less evenly spaced, with two bonds between them. But the atoms are never static, due to natural quantum uncertainty, which Yakobson says keeps them from slipping into a less-stable Peierls distortion.

“Peierls said one-dimensional metals are unstable and must become semiconductors or insulators,” Yakobson says. “But it’s not that simple, because there are two driving factors.”

One, the Peierls distortion, “wants to open the gap that makes it a semiconductor.” The other, called zero-point vibration (ZPV), “wants to maintain uniformity and the metal state.”

Yakobson explains that ZPV is a manifestation of quantum uncertainty, which says atoms are always in motion.

“It’s more a blur than a vibration,” he says. “We can say carbyne represents the uncertainty principle in action, because when it’s relaxed, the bonds are constantly confused between 2-2 and 1-3, to the point where they average out and the chain remains metallic.”

But stretching the chain shifts the balance toward alternating long and short (1-3) bonds. That progressively opens a band gap beginning at about 3 percent tension, according to the computations. The team created a phase diagram to illustrate the relationship of the band gap to strain and temperature.

How carbyne is attached to electrodes also matters, Artyukhov says. “Different bond connectivity patterns can affect the metallic/dielectric state balance and shift the transition point, potentially to where it may not be accessible anymore,” he says. “So one has to be extremely careful about making the contacts.”

“Carbyne’s structure is a conundrum,” he says. “Until this paper, everybody was convinced it was single-triple, with a long bond then a short bond, caused by Peierls instability.” He says the realization that quantum vibrations may quench Peierls, together with the team’s earlier finding that tension can increase the band gap and make carbyne more insulating, prompted the new study.

“Other researchers considered the role of ZPV in Peierls-active systems, even carbyne itself, before we did,” Artyukhov says. “However, in all previous studies only two possible answers were being considered: either ‘carbyne is semiconducting’ or ‘carbyne is metallic,’ and the conclusion, whichever one, was viewed as sort of a timeless mathematical truth, a static ‘ultimate verdict.’

“What we realized here is that you can use tension to dynamically go from one regime to the other, which makes it useful on a completely different level.”

Yakobson notes the findings should encourage more research into the formation of stable carbyne chains and may apply equally to other one-dimensional chains subject to Peierls distortions, including conducting polymers and charge/spin density-wave materials.

The Robert Welch Foundation, the US Air Force Office of Scientific Research, and the Office of Naval Research Multidisciplinary University Research Initiative supported the research, which appears in the journal Nano Letters.

The researchers used the Data Analysis and Visualization Cyberinfrastructure (DAVinCI) supercomputer supported by the NSF and administered by Rice’s Ken Kennedy Institute for Information Technology.