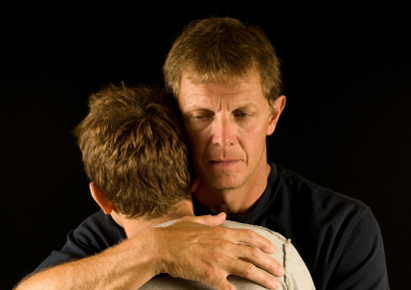 Lead author Bruce Compas says the findings make “the prevention of depression in families with a history of the disorder a high priority. We are excited that we have encouraging evidence that working directly with parents with depression and their children can reduce the risk for emotional and behavioral problems in these children.”

VANDERBILT—Cognitive behavioral intervention for families may help prevent depression in parents with a history of depression and in their 9- to 15-year-old children.

“Depression is a significant public health problem, affecting over 16 percent of Americans in their lifetimes. One of the most potent risk factors for developing depression is having at least one parent with a history of depression,” says lead author Bruce Compas, Rodes Hart Professor of Psychology and Human Development at Vanderbilt University.

“This makes the prevention of depression in families with a history of the disorder a high priority. We are excited that we have encouraging evidence that working directly with parents with depression and their children can reduce the risk for emotional and behavioral problems in these children.”

The study is the first to test this kind of program for families with a depressed parent. The results were published in the December 2009 issue of the Journal of Consulting and Clinical Psychology.

The researchers, in collaboration with a team of colleagues at the University of Vermont, compared the impact of a family group cognitive behavioral intervention for parents and their children and that of a written program that parents and children studied on their own. One hundred eleven parents with current or past depression and 155 9- to 15-year-old children of those parents participated in the study. The researchers focused on that age group because depression is known to increase in early to mid-adolescence and because the participating children needed to be old enough to learn the coping skills taught in the intervention.

The cognitive behavioral intervention was delivered to small groups of families in 12 sessions. Parents and children participated together in the program, which was designed to educate families about depression, increase their awareness of the impact of stress and depression on daily life, help families recognize and monitor stress, help the children and their parents develop good coping skills to manage stress, and improve parenting skills.

In the written program, families were mailed written materials about many of the same topics described above, with separate materials provided for parents and for children. The families were also sent a schedule for reading the materials.

The greatest benefits occurred 12 months after the study, indicating the children and their parents had time to practice and use the skills they had learned.

The findings build on those of a study published in the June 2009 issue of the Journal of the American Medical Association by Vanderbilt psychologist Judy Garber that found a cognitive behavioral program helped teens at risk of depression, but did not have benefits for those who had a currently depressed parent. The family intervention offers a new tool for helping these families by simultaneously addressing the parent’s and the child’s depression risks.

“We now have extremely encouraging evidence from two studies conducted at Vanderbilt that we may be able to reduce the incidence of depression and other mental health problems in children at high-risk,” Compas says. “Although we need to determine if these effects can be maintained over longer periods of time and if they can be replicated in subsequent studies, our findings provide the strongest evidence to date that we can provide help to families who struggle with depression.”

Children with a depressed parent are much more likely than their peers to suffer from depression themselves. Only about 25 percent of depressed youth receive treatment and at least 20 percent develop recurrent, persistent, and chronic depression that is very difficult to treat. Teenagers who experience depressions can have trouble with schoolwork, relationships, substance abuses, and are at higher risk of suicide.

The research was supported with grants from the National Institute of Mental Health.