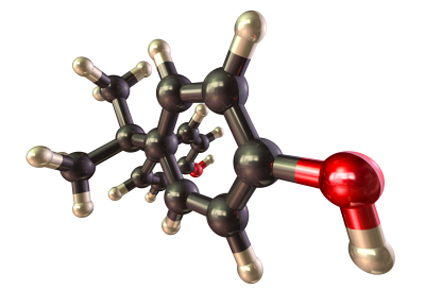 Above, molecular model of bisphenol A (BPA), an organic compound found in plastics and plastic additives. A new study shows that BPA exposure permanently affects sensitivity to estrogen. Hugh Taylor says that exposure to BPA as a fetus is carried throughout adulthood. “What our mothers were exposed to in pregnancy may influence the rest of our lives.

YALE (US)—Exposure to bisphenol A (BPA), a common component of plastics, causes permanent abnormalities in the uterus of offspring, including alteration in their DNA, new research shows.

The study is the first to show that BPA exposure permanently affects sensitivity to estrogen. Details are reported in the Journal of the Federation of American Societies for Experimental Biology.

Hugh Taylor, professor in the Department of Obstetrics, Gynecology, and Reproductive Sciences, at Yale University and his team used two groups of mice—one exposed to BPA as a fetus during pregnancy and another exposed to a placebo.

They examined gene expression and the amount of DNA modification in the uterus and found that the mice exposed to BPA as a fetus had an exaggerated response to estrogens as adults, long after the exposure to BPA.

The genes were permanently programmed to respond excessively to estrogen.

“The DNA in the uterus was modified by loss of methyl groups so that it responded abnormally in adulthood,” says Taylor.

“The gene expression was permanently epigenetically altered and the uterus became hyper-responsive to estrogens.”

Taylor says that exposure to BPA as a fetus is carried throughout adulthood. “What our mothers were exposed to in pregnancy may influence the rest of our lives.

“We need to better identify the effect of environmental contaminants on not just crude measures such as birth defects, but also their effect in causing more subtle developmental errors.”