Unlike humans, birds can see ultraviolet (UV) light. While the crown of a blue tit looks just blue to us, to another bird it has the added dimension of appearing UV-reflectant. 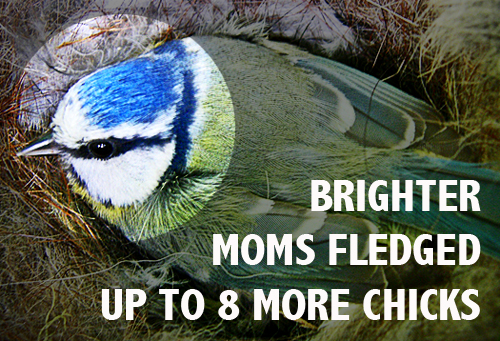 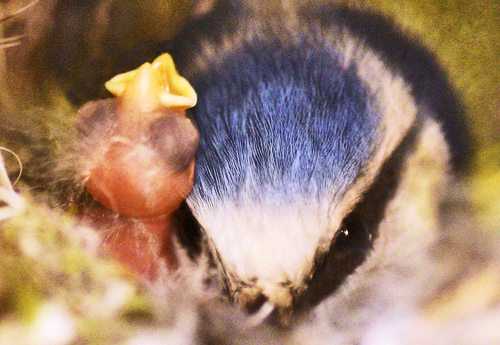 The results of the study are published in Behavioral Ecology.

“UV plumage can signal maternal quality in blue tits, so a male choosing a brightly colored female will gain a good mother for his chicks and a less stressed partner.”

The project was based in woodlands on the shores of Loch Lomond, Scotland, and investigated the factors that affect breeding success in wild birds.

In blue tits (Cyanistes Caeruleus) both sexes exhibit bright UV-reflectant crown feathers. The birds are socially monogamous, with the female solely incubating the eggs and both parents feeding the chicks.

The researchers looked at the relative UV reflectance of the crown feathers of female blue tits and related this to indices of reproductive success—lay date, clutch size, and number of chicks fledged—as well as the birds’ maternal state.

“With up to 14 chicks to care for, blue tit mothers in our study were feeding their broods every couple of minutes,” says Arnold. “We showed that dowdy colored females found this level of hard work twice as stressful compared with brighter mothers.

“Also, the mothers with more UV-reflectant crowns were highly successful, fledging up to eight more chicks than females with drabber feathers.”

Researchers from University of California, Davis, and the University of Glasgow contributed to the study, which the Royal Society and the Natural Environment Research Council funded.

Why octopus mothers self destruct