RUTGERS (US) — Core samples taken from New Jersey show a dramatic increase in the level of atmospheric carbon dioxide 200 million years ago. The cause: 20,000 years of massive volcanic eruptions.

How massive? The eruptions resulted in a million cubic kilometers of lava pouring out of fissures in the Earth’s surface in less than 20,000 years.

The super-continent called Pangea began to break apart 200 million years ago, forming a rift stretching from what is now Nova Scotia to Brazil. A series of exceptionally massive volcanic eruptions, called the Central Atlantic Magmatic Province (CAMP), ensued and are now preserved in volcanic rocks spread over four continents.

This rifting formed lake basins, like the Newark Basin in New Jersey, and rock cores through these ancient lake sediments preserve the lavas from the CAMP eruptions.

Morgan Schaller, a PhD student, was able to estimate the carbon dioxide content of the atmosphere using ancient soils from the Newark Rift basin—soils that formed before and after each of the eruptions.

Using a mass spectrometer, he measured the carbon isotopic composition of carbonate nodules formed in these soils, which are sensitive to the concentration of CO2 in earth’s atmosphere, and reconstructed ancient atmospheric composition.

“You see these big eruptions throughout Earth’s history,” says Schaller. “But it’s always been unclear what they can do to the atmosphere. It turns out, they may do a lot.”

To a non-geologist, it might seem that any volcanic eruption might affect the atmosphere, but even the largest eruptions of individual volcanoes seem puny beside the events Schaller studies.

Kent adds that the famous Krakatoa eruption in 1883 occurred before regular measurements of atmospheric CO2, which began in 1958. But ice core data from that time show no detectable perturbation of atmospheric carbon dioxide.

The key point of Morgan’s research is that the CO2 increase requires a high rate of volcanism.”

Schaller used cores taken by the U.S. Army Corps of Engineers, who took hundreds of cores in the Newark Basin as part of a plan to construct a tunnel for diversion of Passaic River flood waters in the 1980s. Schaller and co-authors focused on these cores, along with those taken as part of the Newark Basin Coring Project with National Science Foundation funding in the 1990s.

The work also was funded by the National Science Foundation. 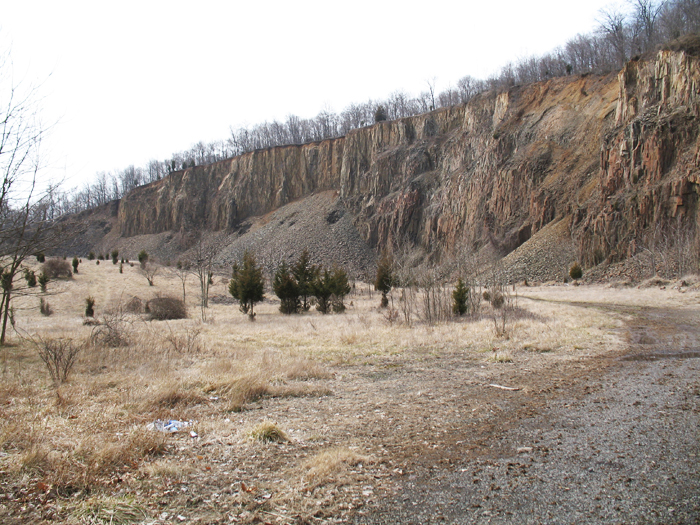 Carbon dioxide threatens life in the Gulf of Mexico