U. TEXAS-AUSTIN (US) — Misspellings and sloppy handwriting have solved a cold case dating back to the 16th century.

For centuries, scholars have been searching for answers to a literary mystery: Who wrote the five additional passages in Thomas Kyd’s The Spanish Tragedy? A new study confirms that the 325 mystery lines are the works of William Shakespeare.

“This is the clinching evidence we need to admit the additional passages into the Shakespeare canon,” says Douglas Bruster, professor of English at the University of Texas at Austin. “It’s not every day we get to identify new writing by Shakespeare, so this is an exciting moment.” 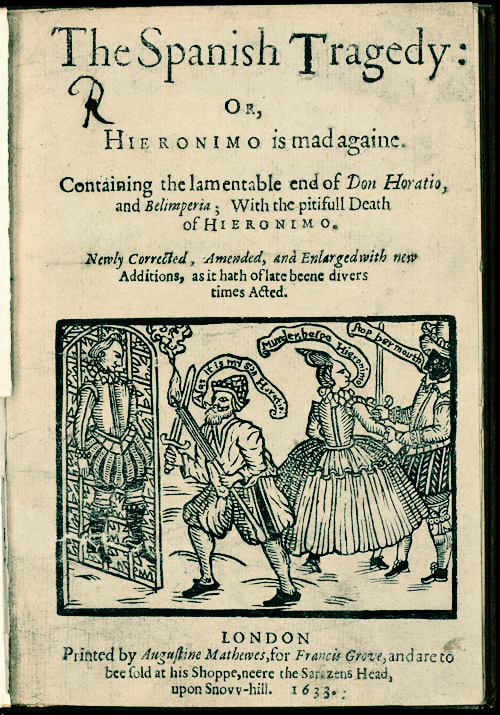 Bruster examined Shakespeare’s spelling habits in the manuscript pages of the 16th-century play Sir Thomas More. Using Shakespeare’s contributions as a guide, he identified 24 points of similarity between Sir Thomas More and The Spanish Tragedy, a play republished, with new material, at about the time of Hamlet.

Published online in the journal Notes and Queries, the findings reveal that Shakespeare’s spelling was both old-fashioned and idiosyncratic.

For example, with words like “spotless” and “darkness” Shakespeare would use a single “s.” Past-tense words like “wrapped” and “blessed” he ended with a “t” (i.e., wrapt and blest). Also telling is his habit of spelling the same word in two different ways (i.e., “alley” spelled “allie” and “allye” in the same line).

Samuel Taylor Coleridge, the noted poet, philosopher, and literary critic first suspected Shakespeare’s contributions to the revised version of Kyd’s play in 1833. Yet the mystery has remained unsolved owing to a number of awkward lines in the additions.

Like a game of telephone, Shakespeare’s words got lost in translation, resulting in phrases that barely resemble the original, Bruster says.

“One line in particular literally kept me up at night wondering what Shakespeare was doing,” Bruster says. “Then I realized that the copyist or printer had misread his handwriting.

“It turns out that the worst line in the additional passages wasn’t what Shakespeare wrote. Once you recognize what the line originally said, the beauty of his verse rises to the surface.”