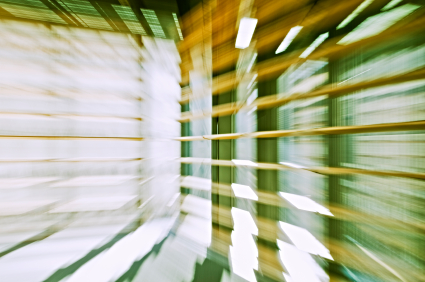 Ali Malkwai, (below) an architecture professor who is developing ways to encourage complex and eco-friendly building design, says concern for sustainability is not a new idea. The architectural concept of energy-efficient building has been around “since people first built buildings.” Indigenous architects searched for the best ways to utilize the sun for light, heat, and airflow. These buildings were simple constructions, but sustainable. (Credit: iStockphoto)

U. PENN (US)—In recent years, there has been a heightened focus among American architects on energy-efficient building design, a growing movement to meld form not just with function but with social responsibility, too.

Buildings account for 40 percent of society’s total energy consumption, burning enormous amounts of fossil fuels for light, heat, cool air, and other forms of energy, says Ali Malkawi, professor of architecture at the University of Pennsylvania. 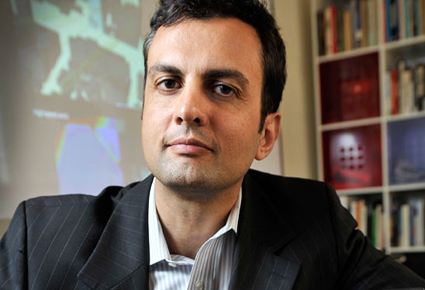 But, he adds, concern for sustainability isn’t a new idea. The architectural concept of energy-efficient building has been around “since people first built buildings.”

Indigenous architects searched for the best ways to utilize the sun for light, heat, and airflow. These buildings were simple constructions, but sustainable.

“If you’re looking at carbon emissions, [they are] predominately linked to the consumption of fossil fuels for energy in buildings,” Malkawi says. “So the more efficient buildings become, the fewer emissions you’re going to have, and you will be more environmentally conscious.”

Malkawi is founder and director of the Penn/Tsinghua T. C. Chan Center for Building Simulation and Energy Studies, which focuses on ways to create buildings for the future that are complex but also energy efficient. Its mission is to develop new tools and techniques for professionals. Malkawi recently shared his thoughts on sustainable building and ways to encourage eco-minded design.

You mentioned that energy-efficient building is a concept that has been around ‘since people first built buildings,’ but when did it become a major concern in the United States?

Utilizing a lot of energy was not a primary concern until the 1970s when we had the oil embargo. At that time, people woke up and said, ‘OK, what we should do is build buildings that are more energy efficient.’ The problem was that by then, you had a half century of building in which people did not really pay attention to energy efficiency in design. There was lagging knowledge, tools, techniques and a profession that was fragmented. At that time an introduction of newer research, new policies and regulations started to appear. Since the ’70s, those policies and regulations have been more prevalent and utilized in Europe than in the U.S. The U.S. went back to its original way of doing things a few years after the oil embargo, versus the Europeans, who put in standards and regulations.

Energy efficiency in the U.S. depends on the policies of the U.S. government. It was just a few years ago that you started to have more people talk about the environmental impact of more fossil fuel consumption, which is directly linked to buildings and the built environment. We basically began to have awareness by [the general public], as well as by policymakers, that change needs to happen. So this awareness started to basically reflect itself into a move towards energy-conscious buildings. We are still in the beginning, and there’s a lot of work to do to make sure that we are building buildings that are still complicated but efficient.

You serve as an energy consultant to many worldwide building projects. What sort of advice do you give clients on how to make buildings more energy efficient?

The way that I usually get engaged as a consultant with architects in early design decisions is by providing feedback about what kind of solutions can be applied and deployed in the design phase in order to lower the energy consumption. Typically, if you were to employ these solutions early on, you could save 50 to 60 percent of energy in the buildings. The analogy is that if you build buildings that are good to start with, you don’t need a lot of systems to serve them. So a good design would allow you to lower the energy consumption of the building itself … and accordingly, the energy bill would be much lower as you move forward throughout the building’s lifecycle.

Do you find that people respond more to the idea of saving money or caring for their environment?

I think it’s a combination of both, depending on the client. Some clients are interested predominately in the idea of making the environment better and it ends up being a bonus for them when they learn that they can actually save money by being more environmentally friendly.

More news from the University of Pennsylvania: www.upenn.edu/pennnews/