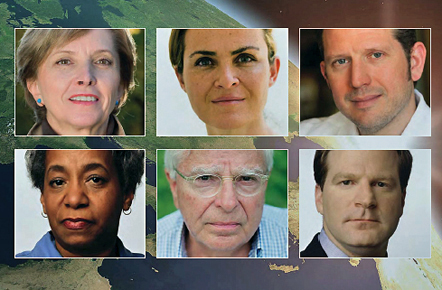 YALE (US)—Americans fall into six distinct groups regarding their climate change beliefs, attitudes, and behaviors, according to a new report, “Global Warming’s Six Americas,” by researchers at Yale and George Mason universities.

“When we talk about ‘the American public’ and its views on global warming, that’s a misnomer,” says Anthony Leiserowitz, director of the Yale Project on Climate Change and a coauthor of the report. “There is no single American voice on this issue.”

The researchers, who surveyed 2,129 adult Americans in the fall of 2008, found that these “six Americas” include:

However, the researchers found that the groups sometimes actually behave in similar ways, albeit for different reasons, says Leiserowitz. For instance, all six support actions that save them money, with the Dismissive just as likely to have made energy efficiency improvements to their homes as the Alarmed. Likewise, all six groups support rebates for the purchase of solar panels and fuel-efficient cars, including the Dismissive.

“Too many climate change education and awareness campaigns have been like throwing darts in a dark room,” adds Leiserowitz. “Climate change is ultimately a human problem. If we want to constructively engage Americans in the solutions, we have to first know our audience.”

Book: Fear of cash in politics is overblown

Even rich Americans are less healthy than English peers