An excerpt from the deathbed narrative of a Mohegan Indian woman, as written down by Samson Occom. (Credit: Thomas Leffingwell House & Museum, Norwich, CT) 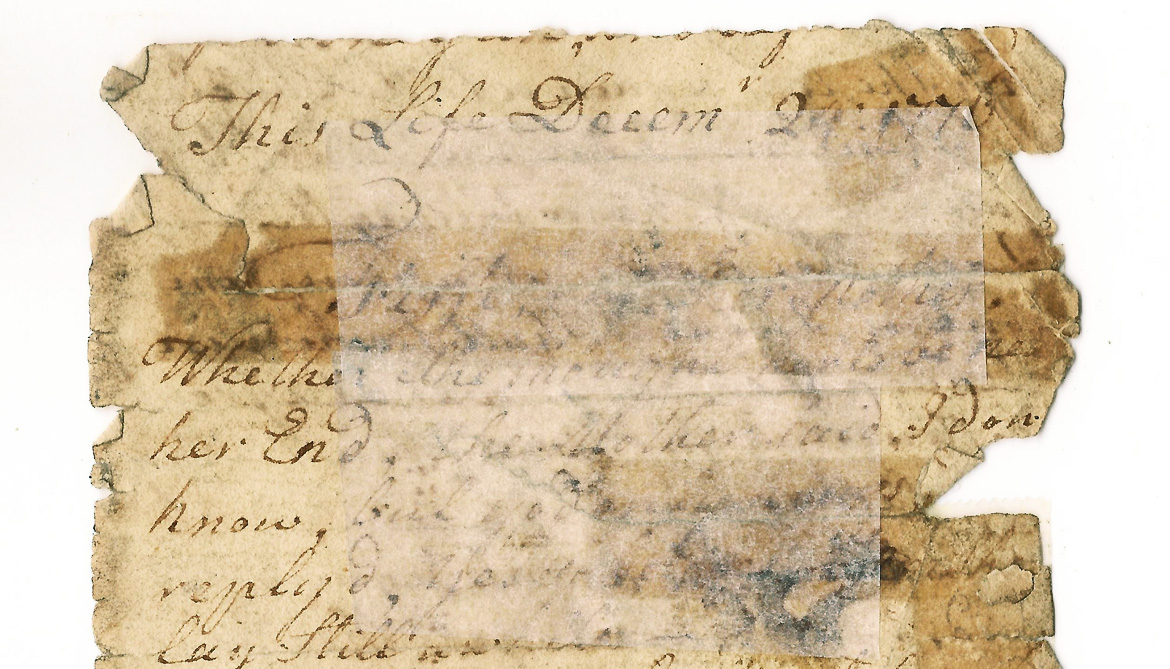 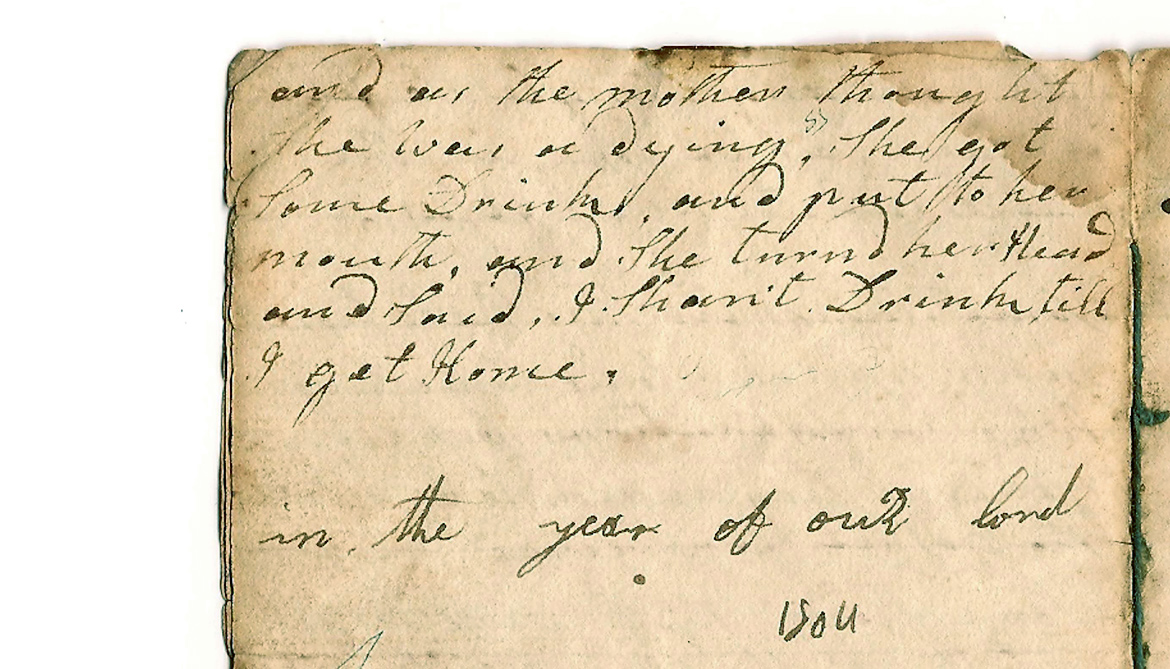 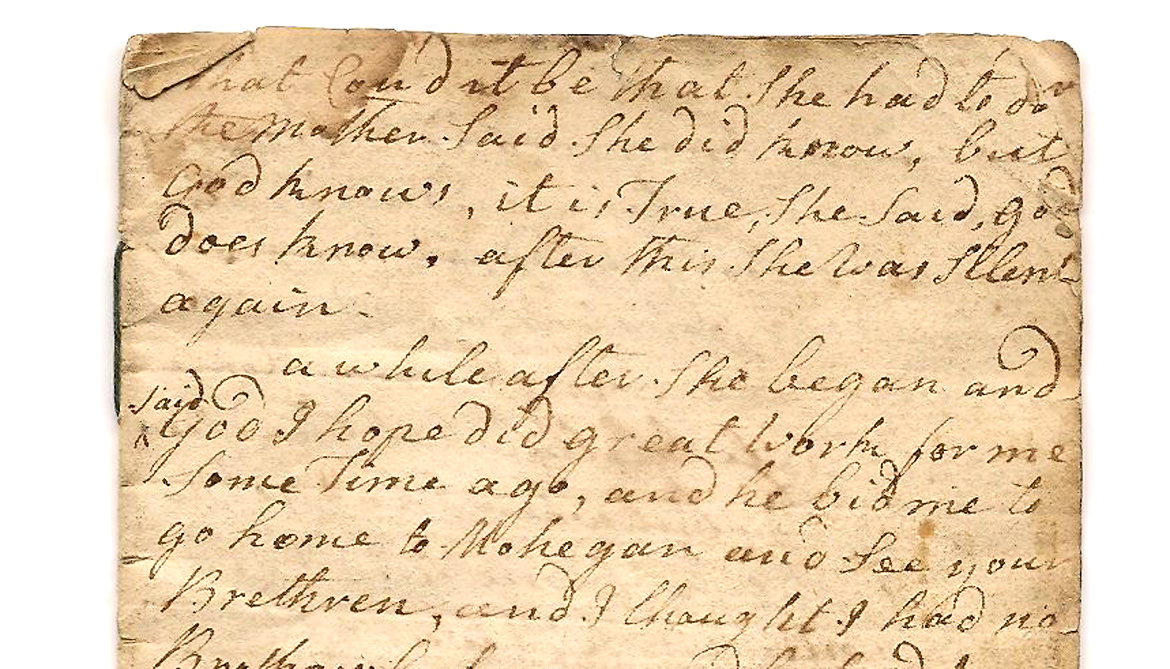 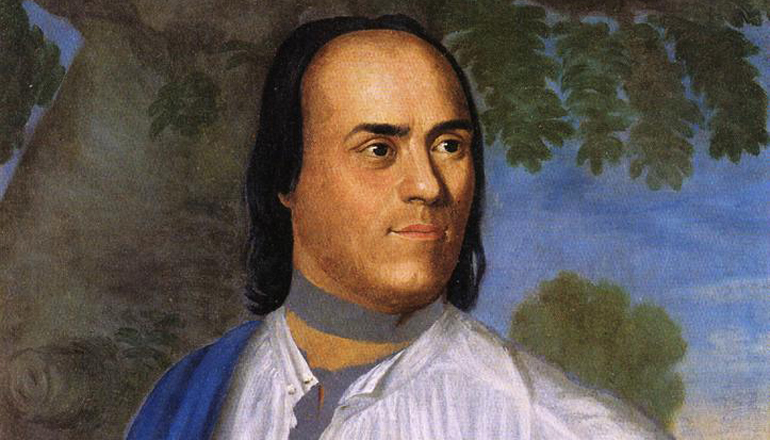 The document, a religious discussion between a Mohegan Indian woman and her mother, is historically valuable in its own right, but after subsequent research and analysis, historians found a bigger surprise.

The document narrative was written by the Reverend Samson Occom, an 18th century Mohegan minister, and notations made on it more than 60 years later were penned by Fidelia Hoscott Fielding (1827–1908), the last known speaker of the Mohegan Pequot language.

Occom figures prominently in the history of New England and its Indian communities, as well as American religious history, and his journals from the time period of the newly discovered document had been considered lost.

The document is one of the only recorded Native American deathbed statements from this time period. In addition, the notations by Fielding are valuable given her importance in Mohegan history and culture and given the scarcity of known writings by her.

“The Mohegan Council of Elders, the tribal historian, and other tribal representatives were keenly interested in the materials from these two noted tribal cultural figures,” says Paul Grant-Costa of the Yale Indian Papers Project at Yale University.

“Occom’s journal from this time period has been missing, with most scholars believing it was lost. This document suggests otherwise, and it may be a key to finding more Occom material.

“With respect to the Fielding portion of the document, other than a journal written when she was elderly, most, if not all, of her other manuscripts were burned in a fire back in the 1930s. This would be the earliest of her writings.”

During a recent visit to the archives of the Thomas Leffingwell House & Museum in Norwich, Connecticut, Grant-Costa and Tobias Glaza of YIPP examined the manuscript at the suggestion of Leffingwell archivist Richard Guidebeck.

In the deathbed conversation, it’s clear that the dying woman has been away from the Mohegan community and has recently returned. She mentions that she most likely will not see her father (apparently away with his brother on a missionary tour in the Province of New York) until they meet in heaven.

The woman also describes a vision she experienced before her return to the family home in which four angels were ready to carry her away—before a different group of angels intervened and told her that she must not go yet because she still has work to do.

She also tells her mother that “no one who resorts to violence will enter the Kingdom of Heaven, nor anyone who carries sharp weapons, for the first Christians did not fight.”

This could be a commentary on the violence of the American Revolution and its effect on Native communities, including the dying woman’s own relatives, Grant-Costa says.

Just before she dies, the woman asks her mother if she (the mother) has made up with God. The mother replies, “I cannot tell you.” The dying woman then says, “I have made up with God, or we are reconciled.”

“From our historical reconstruction, the dying woman appears to be the niece of Samuel Ashbow, an important Mohegan minister and missionary and mentor to Samson Occom,” says Grant-Costa.

“We believe that Occom wrote the piece for him and his brother, Robert (the woman’s father), so that they would know their religious work had succeeded and the woman had died a true Christian.”

Efforts are underway to make the document and associated transcriptions and annotations available to the public on YIPP’s website.

The Yale University Library, Yale Divinity School, and the National Endowment for the Humanities support the project.