Several of these wolves are suffering from sarcoptic mange. (Credit: National Park Service) 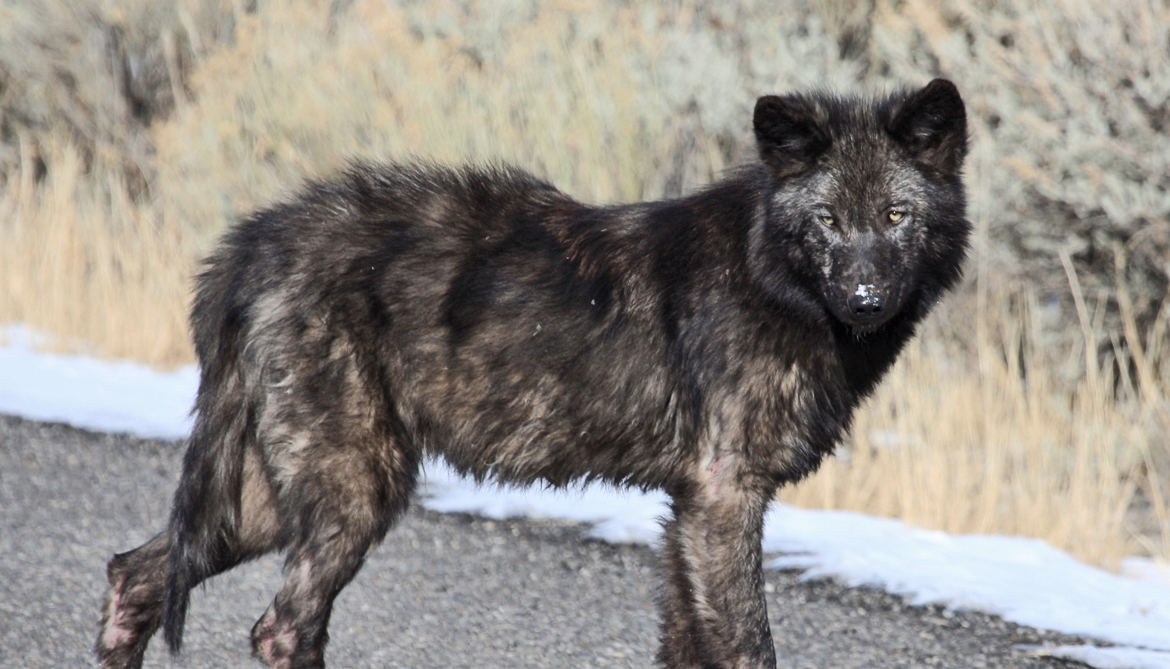 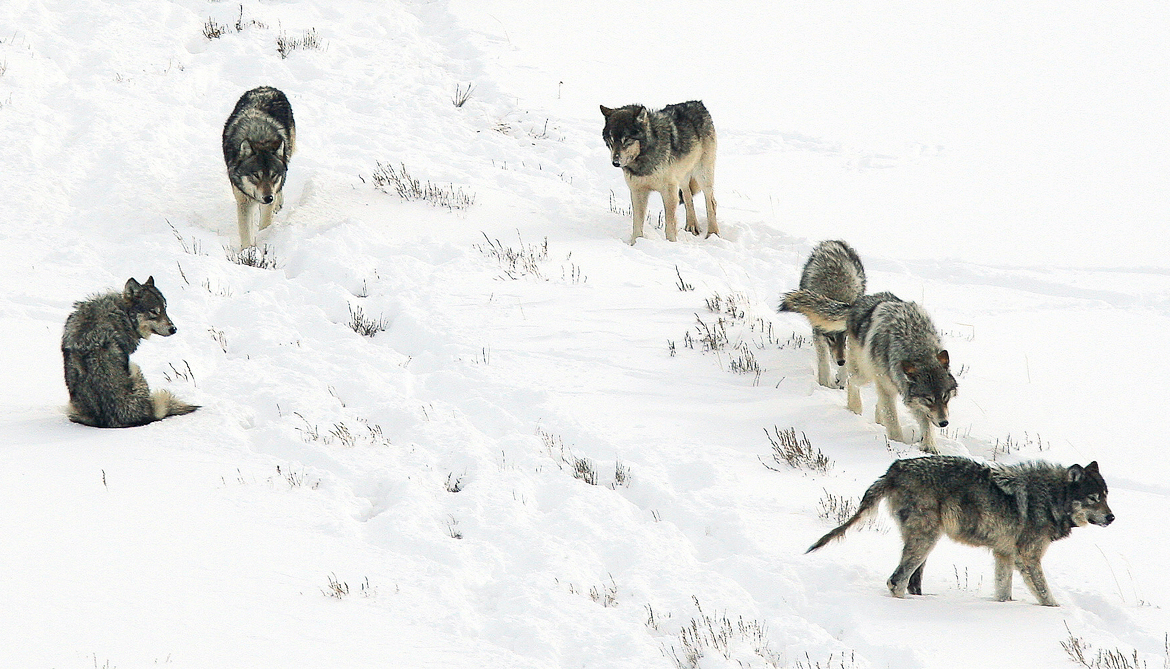 Living in a group can lessen the impacts of chronic disease on wild mammals, new research with gray wolves in Yellowstone National Park shows.

“Our research with wolves illustrates that social groups can help to offset the survival costs of infection with the parasite that causes mange,” says Emily Almberg, a research scientist at Penn State and the lead author of the study.

“It suggests that social living might help individuals cope with a variety of other chronic conditions—including other infections, physical injuries, or non-infectious diseases—for which having access to supportive care and resources can make a big difference for survival.”

“Our hypothesis is that pack-mates are able to offset the survival costs of infection with mange—and perhaps other infections—by assisting with food acquisition and territory defense,” says Peter Hudson, the senior author of the paper, a professor of biology at Penn State, and a professor at the Nelson Mandela Institute in Tanzania.

The research also revealed that the size of the wolf pack did not predict the risk of individuals becoming infected with mange. But, Almberg says, there are other situations in which social living does come with an increased risk of disease transmission.

“What we’ve under-appreciated in the past are the ways in which social species might compensate for this increased disease risk,” she says. “In some cases, social species exhibit adaptive behavior to limit the spread of disease—things like defending territories or having distinct social roles within the group that limit contact and therefore disease transmission, but our research has shown that group living can alleviate the actual cost of an infection as measured by survival rates.”

A paper describing the research appears today in Ecology Letters.

Additional researchers contributed from the US Geological Survey, Princeton University, the Santa Fe Institute, the Yellowstone Wolf Project, and the University of Montana.

The research received partial support from the US Geological Survey, the National Park Service, and National Science Foundation.

Don’t lie if you’re canceling plans with a friend