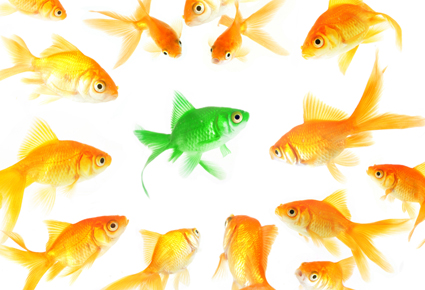 USC (US)—Call them bridging individuals or critical connectors, but in social networks they’re the ones who drive the flow of information from one network to another. Now researchers have figured out a way to identify them.

The same holds true for communities, where bridging individuals tend to influence the spread of disease.

“These bridging individuals appear to be more effective at changing others, and more open to change themselves, which makes them intrinsically interesting to study,” says Thomas Valente, professor and director of the Master of Public Health program at the University of Southern California.

The new measure will enable researchers, policymakers, and public health professionals to better understand how information or behaviors move from group to group, says Valente, principal investigator of the study appearing in the journal Social Networks.

“Past research has focused on identifying central individuals, or leaders, in the group to accelerate behavior change or stem disease spread within groups, organizations, or communities,” Valente says. “This study shows that identifying bridging individuals who connect two otherwise disconnected subgroups is a more efficient way to achieve these same goals.”

In order to calculate an individual’s bridging, the team systematically deleted each link in the network and calculated the resulting changes in network cohesion. A person with two links to members in two different groups when no one else links the groups is a perfect bridge.

The findings may have particular significance for disease prevention, Valente notes.

The study cites two examples of previous research: A 2005 study that collected friendship data from Dublin adolescents to investigate social network influences on substance use behavior, and data collected among the first 40 HIV cases diagnosed in the United States. In both cases, the USC researchers’ analysis correctly identified the bridging individual who facilitated the spread of the behavior or disease to a different subgroup.

“From a local perspective, it makes sense to focus on central individuals. But from a global or macro perspective, bridging is critical,” he adds.

5 lessons for COVID-19 from the fight against HIV

Talk about loss to boost support for environmental causes