BROWN (US) — Engineers have mapped out the origins of wrinkles, creases, and folds, which could be significant for flexible electronics, dermatology, and sheets that become sticky when stretched.

“When a rubbery material is compressed and reaches a critical load, it experiences instability and forms surface patterns like wrinkles, creases, or folds,” says Mazen Diab, a postdoctoral researcher in the School of Engineering at Brown University and the paper’s first author. “We’re studying how each of those states forms.”

While most of us might use the terms wrinkle, crease, and fold almost interchangeably, engineers recognize distinct properties in each. 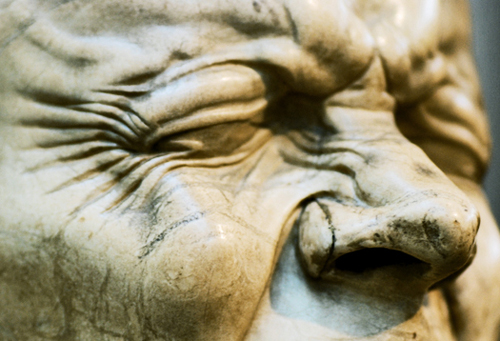 Researchers refer to these states collectively as “ruga” states, a term originating from Latin and often used in anatomy to describe wrinkle formations in the body such as on the stomach or the roof of the mouth.

Each ruga state could have different implications in a design setting. In a flexible circuit board, for example, wrinkles might be acceptable but creases or folds could cause short circuits.

Engineers might use creases or folds to control the adhesive properties of a surface. These structures can hide the area of a sticky surface in troughs, making it less likely to stick. Stretching the surface brings the stickiness back. Folds could be useful in trapping large molecules or nanoparticles and in transporting fluids.

The idea behind this latest research, published in Proceedings of the Royal Society A, is to understand at what points each ruga state forms, helping engineers to better utilize them.

To do that, researchers used a mathematical model that simulates the deformation characteristics of a layered rubbery material with its elastic property varying with depth from the surface. The result was a phase diagram that pinpoints the precise amounts of compression required to form each ruga state.

“The phase diagram shows the compressive strain needed to form all these ruga states and shows the transitions from one state to another,” says Diab, who works in the lab of professor Kyung-Suk Kim. “Engineers can use it as a guide to get the shapes they want in different length scales.”

Beyond material science, Kim says the work will help scientists “to fathom natural processes observed in broad scales from mountain folds to skin creases and folds of micro organs in biology.” 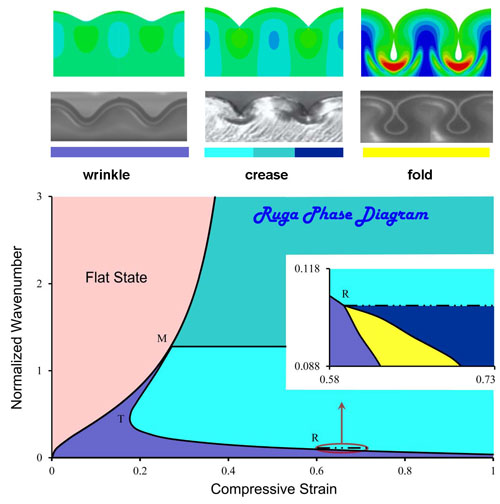