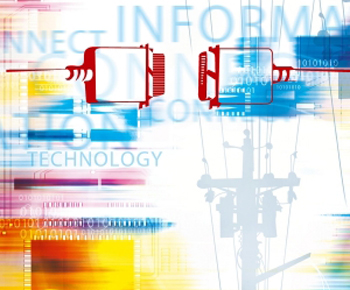 PENN STATE (US)—Could there be a tipping point in the digital world, where interactive options become overwhelming—and ineffective? A team of researchers is investigating how all that interactivity really affects digital consumers.

While features such as chat functions on social-networking sites, customization options for Web portals, and scrollbars in mobile texting devices are regularly hailed as advances, the Penn State team hopes to determine if interactive options really lead to richer user engagement with the medium and its contents.

The study, funded by the National Science Foundation (NSF), will be conducted over a two-year period and involve graduate and undergraduate students in the Penn State College of Communications.

The researchers will experimentally investigate three species of interactivity corresponding to the three central elements of communication—source, medium, and message—as proposed by S. Shyam Sundar, the principal investigator on the project and a distinguished professor at Penn State.

The work is based on his model of interactivity effects published recently in the Oxford Handbook of Internet Psychology. The researchers propose a series of six separate experiments, all focusing on the ways in which different kinds of interactivity influence user engagement as well as other outcomes of interest.

“The scope of the NSF grant will allow us to study not only individual effects but also combinatory and cumulative effects that arise from source, medium, and message-based interactivity,” says Saraswathi Bellur, a fourth-year doctoral student in the College of Communications and one of the two project coordinators.

The planned studies “will also help address the larger academic debate about paradoxical effects of interactivity, where very high levels of interactivity could be either positively engaging or overwhelm the user and lead to negative effects,” she adds.

“In addition to the laboratory experiments that allow us to have better control over the participants and procedures, the field experiments in this research will provide us an opportunity to explore user behavior and psychology in a more natural environment,” says Qian Xu, the other project coordinator, who is also a fourth-year Ph.D. student advised by Sundar.

One specific area of the research will compare “power users”—those who are avid and expert users of technology—and regular users. Researchers hope information from those groups will shed light on interactivity’s potential to bridge the “digital divide,” which separates those who regularly have access to and use technology and those who do not.

“A scientific understanding of the psychological effects of interactivity is critical for a society that is becoming saturated with interactive digital media,” says Sundar, codirector of the Penn State’s Media Effects Laboratory.

“Research results will feed directly into design of interfaces for a variety of purposes, from learning systems to serious games,” he adds. “A whole new science is emerging to address people’s interaction with digital artifacts.”

How docs should talk about brain atrophy to people with MS

App may improve communication for kids with disabilities

Managers, err on the side of too much communication