"I was shocked when I first heard that diclofenac had been authorized for use in—of all places—Spain, which is a stronghold for vultures in Europe," says Thijs Kuiken. (Credit: Gyps fulvus via Shutterstock) 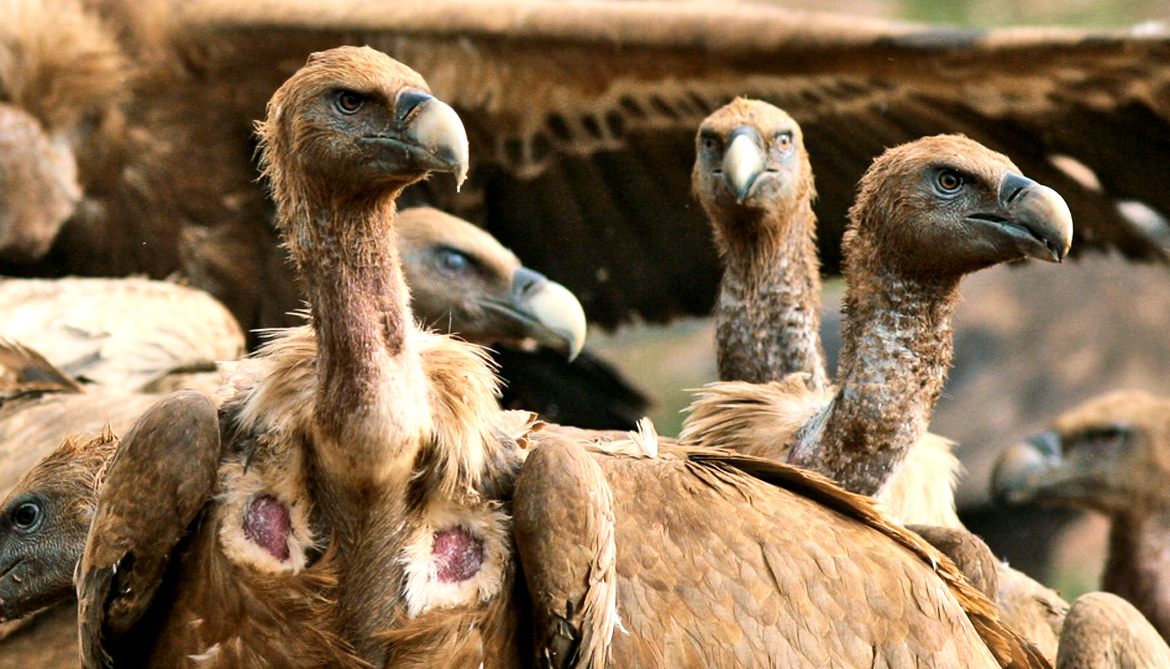 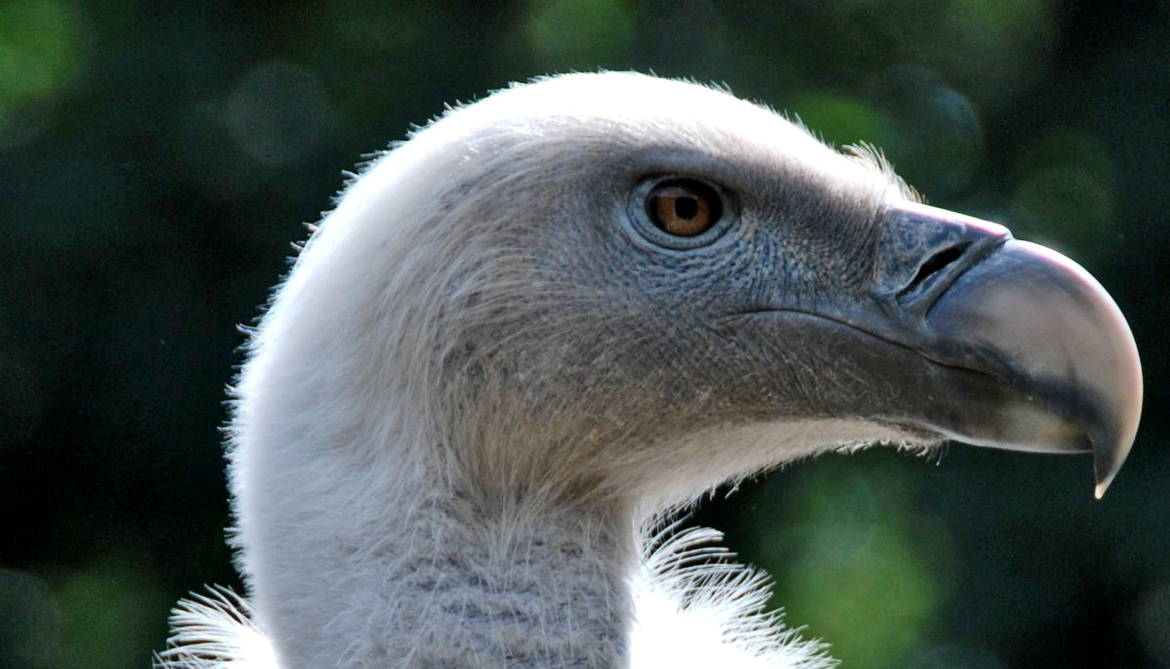 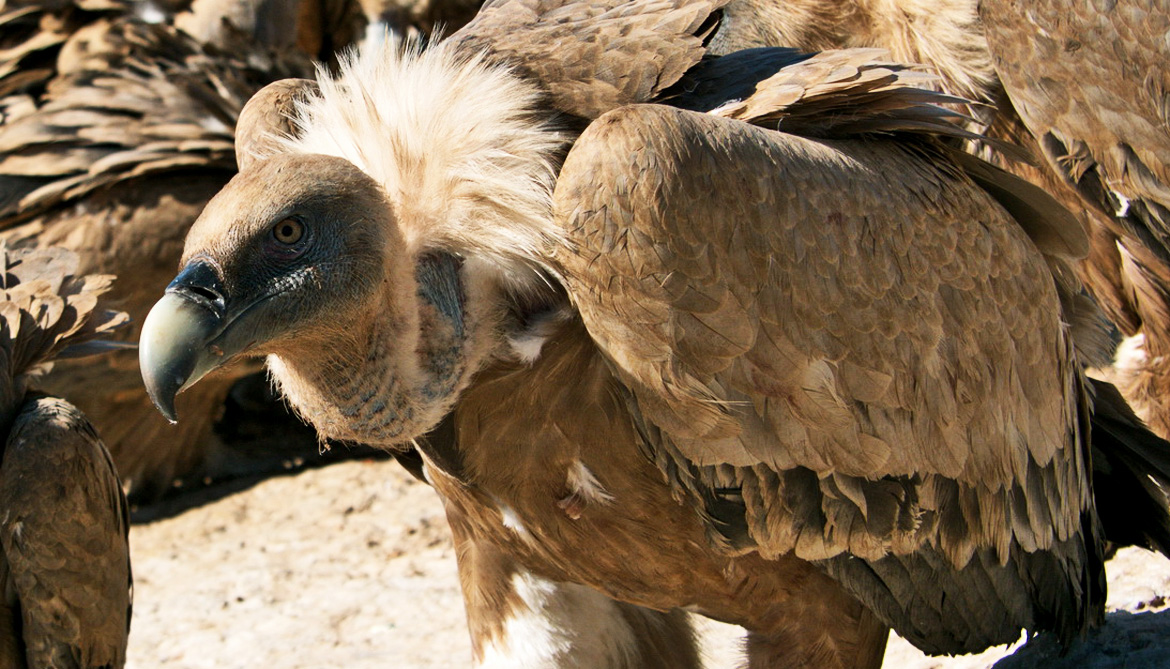 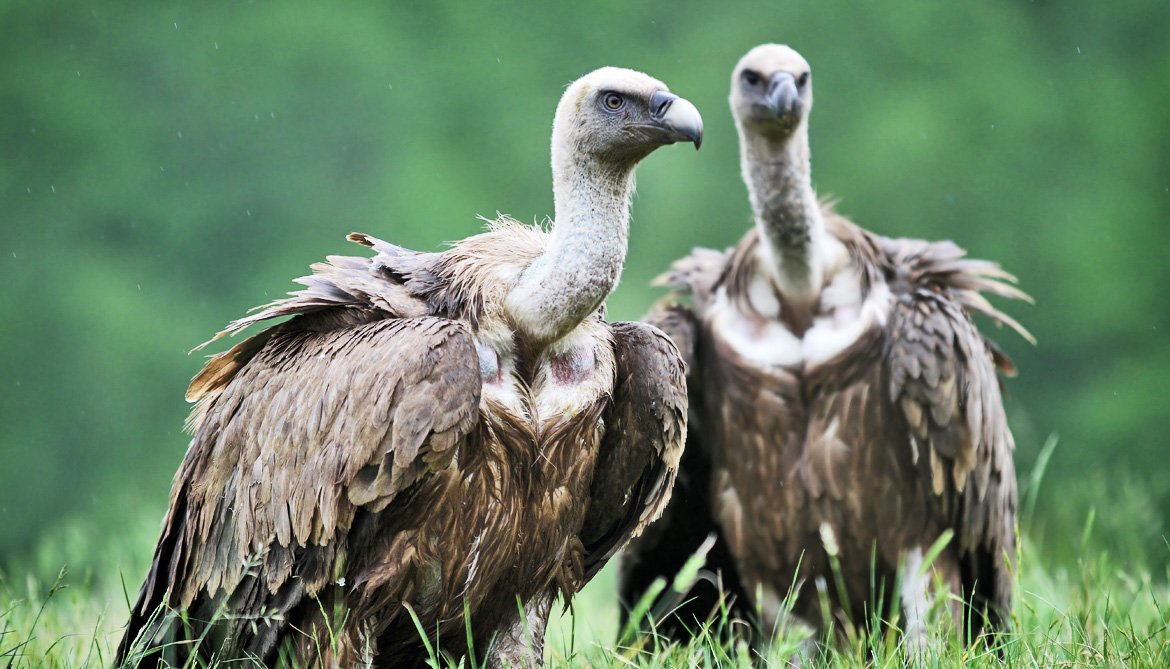 In Spain, the use of the veterinary pharmaceutical diclofenac is placing Europe’s fragile vulture populations at risk, and should be banned, according to a team of veterinarians, biologists, and conservationists.

They say a “one health” approach to veterinary drugs and wildlife is especially important as the world’s meat consumption continues to rise.

Their paper appears in Science.

“It is clear from the lessons learned on the profound impact of diclofenac on vultures in India that we need to take a more integrated, ‘one health’ approach to our use of VPs, and the larger impact they have on non-target species, and on the environment,” says Lisa Yon of the University of Nottingham’s School of Veterinary Medicine and Science.

“This is and will continue to be an issue of increasing concern for a wide variety of VPs, and one for which there needs to be greater responsibility taken across the range of stakeholders,” adds Yon, chair of the European Wildlife Disease Association (EWDA).

Diclofenac, a non-steroidal anti-inflammatory drug, has already been banned for veterinary use in several South Asian countries, but was recently approved for use in Spain and Italy.

Traces of diclofenac in livestock carcasses are lethal to vultures that eat them, and contamination of less than one percent of dead animals led to the near extinction of three Asian species. Most vultures in Europe are already endangered and thus particularly vulnerable to this threat.

Ban the drug in Europe?

The paper argues that as the world’s consumption of meat continues to rise, we must take a holistic approach to assessing the impacts of VPs, one that accounts for all environmental effects, including contamination of the natural food chain.

This month, the European Medicines Agency (EMA) is expected to release a recommendation to the European Commission on the future veterinary use of diclofenac in Europe.

While diclofenac is not currently licensed for veterinary use in most European Union countries, Spain authorized marketing of diclofenac as a veterinary pharmaceutical for use in cattle, pigs, and horses in 2013. The paper makes a strong argument for an EU-wide ban.

“I was shocked when I first heard that diclofenac had been authorized for use in—of all places—Spain, which is a stronghold for vultures in Europe. This example shows that we need to radically change the way we deal with pharmaceuticals, both those used in human and veterinary medicine,” says lead author Thijs Kuiken, professor of comparative pathology at the Erasmus Medical Center.

The paper cites diclofenac as the cause of rapid declines in vulture populations to near-extinction in Pakistan, India, and Nepal in the 1990s. Residues of diclofenac remained in livestock carcasses that vulture then ate. Even very low concentrations of diclofenac then caused renal failure and death in some of the vultures.

In 2006, the government of India enacted a ban on production, importation, and sale of veterinary diclofenac products, followed soon after by Pakistan, Nepal, and Bangladesh. Since then, vulture population declines in South Asia have slowed or reversed.

Martin Gilbert, Wildlife Conservation Society veterinarian and coauthor of the study, says: “The near total loss of South Asia’s vultures was a tragedy, and one that could be repeated here in Europe if action is not taken to prevent the introduction of diclofenac to the food chain.

“We now have the advantage of foresight, and can only hope that the EU follows the commendable response of their South Asian counterparts, who acted quickly to remove the drug from vultures’ food.”

Vultures play a vital role in European ecosystems, especially in Spain where more than 95 percent of the continent’s vultures reside. Spanish vultures remove more than 8,000 tons of livestock carcasses per year, which helps control disease and pests and also serves to recycle nutrients. These ecosystem services provide an estimated economic saving of 1.5 million Euros.