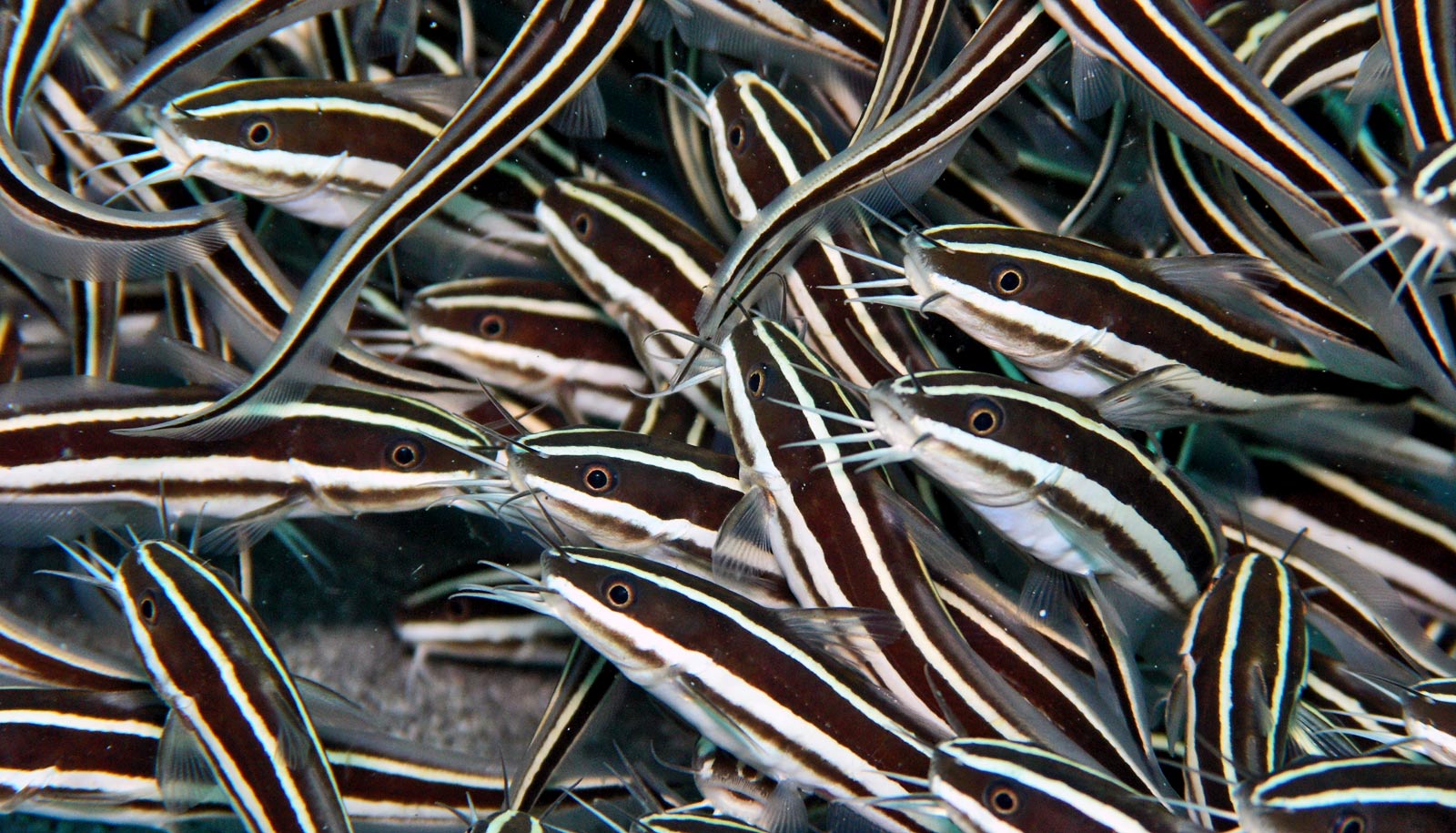 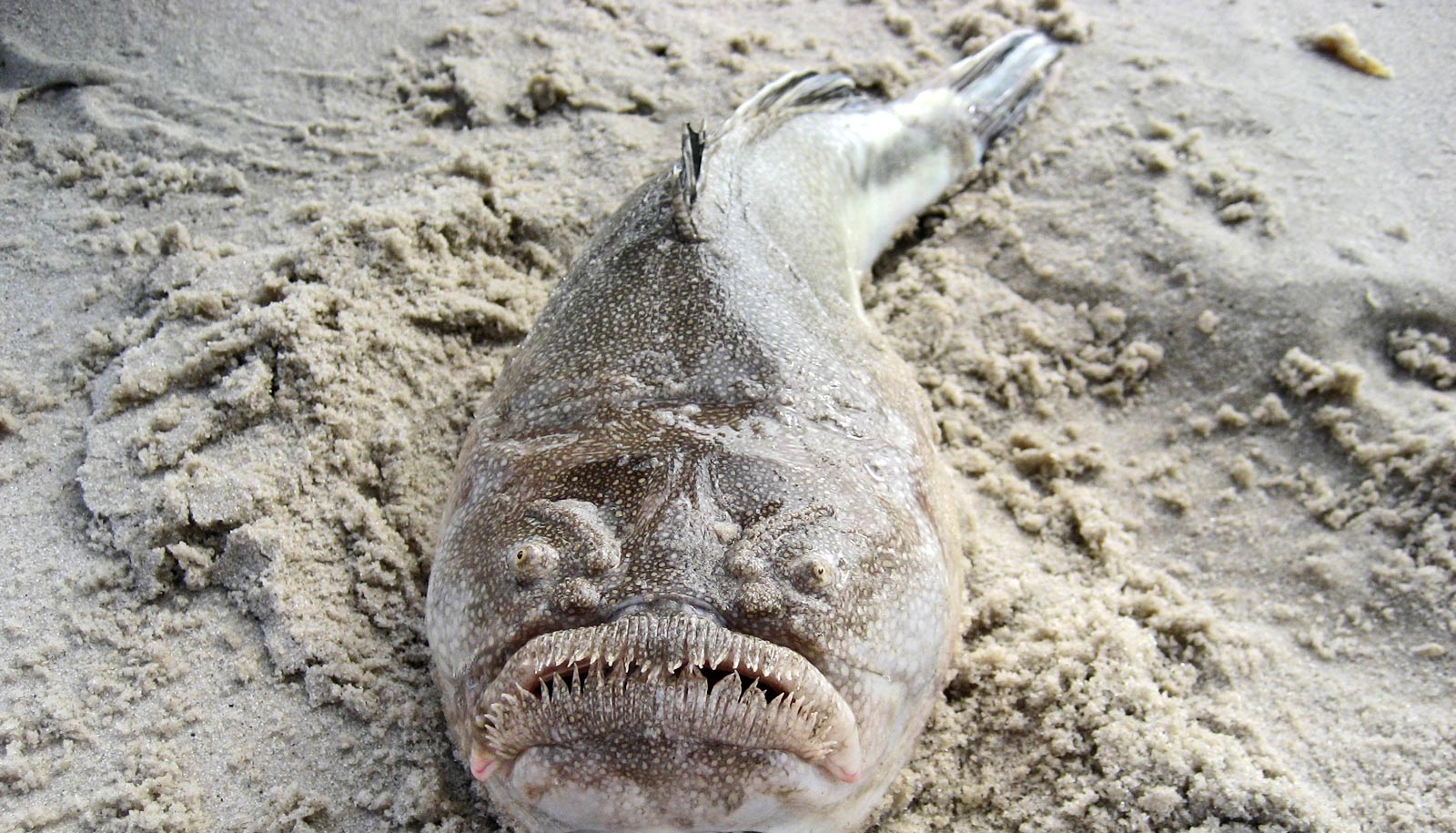 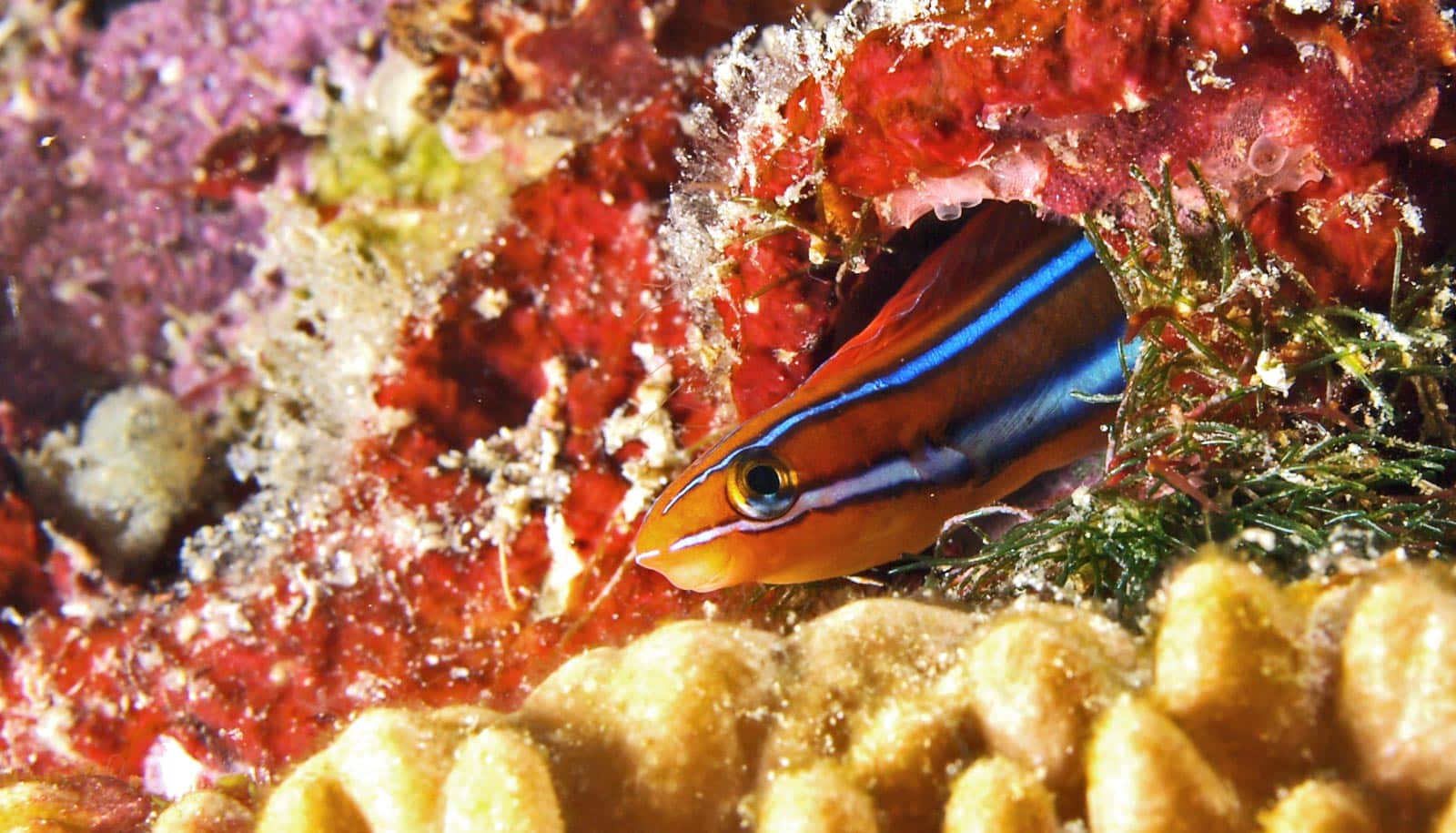 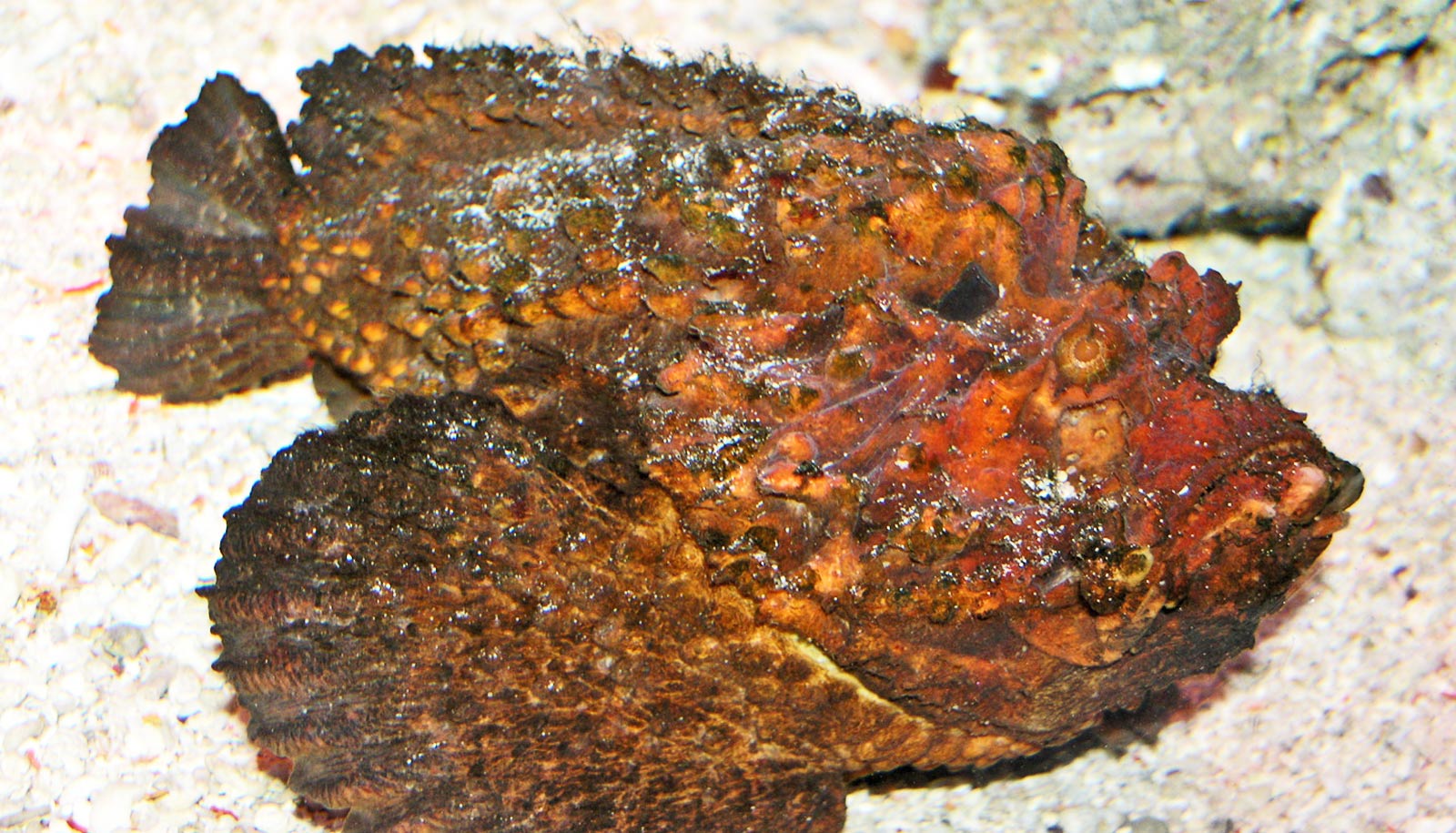 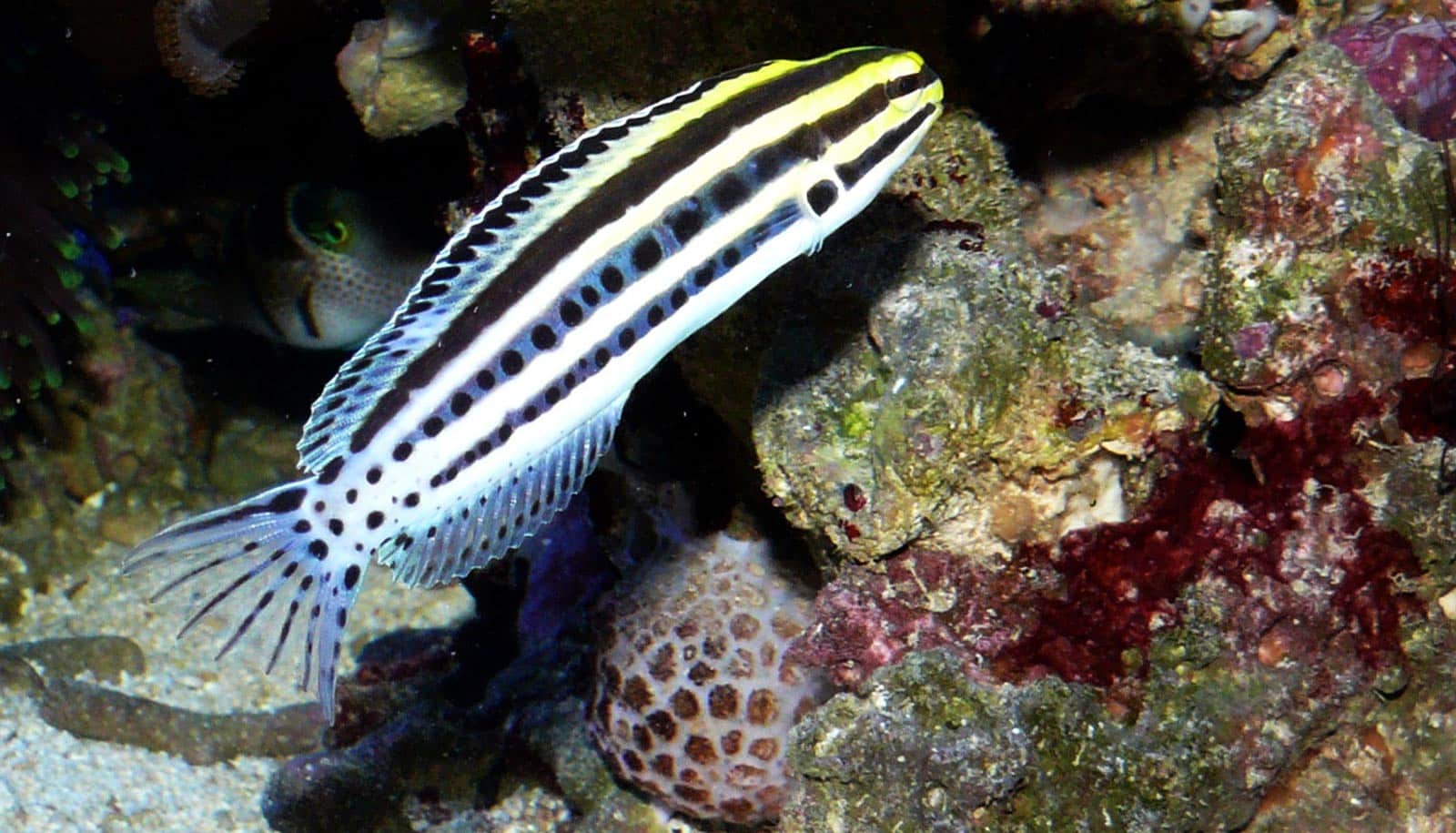 Venom has evolved 18 separate times in fresh and saltwater fishes, according to a new paper that catalogs instances of venomous aquatic life.

The ability to produce and inject toxins into another animal is so useful, it has evolved multiple times in creatures ranging from jellyfishes to spiders, shrews to the male platypus.

The paper, published in the journal Integrative and Comparative Biology, also finds:

“Venom is a neurotoxin. The average response is incredible pain and swelling.”

Smith and coauthors spent years combing medical reports of people exposed to venom from fishes. Then the team assembled the family trees for those fish, using specimens from natural history museums to trace evidence of venom through closely related species.

“We figured out what a venom gland looks like in a known-venomous animal and what it looks like in all related groups,” says Smith. “For instance, relatives of yellowtail that people eat as sushi were reported as venomous, and we were able to find venom glands in their spines.”

‘Scarface’ pre-mammal may have spewed venom

According to Smith, the 18 independent evolutions of venom each pose an opportunity for drug makers to derive therapies for a host of human ailments.

“Fish venoms are often super complicated, big molecules that have big impact,” he says. “Venom can have impacts on blood pressure, cause local necrosis, breakdown of tissue and blood, and hemolytic activity—it prevents clotting to spread venom around prey. Venom is a neurotoxin. The average response is incredible pain and swelling.”

According to Smith, because fishes have to live with their own venom, “there might be helper molecules that protect the fishes themselves and help them survive.” He says these also could have therapeutic value to people.

Smith says that up to 95 percent of venomous fish use their toxins defensively, usually gathering venom within their dorsal spines, where it can be deployed in case the fish is crushed or another fish attempts to swallow it.

Some, however, use venom offensively to debilitate their prey and can sometimes injure people.

“Invasive lionfishes will orient themselves in a strange way and ram themselves at people,” Smith says. “One-jawed eels have lost the upper jaw, but with the lower one they slam prey up into a modified fang. Their venom gland sits right above the brain.”

Smith studies biological traits—like the ability to make venom, fly, or produce light—that have evolved separately in different lines of species. He says venom is distinct from poison because it typically won’t harm an organism ingesting it; venom works when it comes into contact externally, something Smith himself has experienced when working in the pet trade (where most venom US exposure occurs), cleaning his own fish tank, or collecting fishes during fieldwork.

“I’ve never been offensively stung,” Smith says. “The problem is they hide in the rocks in your fish tank, and you move the rocks. Or, when you’re collecting fishes. You’re out there in the water with a mesh bag and a spear, trying to get venomous things, and then a wave hits you and drives the bag of spines into your chest, and you say, ‘Ah, I regret that.'”