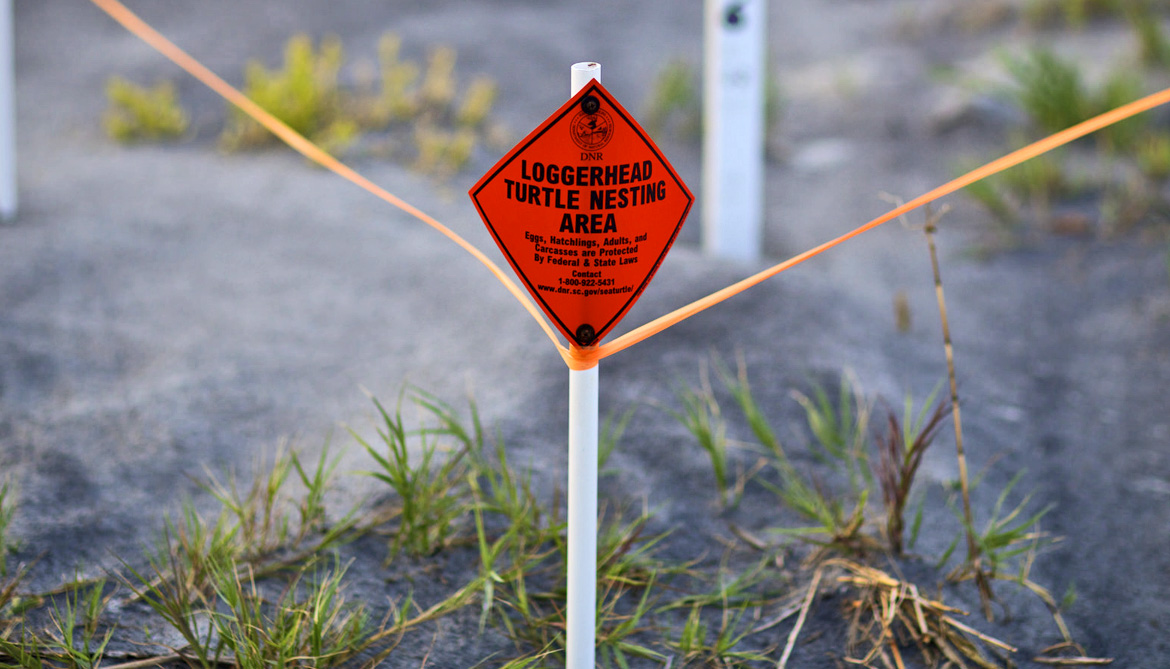 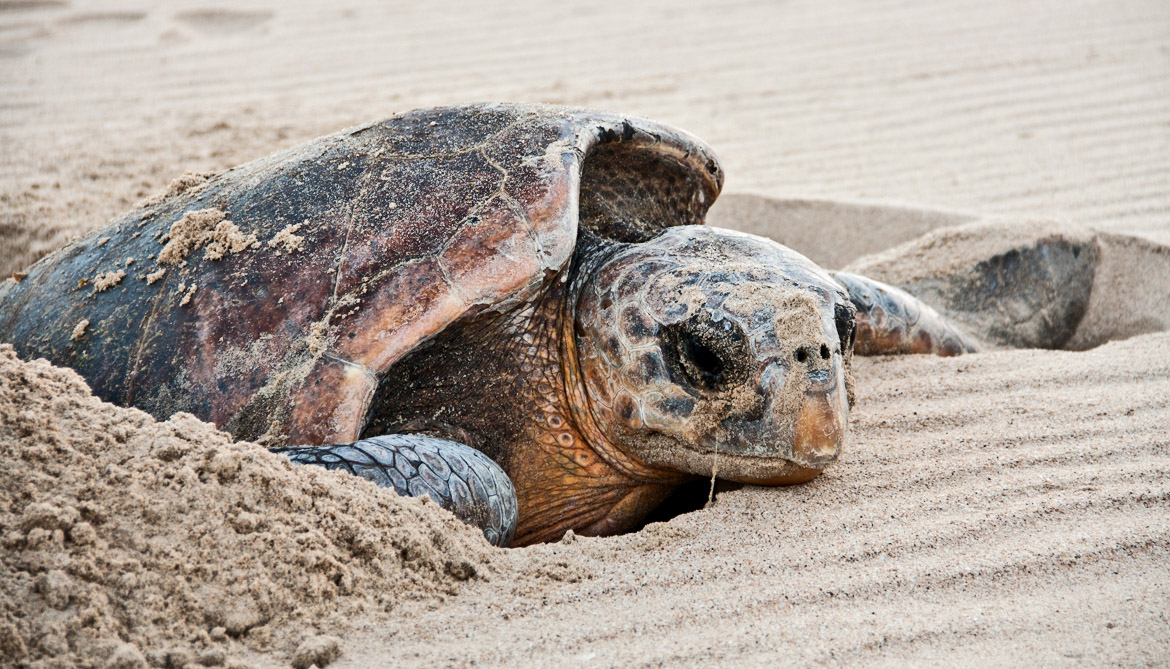 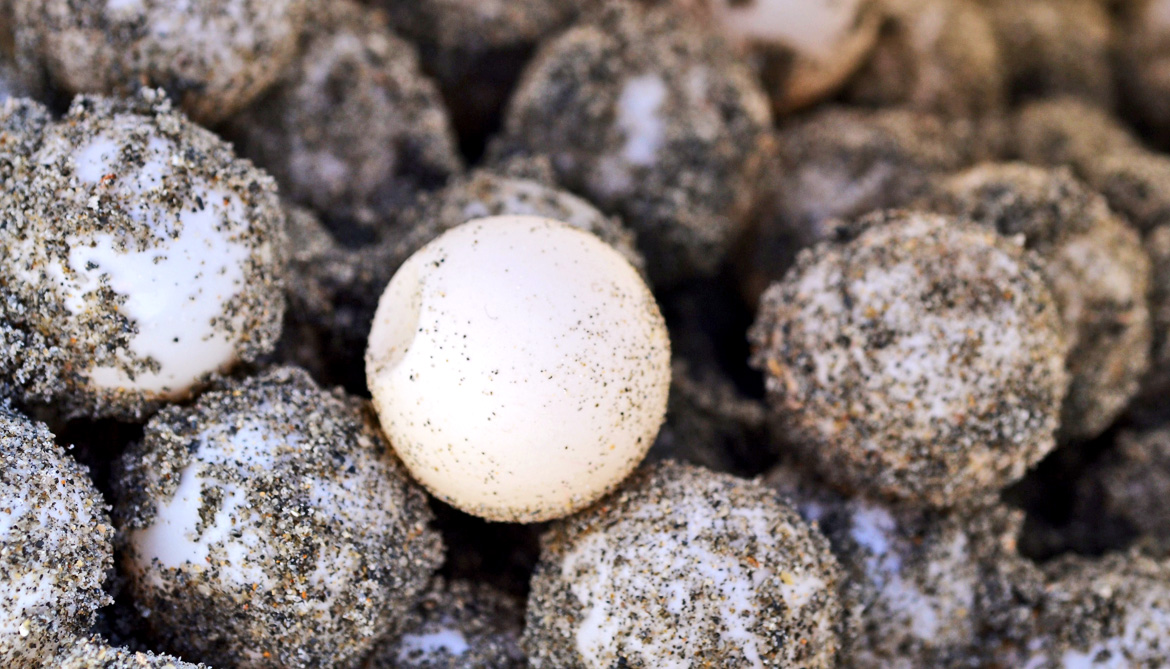 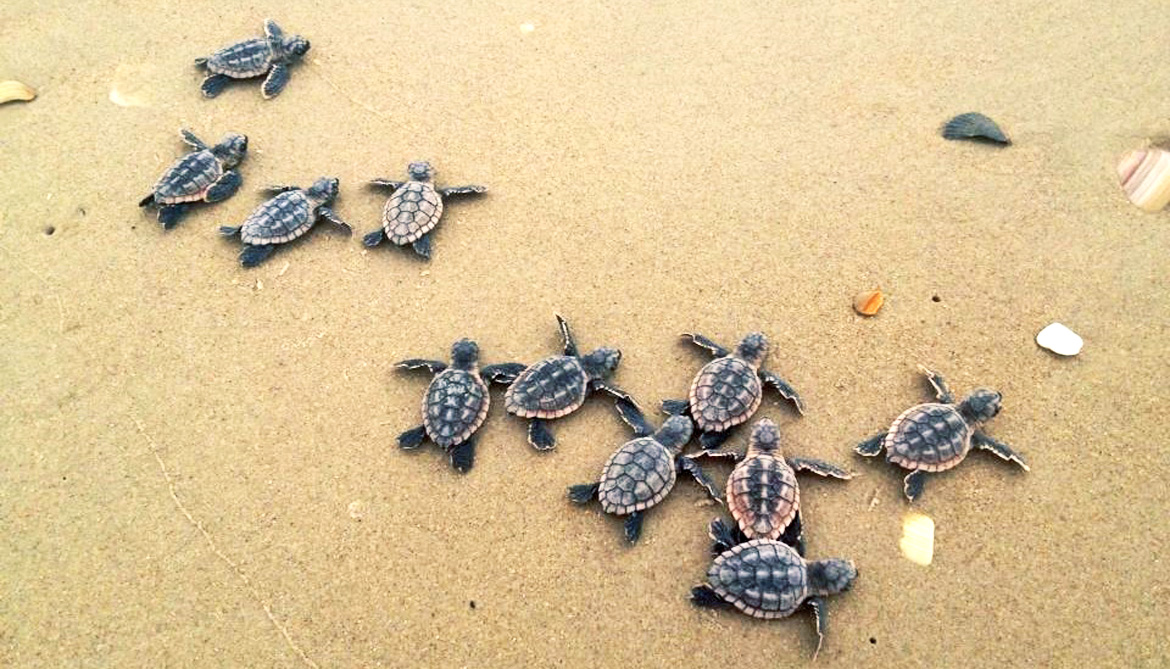 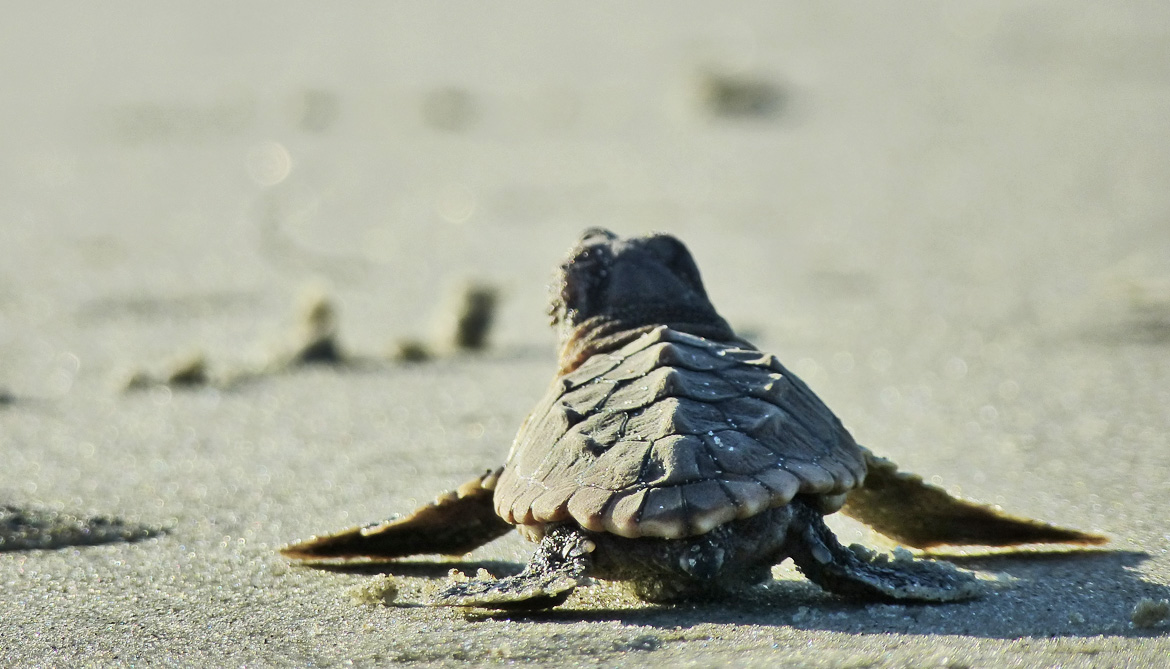 Adult sea turtles take advantage of the Earth’s magnetic fields to lay their eggs on the same beaches where they were born.

“Sea turtles migrate across thousands of miles of ocean before returning to nest on the same stretch of coastline where they hatched, but how they do this has mystified scientists for more than 50 years,” says J. Roger Brothers of the University of North Carolina at Chapel Hill.

“Our results provide evidence that turtles imprint on the unique magnetic field of their natal beach as hatchlings and then use this information to return as adults.”

While earlier studies have shown that sea turtles use the Earth’s magnetic field as a guide while out at sea, it has remained unclear whether adult turtles also depend on magnetic features to recognize and return to the nesting sites chosen by their mothers before them.

Several years ago, UNC-Chapel Hill’s Kenneth Lohmann, coauthor of the new study, proposed that animals including sea turtles and salmon might imprint on magnetic fields early in life, but that idea has proven difficult to test in the open ocean.

In the new study, researchers took a different approach by studying changes in the behavior of nesting turtles over time.

“We reasoned that if turtles use the magnetic field to find their natal beaches, then naturally occurring changes in the Earth’s field might influence where turtles nest,” Brothers says.

Shifts in the magnetic field

For the study, published in Current Biology, researchers analyzed a 19-year database of loggerhead nesting along the eastern coast of Florida, the largest sea turtle rookery in North America, and found a strong association between the spatial distribution of turtle nests and subtle shifts in the Earth’s magnetic field.

In some times and places, the Earth’s field shifted so that the magnetic signatures of adjacent locations along the beach moved closer together. When that happened, nesting turtles packed themselves in along a shorter stretch of coastline, just as the researchers had predicted.

In places where magnetic signatures diverged, sea turtles spread out and laid their eggs in nests that were fewer and farther between.

Little is known about how turtles detect the geomagnetic field. Most likely, tiny magnetic particles in the turtles’ brains respond to the Earth’s field and provide the basis for the magnetic sense, but no one knows for sure.

Sea turtles likely go to great lengths to find the places where they began life—successful nesting requires a combination of environmental features that are rare: soft sand, the right temperature, few predators, and an easily accessible beach.

“The only way a female turtle can be sure that she is nesting in a place favorable for egg development is to nest on the same beach where she hatched,” Brothers says.

“The logic of sea turtles seems to be that ‘if it worked for me, it should work for my offspring.'”