To take the sprinting gold from the tiger beetle, a person would have to hit 480 miles per hour. (Credit: Melody McClure/Flickr) 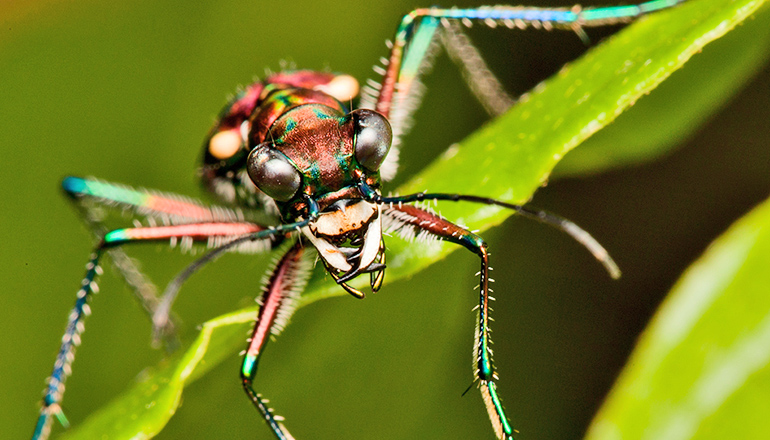 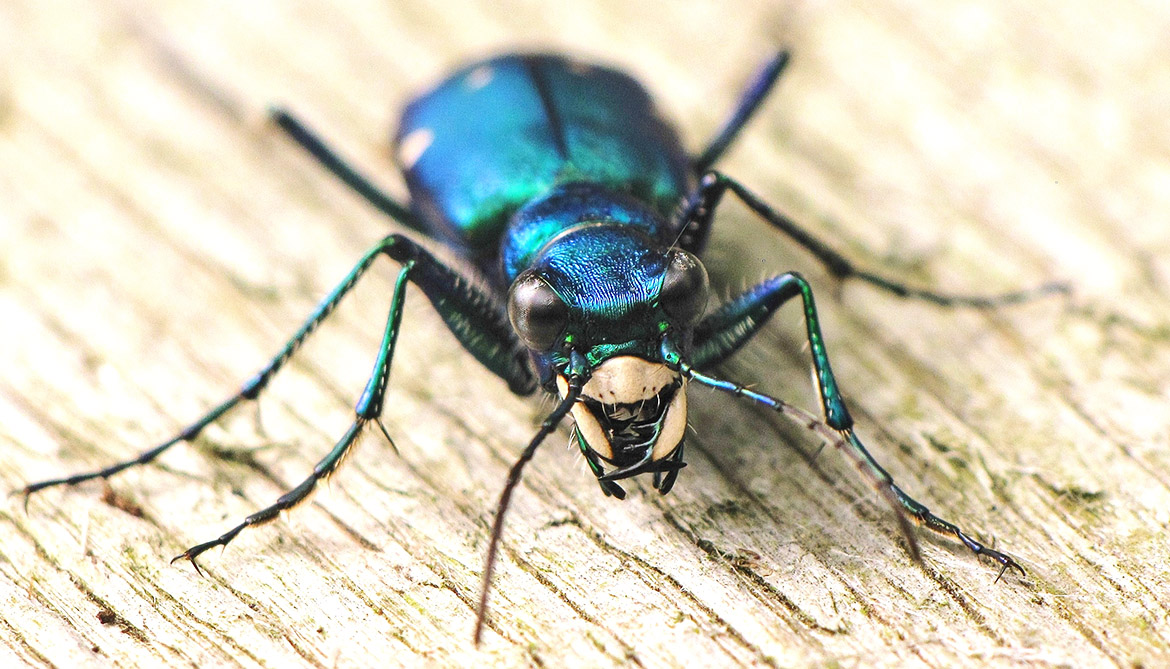 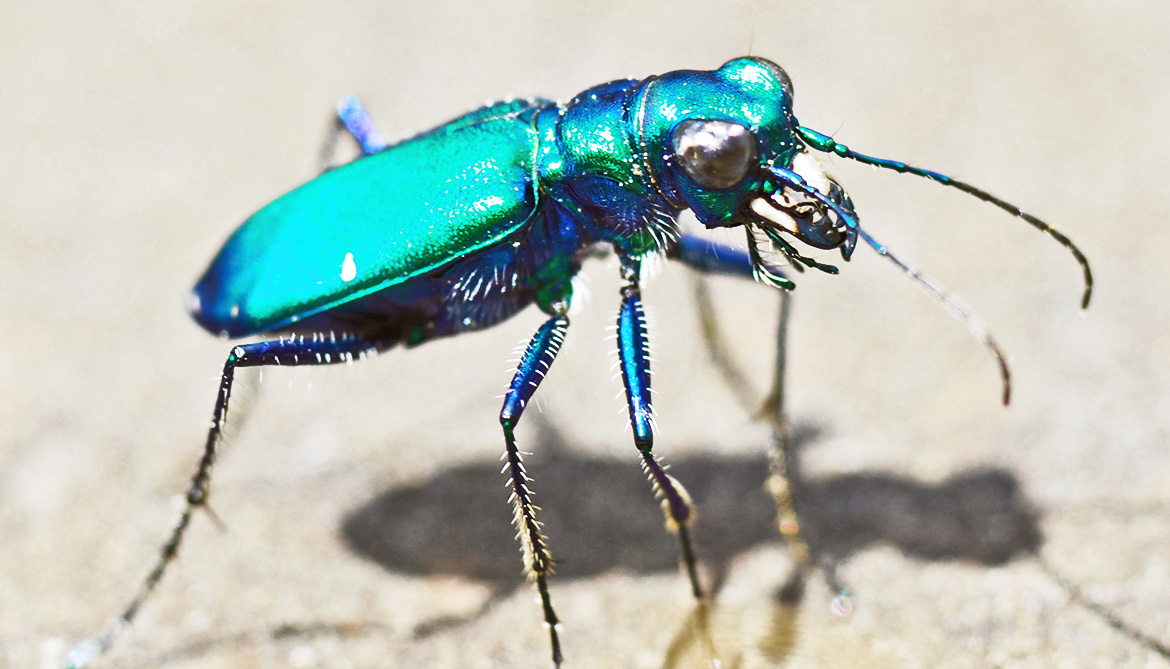 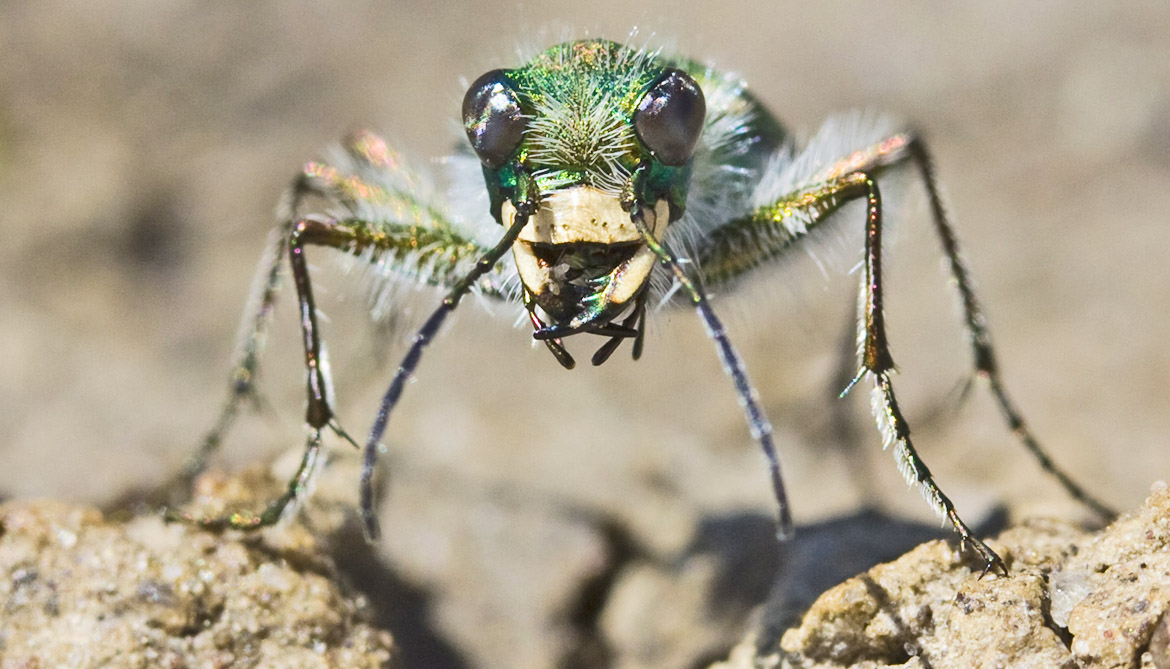 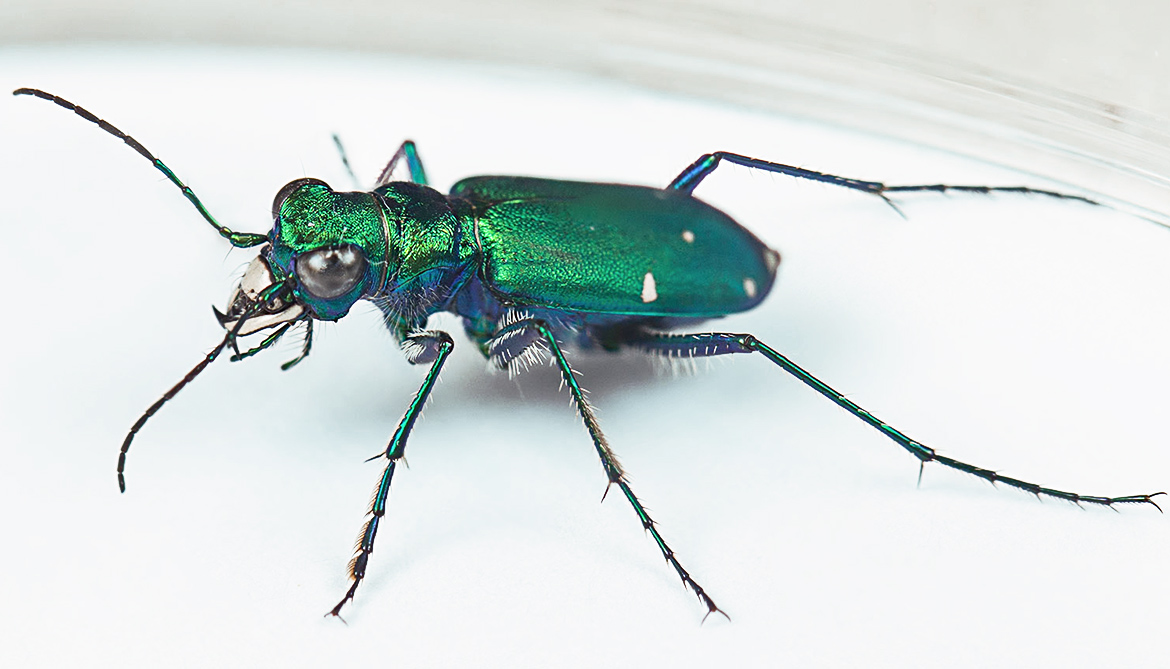 The tiger beetle moves so fast that when it runs at prey it essentially blinds itself. So how does it know when to open its mouth and take a bite?

The tiger beetle, relative to its size, is the fastest creature on Earth. Some of these half-inch-long beetles cover about 120 body lengths per second (at about five miles per hour).

The fastest human can do about five body lengths. To take the sprinting gold from the tiger beetle, a person would have to hit 480 miles per hour.

For a new study published in the journal Biological Letters, researchers looked at how the tiger beetle’s speed-related vision issues correlate with when it opens and closes its vicious mandibles when it’s time for dinner.

“We’re asking in what situations do the mandibles open and close,” says Daniel Zurek, postdoctoral researcher in the lab of Nathan Morehouse, assistant professor in the biological sciences department at University of Pittsburgh.

“They’re trying to catch something, so they want to be sure that their jaws are open and close on contact.”

But in their obstacle-riddled habitat, it’s probably not a good idea to keep them open all the time, lest the mandibles snag something, delaying the beetle and permitting escape.

“Is it a matter of distance (to prey), the size (the prey) appears on the retina, the projected time to collision? There are lots of variables,” he says.

Using a dummy piece of prey (a plastic bead on a string), Zurek let the beetles give chase and recorded their hunting efforts in super slow-motion.

The findings reveal a new and potentially widespread mechanism for how behavioral decisions can be made based on visual “rules” in dynamic situations, where both the observer and the target are moving, Zurek says.

Researchers from Cornell University also contributed to the study, which was supported by the National Science Foundation.

Invasive ticks are spreading without any males