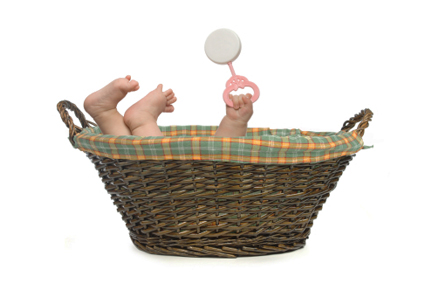 Detailed data on adoption generally are difficult to come by. Researchers were able to gather information—from a website run by an adoption intermediary—over a five-year period. The team could see which babies attracted interest from potential adoptive parents, and determine which traits were most likely to lead to a successful adoption. They found a non-African-American baby is seven times more likely to attract interest than an African-American baby.

CALTECH (US)—Parents pursuing adoption within the United States have strong preferences regarding the types of babies they will apply for, tending to choose non-African-American girls.

They also favor babies who are close to being born as opposed to those who have already been born or who are early in gestation.

These preferences are significant, according to the findings of a team of economists from the California Institute of Technology (Caltech), the London School of Economics, and New York University (NYU), and can be quantified in terms of the amount of money the potential adoptive parents are willing to pay in finalizing their adoption.

While the data are intriguing, the real value of the study, the researchers say, is that it can give policymakers a more rational, evidence-driven base from which to consider the implications of policies and laws, such as those that restrict adoption by single-sex and foreign couples.

The key to these findings, the research team says, was the data set they were able to put together. “These data are unique,” says Leeat Yariv, associate professor of economics at Caltech.

Making a match
What makes them so unusual? Detailed data on adoption generally are difficult to come by. The researchers, however, were able to gather information—from a website run by an adoption intermediary—over a five-year period (between 2004 and 2009). The intermediary works to bring together—to match—potential adoptive parents with birth mothers seeking to relinquish their children for adoption.

Achieving such a match is not an easy task, says Leonardo Felli, professor of economics at the London School of Economics. He notes that adoption in the United States has “been characterized, for years, by two conflicting imbalances: On the one hand, a considerable number of potential adoptive parents are left unmatched. On the other hand, the number of children who are not adopted and end up in the foster-care system is disproportionately high.”

Hence the need for adoption facilitators, says Yariv. “The website operates somewhat like an online real estate site,” she explains. “We could see the attributes of the children—race, gender, age—and even the finalization costs, or the amount of money the adoptive parent would need to pay to finalize the adoption. In addition, we could see which children the potential adoptive parents applied for.”

Three preferences
In other words, the team could see which babies attracted interest from potential adoptive parents, and determine which traits were most likely to lead to a successful adoption. This revealed three main patterns.

First, the researchers found that a non-African-American baby is seven times more likely to “attract the interest and attention of potential adoptive parents than an African-American baby,” says Felli. This difference, he adds, is not seen when comparing parents’ preferences for Caucasian versus Hispanic babies—a finding that is somewhat surprising, given that the adoptive parents in the sample are all Caucasian.

The second pattern shown was the gender preference. “A girl has a higher—by slightly more than one-third—chance of attracting the attention of potential adoptive parents than a boy,” says Felli.

These preferences come with what is essentially a price tag, the researchers note. The data showed that parents are willing to pay an average of $16,000 more in finalization costs for a girl as opposed to a boy, says Yariv—and $38,000 more for a non-African-American baby than for an African-American baby.

Mariagiovanna Baccara, assistant professor at NYU’s Stern School of Business, says these results are especially interesting because “the same race and gender biases persist across all categories of adoptive parents that we identified.” In fact, she says, “the gender bias in favor of girls is somewhat stronger for both gay men and lesbian couples.”

The researchers also found that the interest of potential adoptive parents in a particular baby depends on the stage of gestation. “While unborn children become increasingly attractive over the birth mother’s pregnancy, probably because the match involves less uncertainty from the adoptive parents’ perspective,” says Baccara, “we find that the desirability of a child decreases dramatically right after birth.” This means, Baccara adds, that “bureaucratic obstacles disrupting an adoption plan at the time of birth are extremely detrimental to the future prospects of the child.”

Rethinking the approach
The economists feel their data should be used to address some of the existing political debates concerning the U.S. domestic adoption process.

The first involves the restrictions some states impose on same-sex and single-parent adoptions; the second involves the 2008 Hague treaty, which placed significant roadblocks in the path of potential parents from other countries who want to adopt children from the United States.

To assess the impact these restrictions have on the successful placement of children for adoption, the researchers turned to the data they had collected.

In one analysis, the researchers dropped all same-sex parents from their data set. When they did this, the number of successful matches dropped too—by 6 percent. “This is a substantial amount,” says Felli, “considering that only 18 percent of the birth mothers in our pool allow adoption by same-sex couples in the first place.”

Politics of adoption
Excluding foreign parents from the pool had an even greater effect—producing a 33 percent decline in the number of babies successfully placed with an adoptive family.

Yariv thinks this remarkably steep decline may have to do with the fact that foreign parents have “more flexible” preferences.

“These data suggest that caution should be used in some of these political debates,” says Felli. “When asking whether adopted children should find a home with a single-sex or foreign family as opposed to a U.S. heterosexual family, one should account for the considerable chance that the child in question may not be matched with a family at all and will end up in foster care instead.”

To see how such bad outcomes can be avoided the team will look at alternatives to the U.S. adoption system.

“In most European countries,” Yariv explains, “there’s a more centralized system, where effectively a judge makes the matches. We’d like to see how much efficiency we’d gain or lose by looking at intermediate levels of this kind of centralization.”

Can a flu and COVID shot combo increase vaccination?