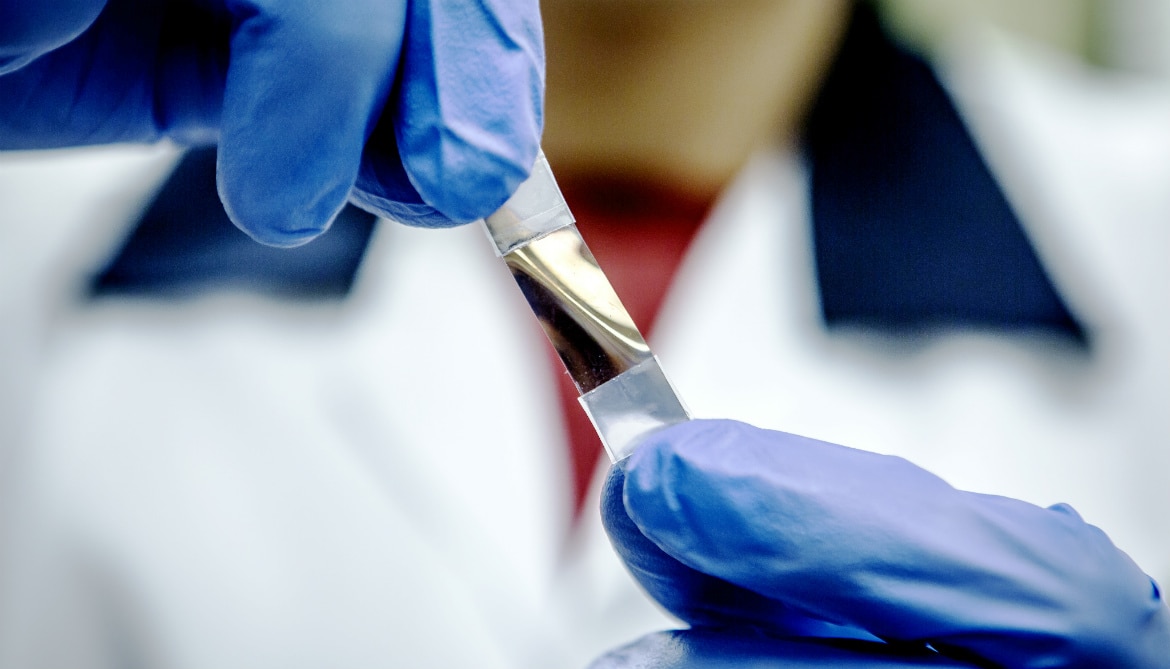 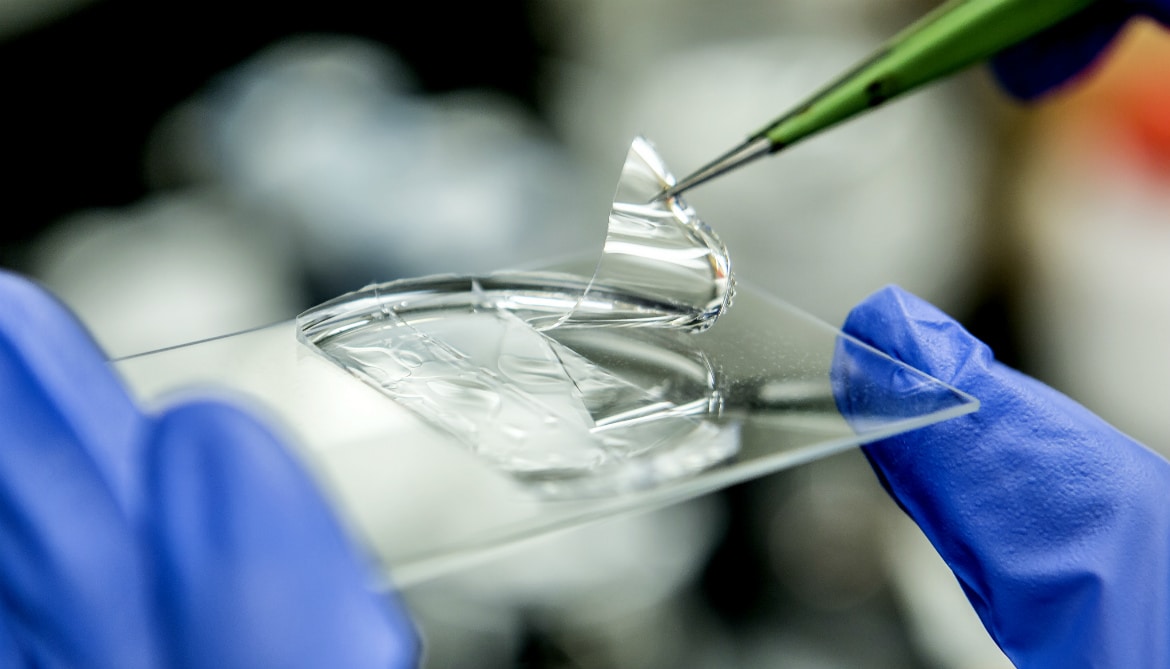 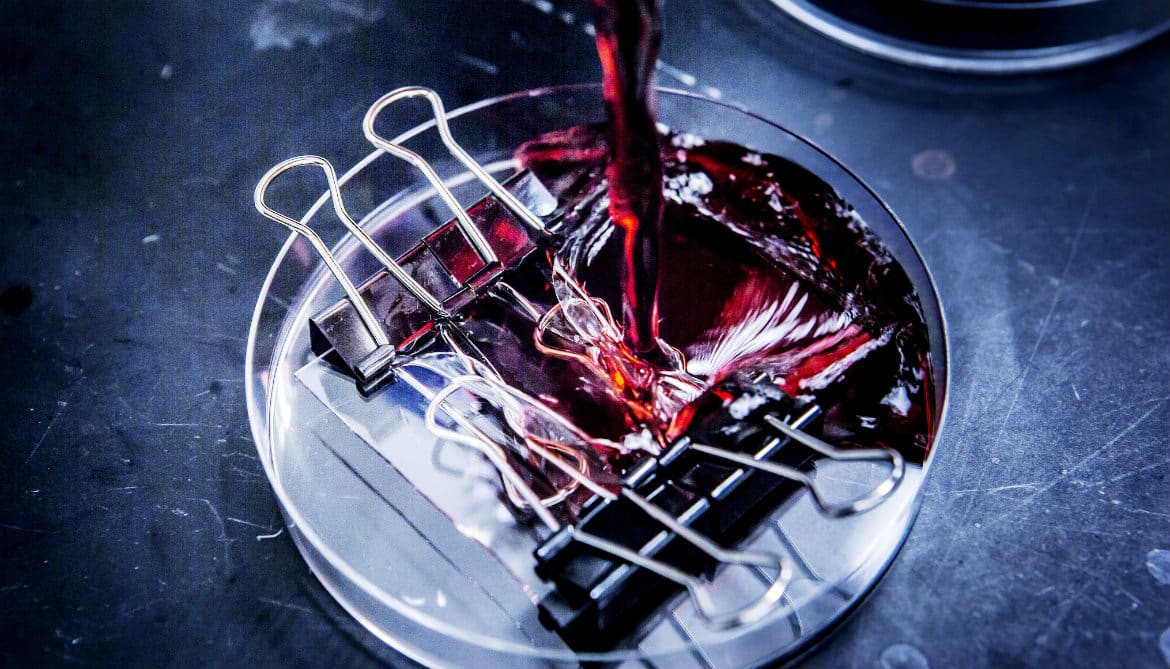 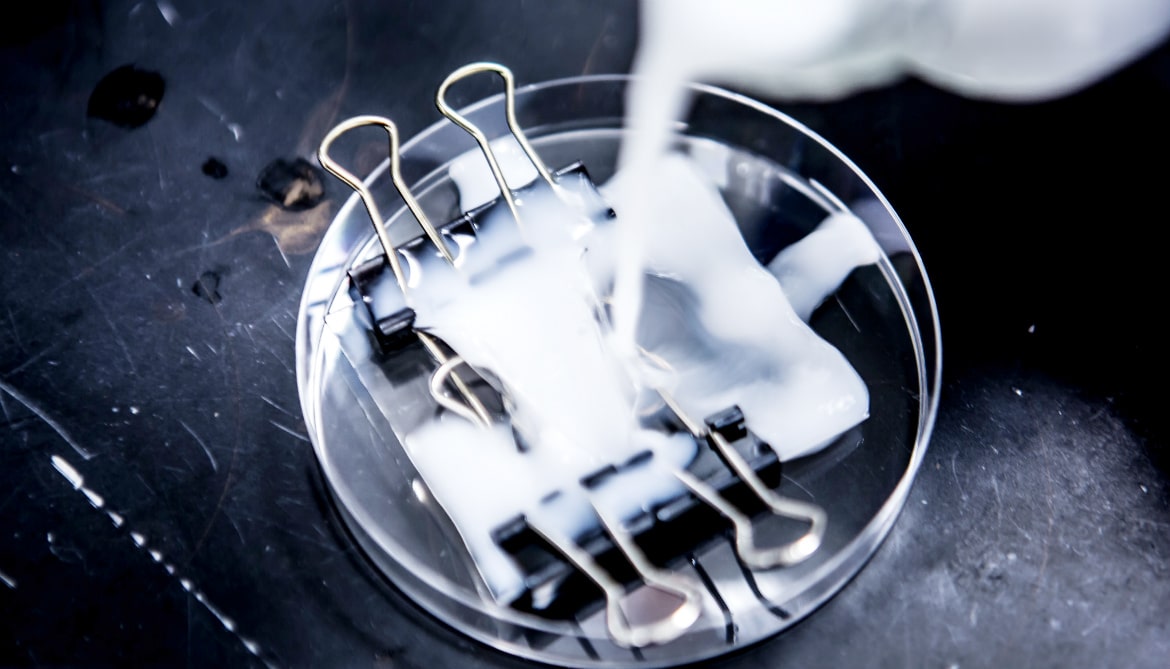 A thin, stretchable film that coils light waves like a Slinky could one day lead to more precise, less expensive monitoring for cancer survivors.

Chemical engineers say the device, which could be about the size of a smartphone, would help patients get better follow-up treatment with less disruption to their everyday lives.

The film provides a simpler, more cost-effective way to produce circularly polarized light, an essential ingredient in the process that could eventually provide an early warning of cancer recurrence.

“More frequent monitoring could enable doctors to catch cancer recurrence earlier, to more effectively monitor the effectiveness of medications, and to give patients better peace of mind. This new film may help make that happen,” says Nicholas Kotov, professor of engineering at the University of Michigan.

Circular polarization is invisible to the naked eye, and it’s rare in nature. That makes it useful in an up-and-coming cancer detection process that looks to be able to spot telltale signs of the disease in blood. Currently in the research stage, the process requires large, expensive machines to generate the circularly polarized light. But researchers believe the new film could provide a simpler, less expensive way to induce polarization.

The earliest stages of cancer

The detection process identifies biomarkers—bits of protein and snippets of DNA—that are present in the blood from the earliest stages of cancer recurrence. It starts with synthetic biological particles that are made to be attractive to these biomarkers.

Scientists envision that the film could be used to make a portable smartphone-sized device that could quickly analyze blood samples. The devices could be used by doctors or potentially even by survivors at home.

“This film is light, flexible, and easy to manufacture,” Kotov says. “It creates many new possible applications for circularly polarized light, of which cancer detection is just one.”

Another key advantage is the film’s stretchability. Light stretching causes precise, instantaneous oscillations in the polarization of the light that’s passed through it.

This can change the intensity of the polarization, alter its angle or reverse the direction of its spin. It’s a feature that could enable doctors to change the properties of light, like focusing a telescope, to zero in on a wider variety of particles.

As reported in the journal Nature Materials, researchers started with a rectangle of PDMS, the flexible plastic used for soft contact lenses. They twisted one end of the plastic 360 degrees and clamped both ends down. They then applied five layers of reflective gold nanoparticles—enough particles to induce reflectivity, but not enough to block light from passing through. They used alternating layers of clear polyurethane to stick the particles to the plastic.

“We used gold nanoparticles for two reasons,” says Yoonseob Kim, a graduate student research assistant in chemical engineering. “First, they’re very good at polarizing the kind of visible light that we were working with in this experiment. In addition, they’re very good at self-organizing into the S-shaped chains that we needed to induce circular polarization.”

Finally, they untwisted the plastic. The untwisting motion caused the nanoparticle coating to buckle, forming S-shaped particle chains that cause circular polarization in light that’s passed through the plastic. The plastic can be stretched and released tens of thousands of times, altering the degree of polarization when it’s stretched and returning to normal when it’s released over and over again.

A commercially available device is likely several years away. Researchers also envision the use of circularly polarized light for data transmission and even devices that can bend light around objects, making them partially invisible. The University of Michigan is pursuing patent protection for the technology.

The National Science Foundation and the US Department of Defense funded the work.