"I don't think they could have gotten that large unless they were walking," says Christine Janis about the giant sthenurine kangaroos that lived until 30,000 years ago. (Credit: Alexis Counsell/Flickr) 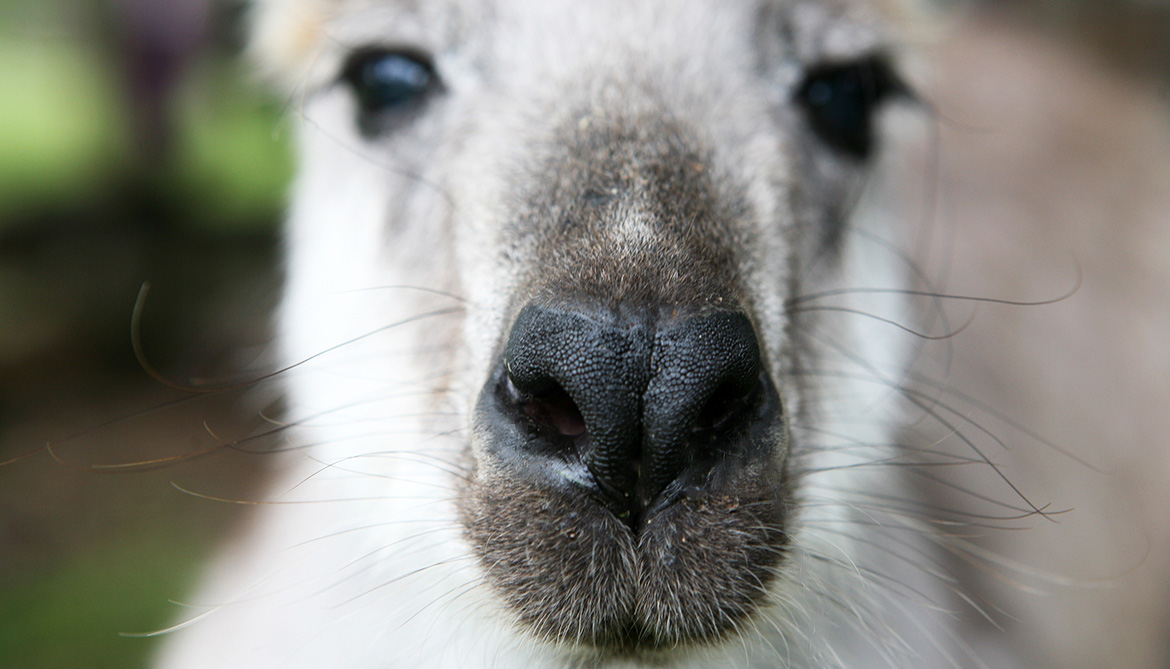 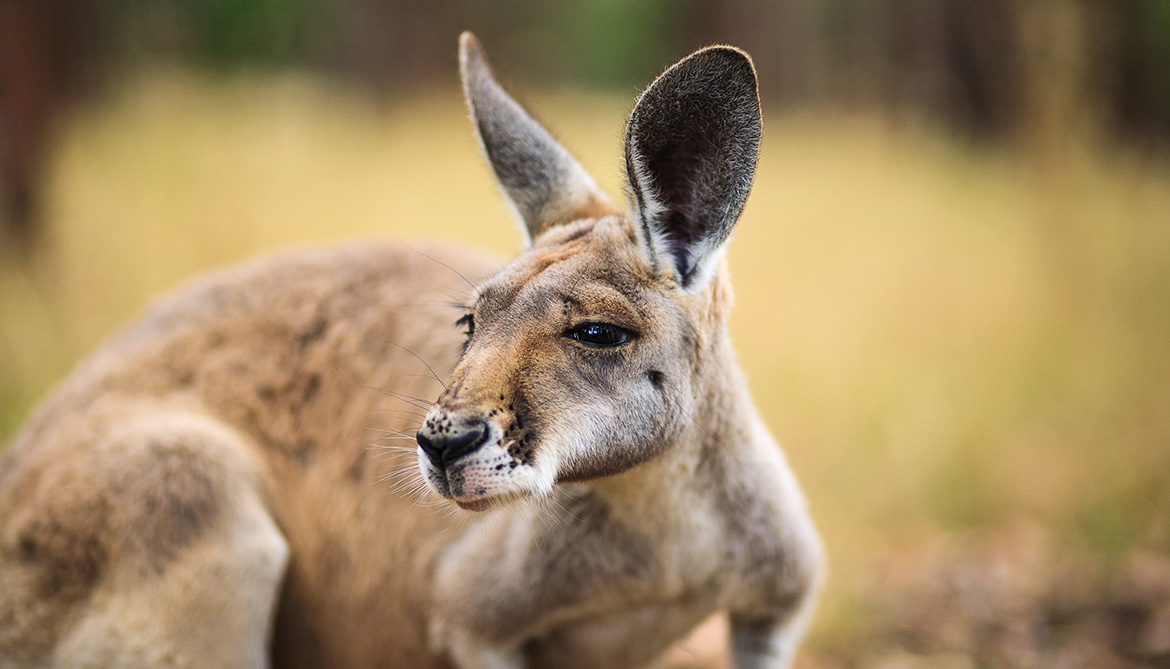 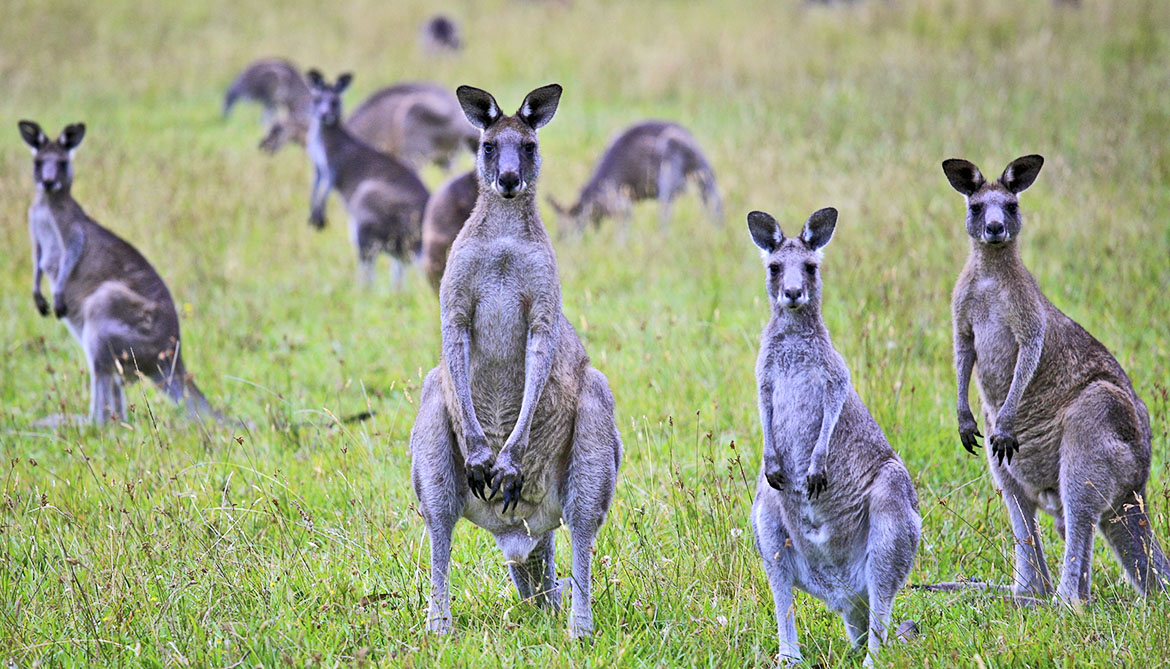 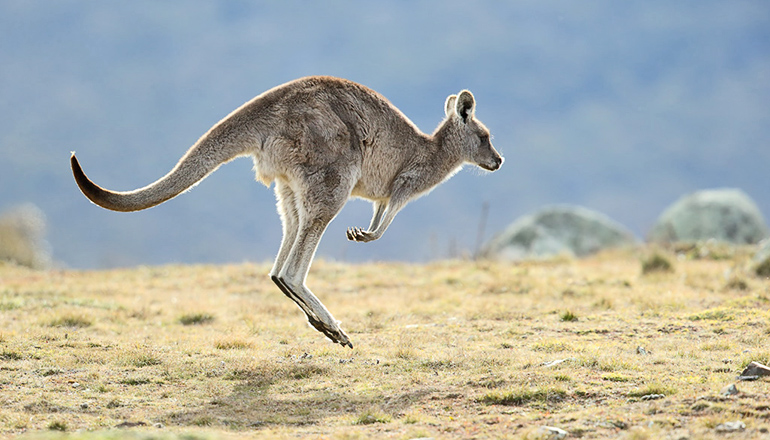 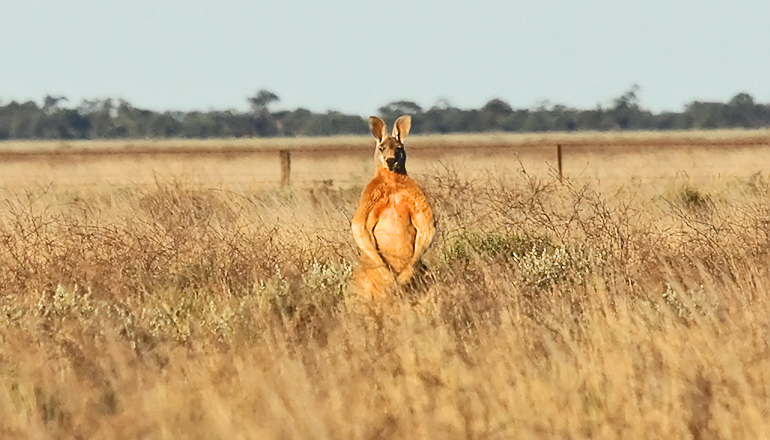 Unlike their modern-day relatives, sthenurine kangaroos, which lived until 30,000 years ago, probably preferred walking to hopping. Weighing as much as 550 pounds probably made hopping very hard to do.

For a new study, scientists conducted statistical and biomechanical analysis of the bones of sthenurines and other kangaroos past and present. In all, they made nearly 100 measurements on each of more than 140 individual kangaroo and wallaby skeletons from many genera and species.

The investigation started in 2005 when Christine Janis, professor of ecology and evolutionary biology at Brown University, saw a sthenurine skeleton that displayed, among other traits, a sturdy rather than flexible-looking spine.

She began to wonder if the animal moved the same way modern, familiar kangaroos do. She and colleagues then spent years working to discover how sthenurines, known as “short-faced, giant kangaroos,” likely got around.

In the ensuing measurements and statistical analyses researchers found several reasons to hypothesize that for locomotion, stheneurines were fundamentally unlike large modern red and grey kangaroos. On statistical plots charting trait after trait of hind limb bones, sthenurines consistently stood apart from their hopping cousins.

Other researchers had already noted other differences—sthenurines had teeth for browsing for food, for example, rather than grazing, like the large kangaroos of today.

From a biomechanical standpoint, the anatomy of all sizes of sthenurines would have made them poor hoppers, Janis says. “I don’t think they could have gotten that large unless they were walking.”

Today’s kangaroos hop at fast speeds and move about on all fours for slow speed travel or pentapedally, which means on all fours plus the tail). This requires a flexible backbone, sturdy tail, and hands that can support their body weight. Sthenurines don’t appear to have had any of those attributes.

Even if sthenurines still hopped to attain fast speeds, bipedal walking was much more likely to be at least their mode of slow speed locomotion. Researchers found multiple lines of evidence suggesting that sthenurines were much better suited than extant kangaroos to put their weight on one foot at a time, a requirement for walking. The only possible example of walking in living kangaroos are anecdotal reports of it in tree kangaroos.

The paper, published in PLOS ONE, offers several examples of how sthenurines were anatomically ill-suited for hopping but well suited for bearing weight on one leg at a time.

Take, for one example, the evidence from the ankles of sthenurines. In walking and running animals such as horses and dogs, the lower end of the tibia has a flange that wraps over the back of the joint, providing extra stability to support more weight on each ankle. Living kangaroos, who almost always distribute their weight over both feet equally, don’t have that flange, but sthenurines did.

Sthenurines had proportionally bigger hip and knee joints. The shape of the pelvis differs as well. The sthenurines had a broad and flared pelvis that would have allowed for proportionally much larger gluteal muscles than other kangaroos. Those muscles would have allowed them to balance weight over just one leg at a time, as do the large gluteals of humans during walking.

Many of the skeletons show that sthenurines were proportionally more “robust” (big-boned) than the rather slender-boned large living kangaroos.

In looking at overall kangaroo anatomy through history, the analysis reveals that, if anything, the large kangaroos that are the “weird” ones are actually the living red and gray kangaroos, because they are proportionally very lightly built for their size (like cheetahs among cats).

Previous research has shown that sthenurines’ hands were ill-suited for supporting the kangaroo for all-fours but were instead specialized for foraging. That also helps to rule out the idea that sthenurines would have gotten far on all fours or pentapedally.

The sthenurine’s relatively inflexible spine suggests that hopping or pentapedal locomotion would have been difficult, but walking would not have been, Janis says.

“If it is not possible in terms of biomechanics to hop at very slow speeds, particularly if you are a big animal, and you cannot easily do pentapedal locomotion, then what do you have left? You’ve got to move somehow.”

Whether the reliance on walking, which isn’t as fast as efficient or as suited for long distances as hopping, explains why sthenurines became extinct about 30,000 years ago is unknown, Janis says. They might have struggled to elude human hunters, or they might have been unable to migrate far enough to find food as climate became more arid.

The hypothesis that sthenurines were walkers would benefit from other lines of evidence, like the discovery of preserved tracks. But the balance of the anatomy shows that these roos were specialized—and sometimes sized—for walking, not for hopping.