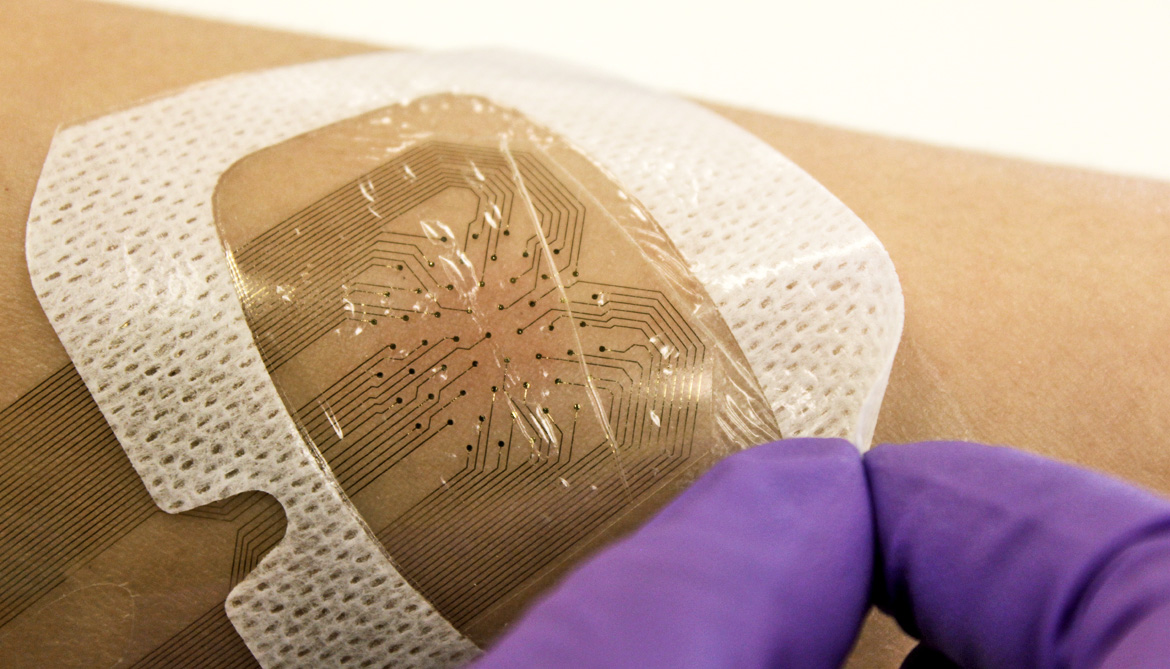 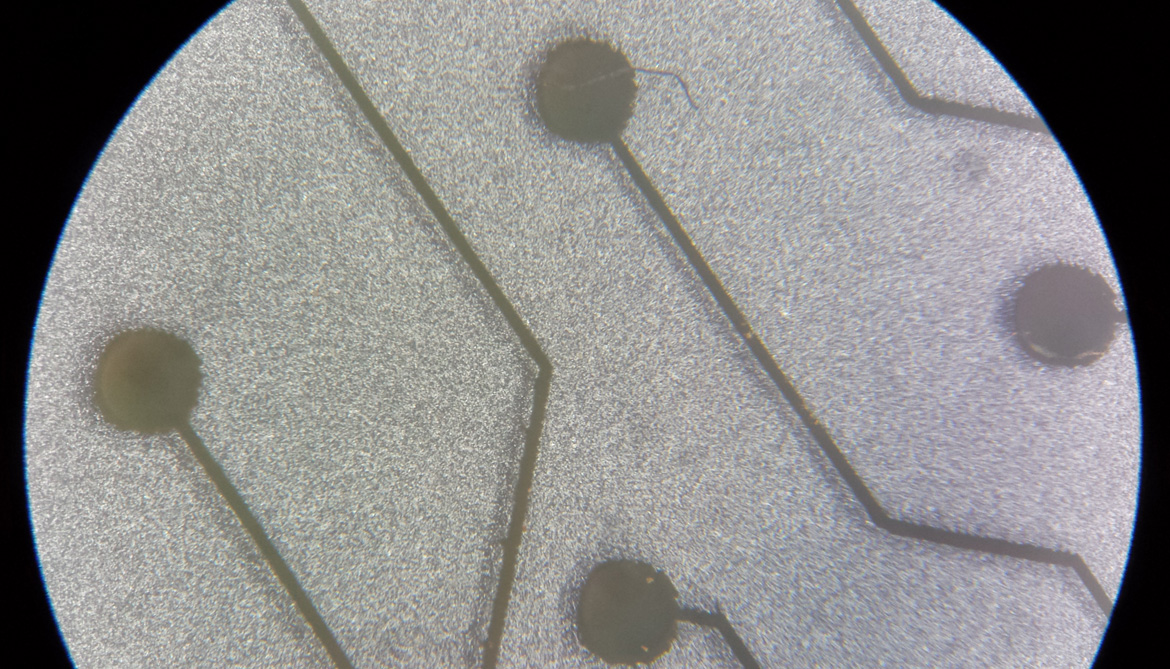 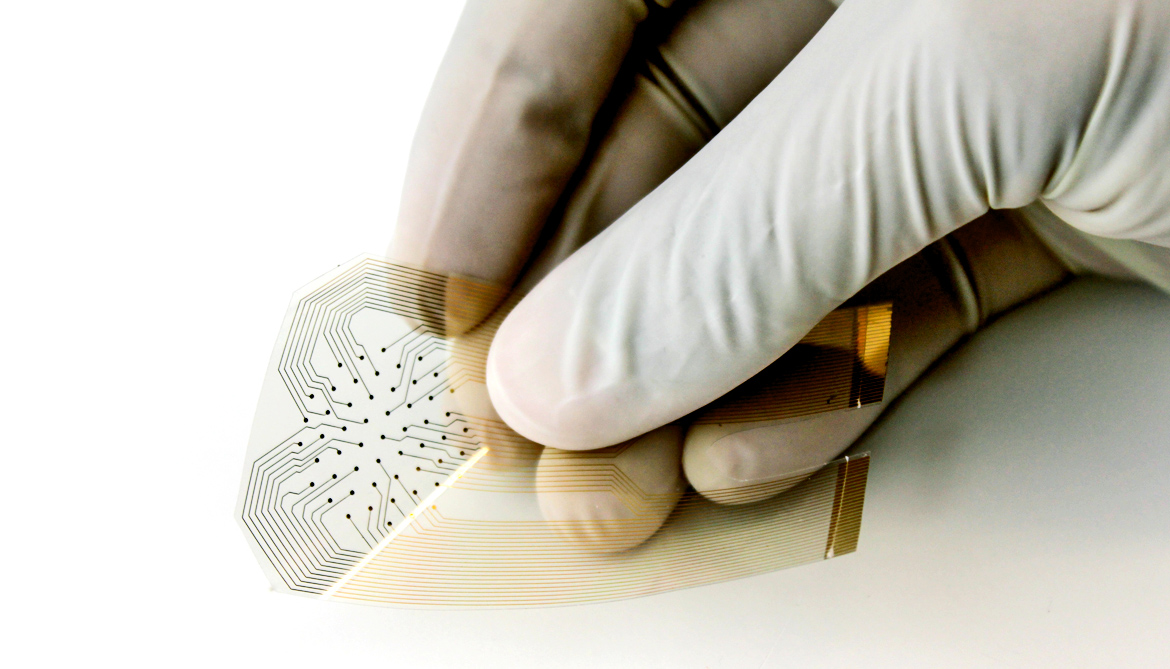 A new type of bandage does far more than stanch the bleeding from a paper cut or scraped knee.

The  “smart bandage” uses electrical currents to detect early tissue damage from pressure ulcers or bedsores before they can be seen by human eyes—and while recovery is still possible.

“We set out to create a type of bandage that could detect bedsores as they are forming, before the damage reaches the surface of the skin,” says Michel Maharbiz, associate professor of electrical engineering and computer sciences at University of California, Berkeley.

“We can imagine this being carried by a nurse for spot-checking target areas on a patient, or it could be incorporated into a wound dressing to regularly monitor how it’s healing.”

For the study, published in Nature Communications, researchers exploited the electrical changes that occur when a healthy cell starts dying. They tested the thin, non-invasive bandage on the skin of rats and found that the device was able to detect varying degrees of tissue damage consistently across multiple animals.

“By the time you see signs of a bedsore on the surface of the skin, it’s usually too late”

The findings could provide a major boost to efforts to stem a health problem that affects an estimated 2.5 million people in the United States alone at an annual cost of $11 billion.

Pressure ulcers, or bedsores, are injuries that can result after prolonged pressure cuts off adequate blood supply to the skin. Areas that cover bony parts of the body, such as the heels, hips, and tailbone, are common sites for bedsores. Patients who are bedridden or otherwise lack mobility are most at risk.

“By the time you see signs of a bedsore on the surface of the skin, it’s usually too late,” says Michael Harrison,  professor of surgery at University of California, San Francisco, and a co-investigator of the study.

“This bandage could provide an easy early-warning system that would allow intervention before the injury is permanent. If you can detect bedsores early on, the solution is easy. Just take the pressure off.”

Bedsores are associated with deadly septic infections, and recent research has shown that the odds of a hospital patient dying are 2.8 times higher when they have pressure ulcers. The growing prevalence of diabetes and obesity has increased risk factors.

“The genius of this device is that it’s looking at the electrical properties of the tissue to assess damage. We currently have no other way to do that in clinical practice,” Harrison says.

“It’s tackling a big problem that many people have been trying to solve in the last 50 years. As a clinician and someone who has struggled with this clinical problem, this bandage is great.”

To make the bandage, researchers printed an array of dozens of electrodes onto a thin, flexible film and discharged a very small current between the electrodes to create a spatial map of the underlying tissue based upon the flow of electricity at different frequencies, a technique called impedance spectroscopy.

A cell’s membrane is relatively impermeable when functioning properly, thus acting like an insulator to the cell’s conductive contents and drawing the comparison to a capacitor. As a cell starts to die, the integrity of the cell wall starts to break down, allowing electrical signals to leak through, much like a resistor.

“Our device is a comprehensive demonstration that tissue health in a living organism can be locally mapped using impedance spectroscopy,” says Sarah Swisher, a PhD candidate in electrical engineering and computer sciences at UC Berkeley, and the study’s lead author.

To mimic a pressure wound, the researchers gently squeezed the bare skin of rats between two magnets. They left the magnets in place for one or three hours while the rats resumed normal activity. The resumption of blood flow after the magnets were removed caused inflammation and oxidative damage that accelerated cell death.

The smart bandage, which collected data once a day for at least three days to track the progress of the wounds., was able to detect changes in electrical resistance consistent with increased membrane permeability, a mark of a dying cell.

“One of the things that makes this work novel is that we took a comprehensive approach to understanding how the technique could be used to observe developing wounds in complex tissue,” Swisher says.

“In the past, people have used impedance spectroscopy for cell cultures or relatively simple measurements in tissue. What makes this unique is extending that to detect and extract useful information from wounds developing in the body. That’s a big leap.”

The outlook for this and other smart bandage research is bright, Maharbiz says.

“As technology gets more and more miniaturized, and as we learn more and more about the responses the body has to disease and injury, we’re able to build bandages that are very intelligent. You can imagine a future where the bandage you or a physician puts on could actually report a lot of interesting information that could be used to improve patient care.”

Study coauthor David Young, professor of surgery at UCSF, is now heading up a clinical trial of the bandage. The Flexible Resorbable Organic and Nanomaterial Therapeutic Systems (FRONTS) program of the National Science Foundation funded the work.