Toxoplasma gondii egg cells pass on in cat feces and can persist in the environment for months to years, infecting marine mammals, including the endangered southern sea otter in California. (Credit: Sperry160/Flickr) 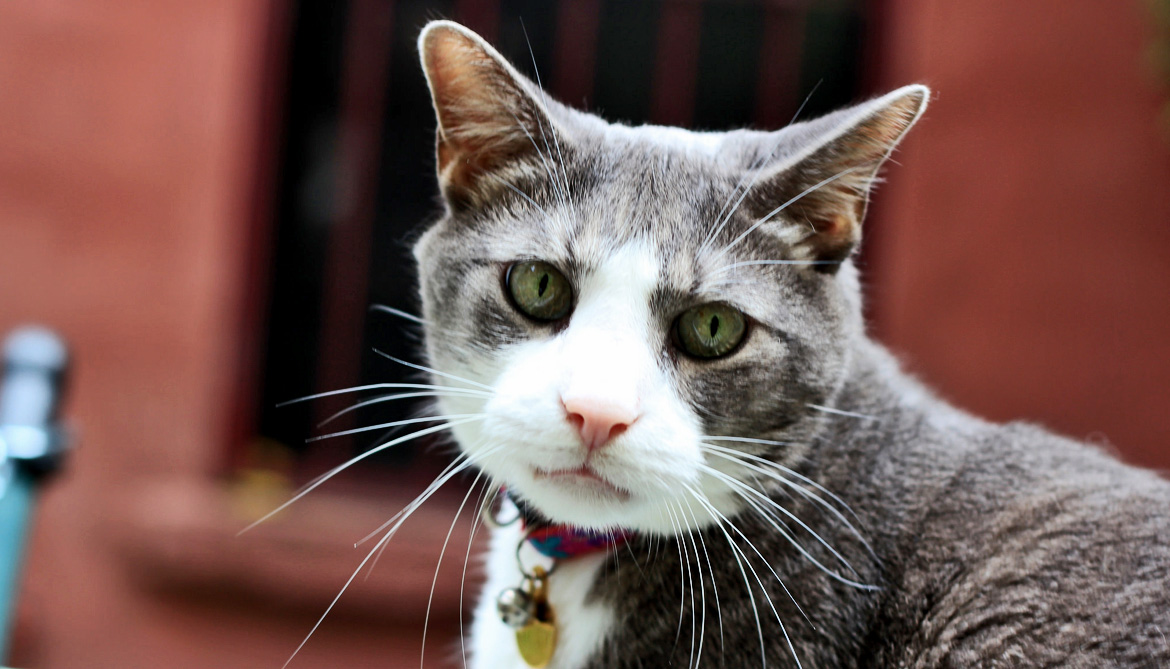 Using the parasite Toxoplasma gondii as a model, they showed how these sticky polymers increase the chance that disease-causing organisms would be picked up by marine snails, which graze on kelp and are among the common foods of some endangered sea otters.

Findings from the new study appear in the journal Proceedings of the Royal Society B.

“Discovering the role that these invisible polymers play in disease transmission in the ocean is a tremendous step forward in helping us better understand and mitigate the impacts of coastal water pollution on the health of wildlife and humans,” says lead author Karen Shapiro, a research scientist in the School of Veterinary Medicine.

Contamination of coastal waters with disease-causing microorganisms is known to pose a threat to the health of both humans and animals, but the mechanisms by which diseases are transmitted in marine ecosystems has until now remained a mystery.

The researchers focused on Toxoplasma gondii, a protozoan parasite that infects animals and humans worldwide.

The parasite actively reproduces in various cat species including domestic cats. Its egg cells pass on in cat feces and can persist in the environment for months to years, infecting marine mammals including the endangered southern sea otter in California.

Humans also can be infected by T. gondii when they consume contaminated water or undercooked shellfish.

Puzzled by the high rate of T. gondii infection in sea otters and other marine mammals, the researchers set out to track the route of transmission.

Noting that T. gondii infections were 10 times more common among sea otters that fed heavily on kelp-grazing marine snails than among otters that fed on abalone and other ocean food sources, they investigated why the sea snails might be particularly effective carriers of the parasite.

In laboratory tests, the researchers discovered that the gelatinous polymers, excreted by seaweed, act in two ways to provide an environment conducive to transmission of infectious diseases.

First, the polymers act like glue, binding together water-borne organic material into larger particles, in which infectious agents like the T. gondii egg cells can embed and more quickly settle to the ocean floor.

Secondly, the polymers help to form sticky biofilms, which can trap the T. gondii egg cells and coat kelp on which marine snails graze. The parasite then can be easily passed on when the otters eat the snails, completing the intricate chain of disease transmission from land-based cats to the endangered coastal sea otters.

Other researchers on the study contributed from UC Davis and UC Santa Cruz. The National Science Foundation’s Evolution and Ecology of Infectious Disease program provided funding for the study.