U. NOTTINGHAM (UK) — Researchers have found a way to switch on tumor suppressor genes—and turn off cancer growth—using an extract from eggs of the axolotl salamander.

The discovery could form a powerful new technology platform for the treatment of cancer of the breast and other cancers. Full details are reported in the journal Molecular Cancer.

A common cause of cancer is when cells are altered or mutated and the body’s tumor suppressor genes are switched off.

Researcher from the University of Nottingham reactivated tumor suppressor genes and stopped cancer from growing by using a treatment made from the Axolotl oocyte extract. After 60 days there was still no evidence of cancerous growth. 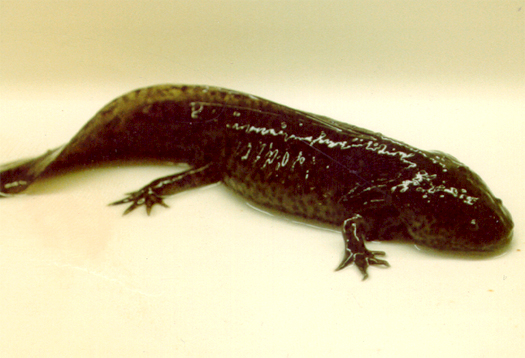 Even 60 days after a treatment made from the Axolotl oocyte extract there was still no evidence of cancerous growth. (Credit: University of Nottingham)

“The on/off switch in genes is controlled by the modification of proteins that are bound to the DNA in a cell—so called epigenetic modifications,” says Cinzia Allegrucci, a co-investigator on the study. “Tumor suppressor genes in many breast cancers are switched off by epigenetic marks, which is the underlying cause of tumors. We sought to reverse this process, activating the tumor suppressor genes, in hope of stopping cancerous cell divisions.”

What makes the axolotl salamander egg’s so special? Andrew Johnson, a genetics researcher and co-investigator, explains: “Over the years Dr Johnson’s lab has shown that humans evolved from animals that closely resemble axolotls, and because of this the proteins in axolotls are very similar to those in humans.

“Axolotl oocytes—which are the eggs prior to ovulation—are packed with molecules that have very powerful epigenetic modifying activity. Previously Johnson’s lab showed that extracts prepared from these oocytes have powerful capacity to change epigenetic marks on the DNA of human cells.

“And, in a breakthrough, they showed it is important to use oocytes from the ovary, because if the oocytes are ovulated these activities are lost. We thought that by treating cancer cells with extracts made from axolotl oocytes we could reverse the epigenetic marks on tumor suppressor genes, causing these genes to reactivate, and thereby stopping the cancerous cell growth.”