STANFORD (US) — Set aside some carefully chosen marine preserves, and marine mammals such as otters and whales may survive the damage to the oceans caused by humans, a new study finds.

Preserving just 4 percent of the ocean could protect crucial habitat for the vast majority of marine mammal species, according to researchers at Stanford University and the National Autonomous University of Mexico. Their findings were published in the Proceedings of the National Academy of Sciences.

Of the 129 species of marine mammals on Earth, including seals, dolphins, and polar bears, approximately one-quarter are facing extinction, the study notes. 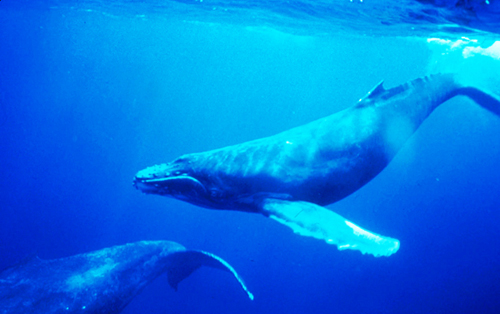 “It’s important to protect marine mammals if you want to keep the ocean’s ecosystems functional,” says study co-author Paul Ehrlich, professor of biology and senior fellow at the Woods Institute for the Environment at Stanford. “Many of them are top predators and have impacts all the way through the ecosystem. And they’re also beautiful and interesting.”

To pinpoint areas of the ocean where conservation could protect the maximum number of species and the ones most vulnerable to extinction, the researchers overlaid maps of where each marine mammal species is found. Their composite map revealed locations with the highest “species richness”—the highest number of different species.

“This is the first time that the global distribution of marine mammal richness has been compiled and presented as a map,” says co-authors Sandra Pompa and Gerardo Ceballos of the National Autonomous University of Mexico. “The most surprising and interesting result was that all of the species can be represented in only 20 critical conservation locations that cover at least 10 percent of the species’ geographic range.”

The researchers identified the 20 conservation sites based on three main criteria: how many species were present, how severe the risk of extinction was for each species and whether any of the species were unique to the area. The scientists also considered habitats of special importance to marine mammals, such as breeding grounds and migration routes.

These nine sites, which make up only 4 percent of the world’s ocean, are located off the coasts of Baja California in Mexico, eastern Canada, Peru, Argentina, northwestern Africa, South Africa, Japan, Australia, and New Zealand, the study reports.

The researchers also looked at how pollution, local climate disruption and commercial shipping overlapped with species richness in or near the nine key sites. “At least 70 percent of the richness areas coincide with regions highly impacted by humans,” according to Pompa and Ceballos. “This is powerful information that obliges us to enhance marine conservation.”

Factoring in other impacts, such as overfishing and global climate change, would likely reveal even more negative effects on the nine conservation sites, the authors said.

“The next 2 billion people we’re going to add to the planet are going to do much more damage to the ocean than the previous 2 billion did,” says Ehrlich. “Humans reach for the low-hanging fruit first, so to speak, but for the ocean that’s gone now.”

While nine of the conservation sites harbor numerous marine mammal species, the remaining 11 sites boast species found nowhere else. Preserving these areas is important, because species that live exclusively in one place may be at especially high risk for extinction, the authors said. For example, the critically endangered vaquita, or gulf porpoise, lives only in the upper northern Gulf of California, and only a few hundred individuals remain, the researchers note.

“We need to conserve what’s left of the biota of the planet, both on land and in the sea,” says Ehrlich. “We need to know where the biodiversity is before we can take many of the necessary steps to conserve it. This is just a start on the mammals of the sea.”

The study was supported by grants from the National Autonomous University of Mexico, EcoCiencia Sociedad Civil, Mexico’s National Council for Science and Technology, and the Cetacean Society International.