"[This] is an elegant example of how the world becomes different when the size of material shrinks to the scale of a single atom," says James Hone. (Credit: Rob Felt) 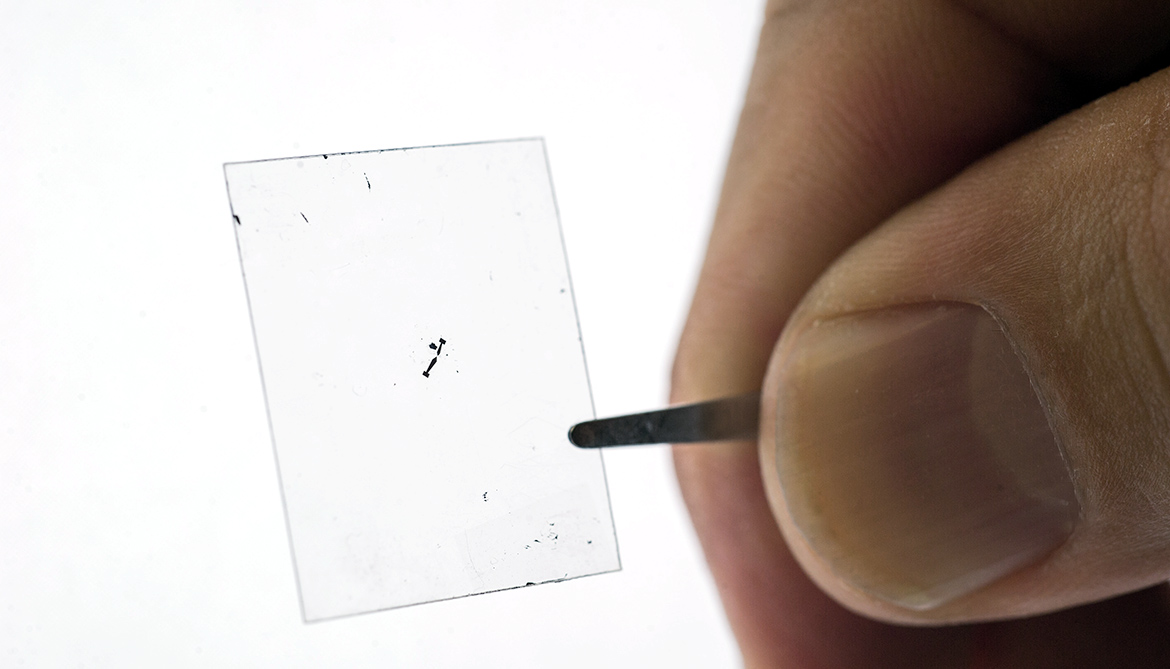 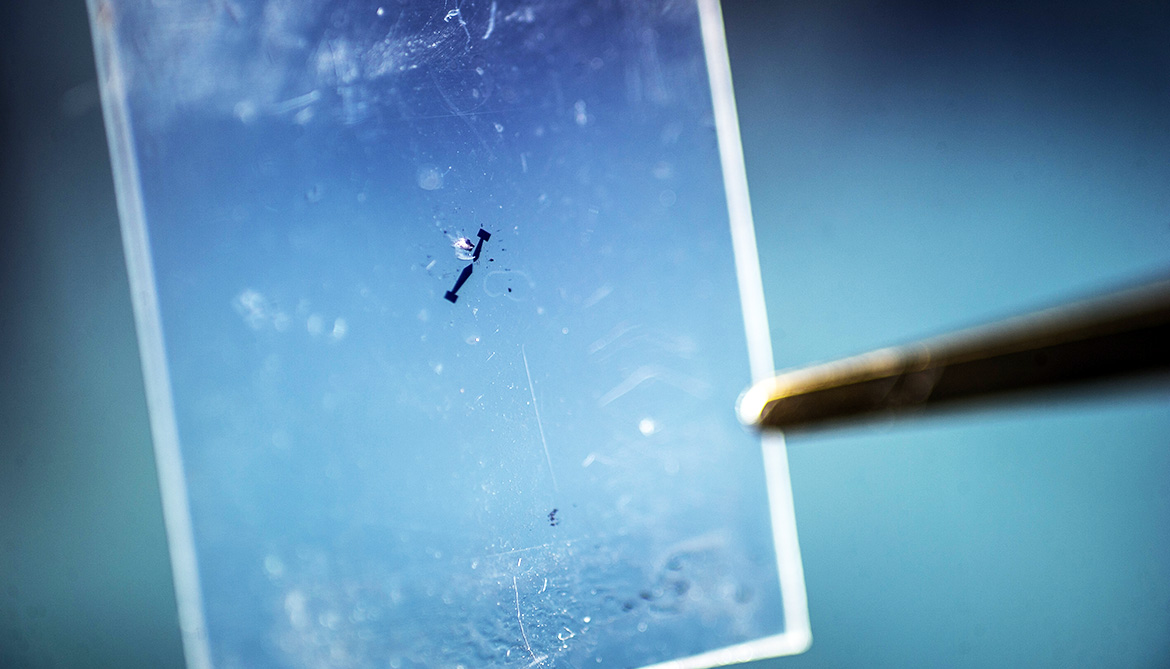 Engineers have demonstrated that a single atomic layer of molybdenum disulfide (MoS2) can generate an electrical voltage when it’s stretched or compressed.

The effect is known as piezoelectricity. Scientists had predicted it was theoretically possible in materials of only a few atomic thicknesses, but this is the first experimental observation.

The material could be the basis for unique electric generators that are lightweight, bendable, stretchable—and ultimately wearable.

“This material—just a single layer of atoms—could be made as a wearable device, perhaps integrated into clothing, to convert energy from your body movement to electricity and power wearable sensors or medical devices, or perhaps supply enough energy to charge your cell phone in your pocket,” says James Hone, professor of mechanical engineering at Columbia University and co-leader of the research.

Only works in a single layer

There are two keys to using molybdenum disulfide for generating current: using an odd number of layers and flexing it in the proper direction. The material is highly polar, but, Wang notes, so an even number of layers cancels out the piezoelectric effect. The material’s crystalline structure also is piezoelectric in only certain crystalline orientations.

For the Nature study, Hone’s team placed thin flakes of MoS2 on flexible plastic substrates and determined how their crystal lattices were oriented using optical techniques. They then patterned metal electrodes onto the flakes.

In research done at Georgia Tech, Wang’s group installed measurement electrodes on samples provided by Hone’s group, then measured current flows as the samples were mechanically deformed. They monitored the conversion of mechanical to electrical energy, and observed voltage and current outputs.

The researchers also noted that the output voltage reversed sign when they changed the direction of applied strain, and that it disappeared in samples with an even number of atomic layers, confirming theoretical predictions published last year. The presence of piezotronic effect in odd layer MoS2 was also observed for the first time.

“What’s really interesting is we’ve now found that a material like MoS2, which is not piezoelectric in bulk form, can become piezoelectric when it is thinned down to a single atomic layer,” says Lei Wang, a postdoctoral fellow in Hone’s group.

To be piezoelectric, a material must break central symmetry. A single atomic layer of MoS2 has such a structure, and should be piezoelectric. However, in bulk MoS2, successive layers are oriented in opposite directions, and generate positive and negative voltages that cancel each other out and give zero net piezoelectric effect.

“This adds another member to the family of piezoelectric materials for functional devices,” says Wenzhuo Wu, a postdoctoral fellow at Georgia Tech.

Part of a family of materials

In fact, MoS2 is just one of a group of 2D semiconducting materials known as transition metal dichalcogenides, all of which are predicted to have similar piezoelectric properties. These are part of an even larger family of 2D materials whose piezoelectric materials remain unexplored.

Importantly, as has been shown by Hone and his colleagues, 2D materials can be stretched much farther than conventional materials, particularly traditional ceramic piezoelectrics, which are quite brittle.

The research could open the door to development of new applications for the material and its unique properties.

“This is the first experimental work in this area and is an elegant example of how the world becomes different when the size of material shrinks to the scale of a single atom,” Hone adds. “With what we’re learning, we’re eager to build useful devices for all kinds of applications.”

Ultimately, Zhong Lin Wang notes, the research could lead to complete atomic-thick nanosystems that are self-powered by harvesting mechanical energy from the environment.

The US Department of Energy, Office of Basic Energy Sciences, and National Science Foundation funded the project.

Printable sensors glow when they detect viruses or other dangers