Sewn repair in Archbishop's Register 7 Greenfield, 1306-1311. (By permission of The Borthwick Institute for Archives) 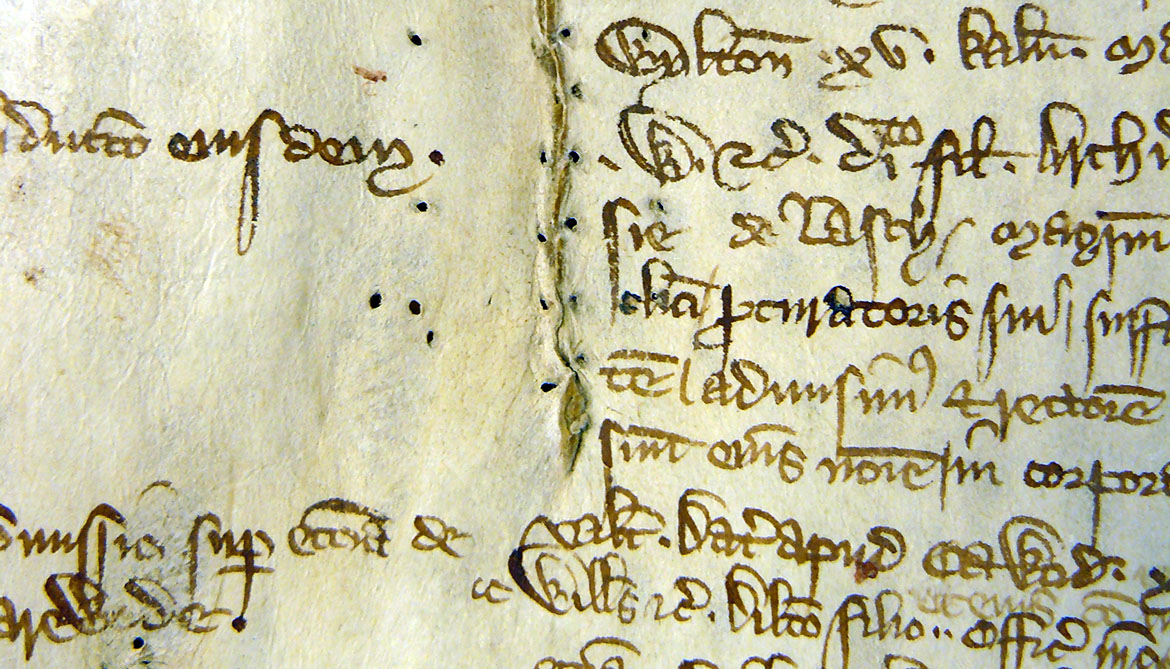 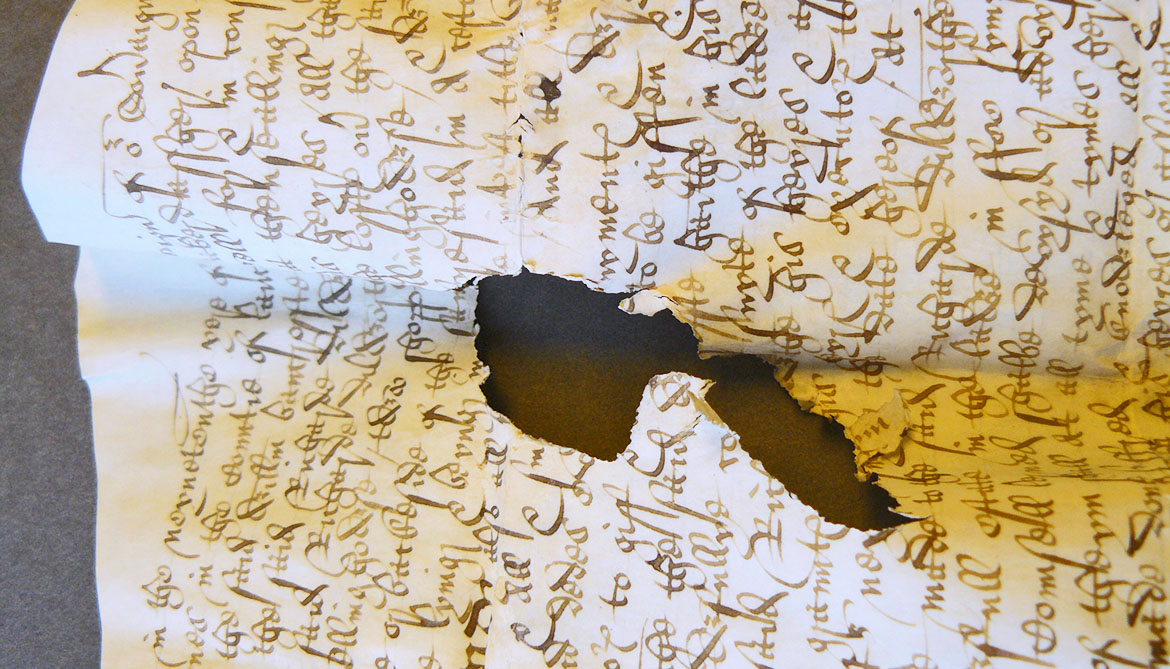 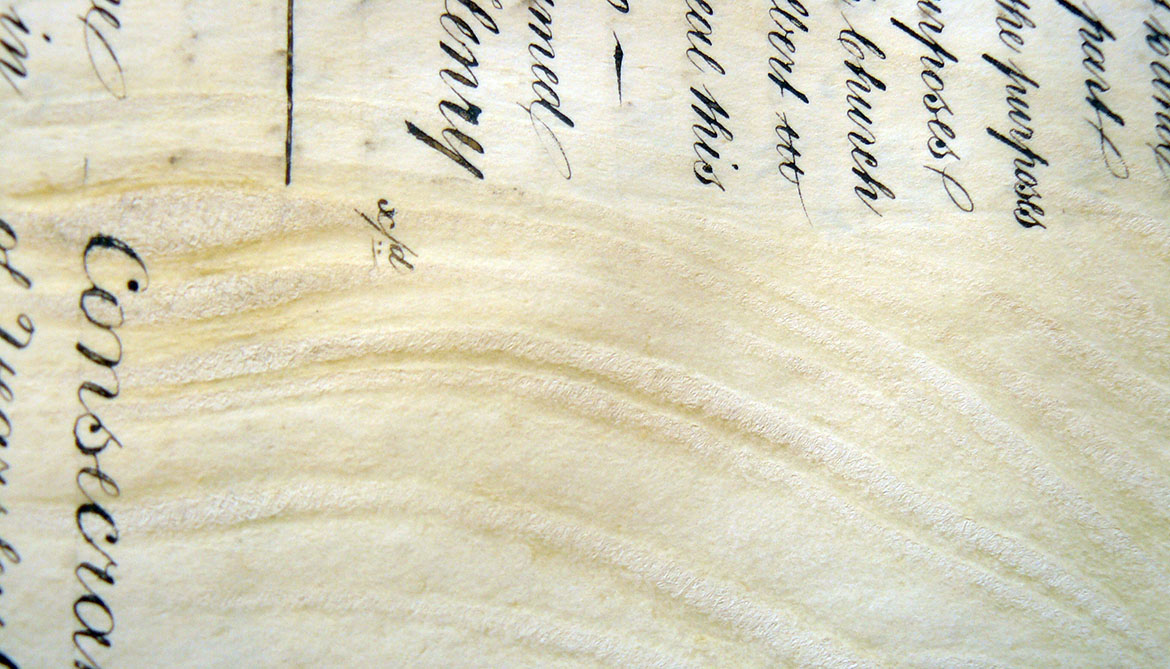 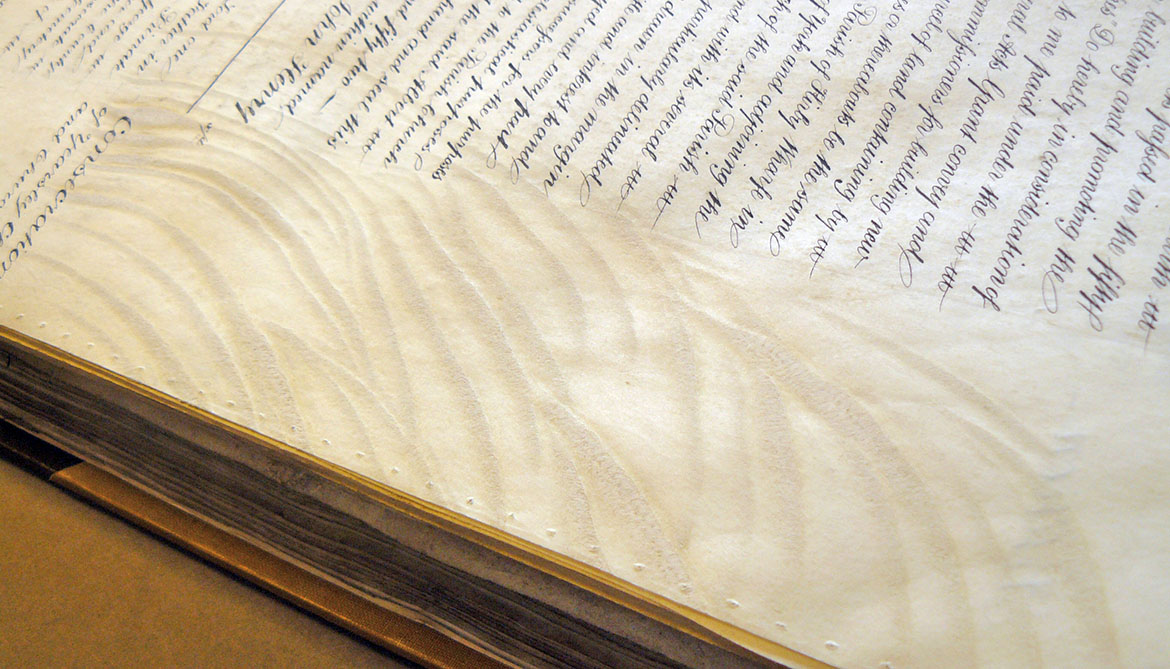 Millions of ancient documents offer clues about how agriculture in the British Isles developed over the last 700 years. But the crucial information isn’t in the texts. It’s in the parchment they’re written on.

By extracting ancient DNA and protein from tiny samples of parchment from documents from the late 17th and late 18th centuries, researchers were able to determine what kind of animals were used to make the parchments.

The discovery, published in Philosophical Transactions of the Royal Society B, shows that parchment could be a potentially unrivaled way to study the development of livestock husbandry across the centuries.

Parchment has a number of properties that make it compelling material for DNA extraction and analysis, researchers say. Because parchments are made from the skins of domestic animals, particularly livestock, their manufacture results in robust artifacts which can survive intact for many centuries.

Unlike bone remains, of which only a small percentage have been excavated, parchments are above ground, archived, and in the case of legal documents, directly related to specific dates—a level of resolution largely unachievable with any other historic DNA source. Even undated documents can be dated paleographically to a resolution better and more cheaply than radiocarbon dating.

For the new study, researchers extracted collagen (protein) from two tiny (2x2cm) samples of parchment provided by the University of York’s Borthwick Institute for Archives. Scientists at Trinity College extracted DNA from the same parchment samples.

If other parchments show similar levels of endogenous DNA content, resulting DNA sequencing could provide insights into the breeding history of livestock particularly sheep breeding before, during, and after the agricultural improvements of the 18th century that led to the emergence of regional breeds of sheep in Britain.

“We believe the two specimens derive from an unimproved northern hill-sheep typical in Yorkshire in the 17th century, and from a sheep derived from the ‘improved’ flocks, such as those bred in the Midlands by Robert Bakewell,  which were spreading through England in the 18th century,” says Matthew Collins, professor of archaeology at University of York.

“This pilot project suggests that parchments are an amazing resource and there are millions stored away in libraries, archives, solicitors’ offices and private hands. They can give us significant data about the source animal and using them we can learn an enormous amount about the development of agriculture in the British Isles. We want to understand the history of agriculture in these islands over the last 1,000 years and with this breath-taking resource we can.”

“Wool was essentially the oil of times gone by, so knowing how human change affected the genetics of sheep through the ages can tell us a huge amount about how agricultural practices evolved,” says Daniel Bradley, professor of population genetics at Trinity College Dublin.