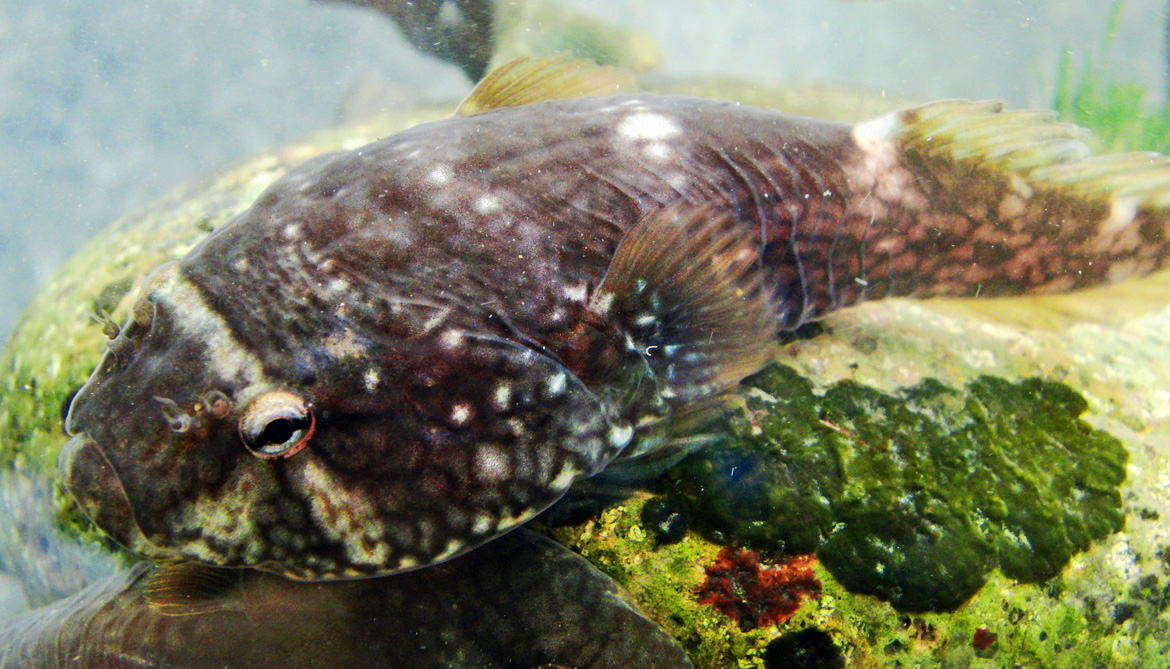 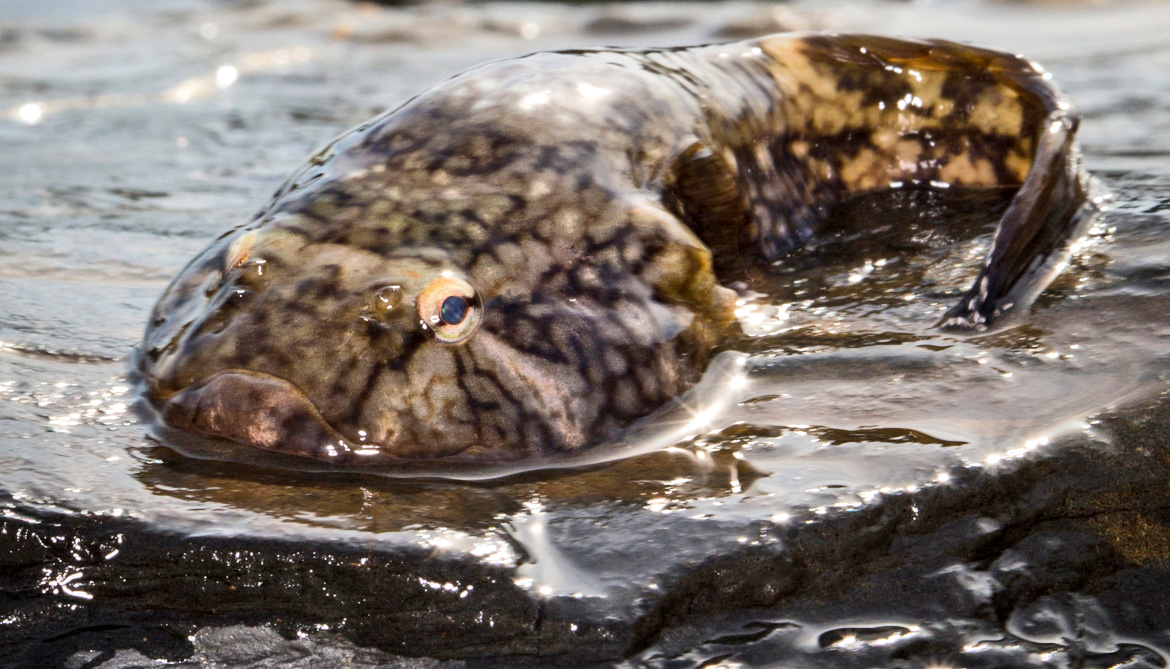 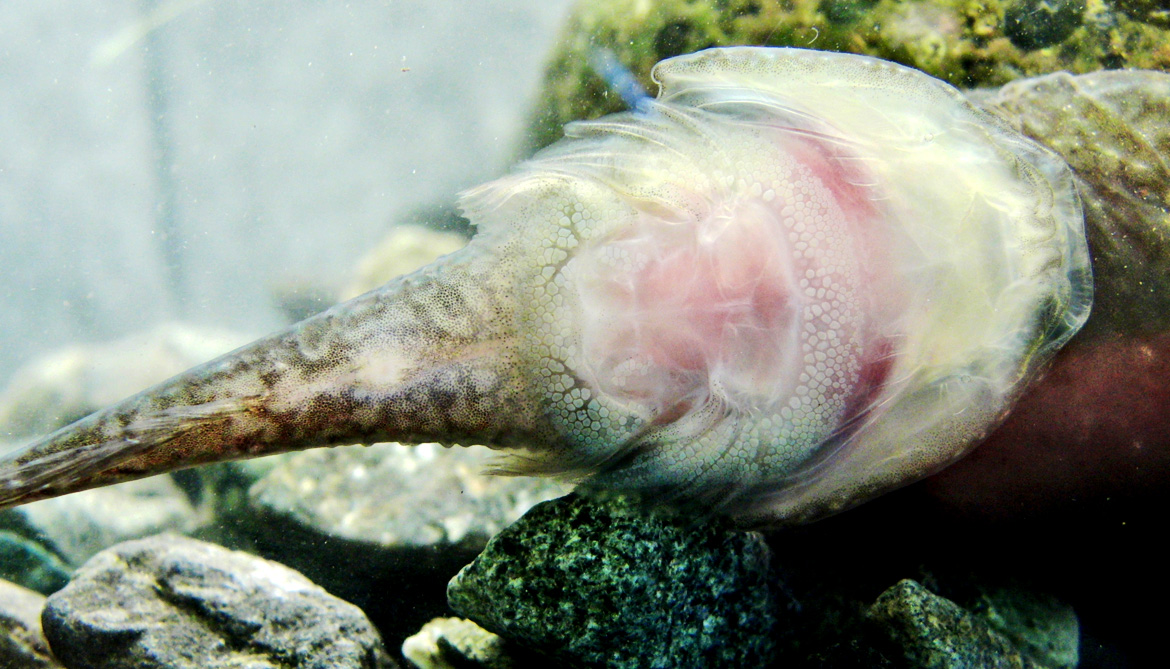 One of the world’s best suction cups is scooting around in the shallow, coastal waters of Puget Sound.

It’s called the Northern clingfish, and its small, finger-sized body uses suction forces to hold up to 150 times its own body weight. These fish actually hold on better to rough surfaces than to smooth ones, putting to shame industrial suction devices that give way with the slightest uneven surface.

Researchers at the University of Washington’s Friday Harbor Laboratories on San Juan Island are studying this quirky little fish to understand how it can summon such massive suction power in wet, slimy environments.

They are beginning to look at how the biomechanics of clingfish could be helpful in designing devices and instruments to be used in surgery and even to tag and track whales in the ocean.

Clingfish have a disc on their bellies that is key to how they can hold on with such tenacity. The rim of the disc is covered with layers of micro-sized, hairlike structures. This layered effect allows the fish to stick to surfaces with different amounts of roughness.

“Moreover, the whole disc is elastic and that enables it to adapt to a certain degree on the coarser sites,” Ditsche adds.

Many marine animals can stick strongly to underwater surfaces—sea stars, mussels, and anemones, to name a few—but few can release as fast as the clingfish, particularly after generating so much sticking power.

On land, lizards, beetles, spiders, and ants also employ attachment forces to be able to move up walls and along the ceiling, despite the force of gravity. But unlike animals that live in the water, they don’t have to deal with changing currents and other flow dynamics that make it harder to grab on and maintain a tight grip. Ditsche and Summers recently reported on the differences between adhesion in water and on land in the Beilstein Journal of Nanotechnology.

For whales and organs?

Clingfish’s unique ability to hold with great force on wet, often slimy surfaces makes them particularly intriguing to study for biomedical applications. Imagine a bio-inspired device that could stick to organs or tissues without harming the patient.

“The ability to retract delicate tissues without clamping them is desirable in the field of laparoscopic surgery,” Summers says. “A clingfish-based suction cup could lead to a new way to manipulate organs in the gut cavity without risking puncture.”

Researchers are also interested in developing a tagging tool for whales that would allow a tag to noninvasively stick to the animal’s body instead of puncturing the skin with a dart, which is often used for longer-term tagging.

No shortage of clingfish

Ditsche, Summers, and students who are studying the Northern clingfish have no shortage of specimens to choose from. This species is found in the coastal waters near Mexico all the way up to Southern Alaska. They often cling to the rocks near the shore, and at low tide the researchers can poke around in tide pools and turn over rocks to collect the fish. If they can unstick them, that is.

There are about 110 known species in the clingfish family found all over the world. The population around the San Juan Islands is robust and healthy.

Now that they have measured the strength of the suction on different surfaces, the researchers plan to look next at how long clingfish can stick to a surface. They also want to understand why bigger clingfish can stick better than smaller ones, and what implications that could have on developing materials based on their properties.

Ditsche presented her research on the sticky benefits of clingfish last month in Nashville at the Adhesive and Sealant Council’s spring convention.

The National Science Foundation and the Seaver Foundation fund the work.

Can the warming ocean supply the world’s meat?

Microplastics give land pathogens a free ride to the ocean