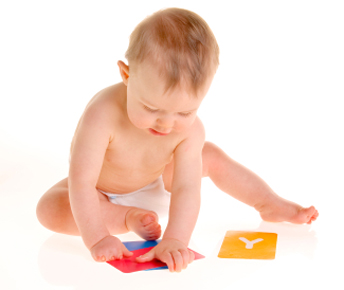 “This is one attempt at getting the ideas out there and starting a dialogue, continuing to educate the public and the scientific community, especially the younger generation of researchers,” psychologist Mark Blumberg explains. “We know we don’t have a sound bite that’s as clean and simple and sexy as saying ‘it’s genetic.’ But we’re working on it.”

U. IOWA (US)—It’s easy to explain why we act a certain way by claiming “it’s in the genes,” but a group of scientists say the world has relied on that simple explanation far too long.

“The nature-nurture debate has a pervasive influence on our lives, affecting the framework of research in child development, biology, neuroscience, personality, and dozens of other fields,” says University of Iowa psychologist John Spencer and lead author of a study published July 20 in Child Development Perspectives.

The research team supports evolution, but argues that development involves a complex system in which genes and environmental factors—everything from proteins to the socioeconomic status of a family—constantly interact, a theory they call developmental systems theory.

The researchers liken the nature/nurture debate to a pendulum that for centuries has swung one way and then the other, and argue the perspective offered by developmental systems theory should replace them both.

“Researchers sometimes claim we’re hard-wired for things, but when you peel through the layers of the experiments, the details matter and suddenly the evidence doesn’t seem so compelling,” Spencer argues. “The problem is that it’s much more complicated to explain why the evidence is on shaky ground, and often the one-liner wins out over the 10-minute explanation.”

The research team points to the challenge young children face when they encounter a new word as one example where the nature theory falls short.

When children are told a new word and shown a visual scene that contains unfamiliar objects, there are an infinite number of possible meanings for the word. But because children are good at figuring out which object in the scene the new word refers to, nativist researchers have suggested that the children have an innate ability to consider only some of the possible meanings of the word.

“When people say there’s an innate constraint, they’re making suppositions about what came before the behavior in question,” Spencer says. “Instead of acknowledging that at 12 months a lot of development has already happened and we don’t exactly know what came before this particular behavior, researchers take the easy way out and conclude that there must be inborn constraints. That’s the predicament scientists have gotten themselves into.”

Psychologist Larissa Samuelson, a coauthor of the paper, points to the “shape bias” as evidence that word learning is a cascading developmental process—not an ability that’s there from the beginning. Babies and toddlers learn to recognize solid objects with standard shapes—things like ball, car, or book—and those easy-to-distinguish objects typically become their first words.

“Language is so complex that people can’t imagine how kids could do it so well without it somehow being innate,” Samuelson argues. “But if we steer clear of the nature-nurture debate and consider it from a developmental systems perspective, we can see how pieces of knowledge—which may not even seem related to language—build over time. It gets us closer to understanding the full complexity of language learning.”

“This is one attempt at getting the ideas out there and starting a dialogue, continuing to educate the public and the scientific community, especially the younger generation of researchers,” Blumberg explains. “We know we don’t have a sound bite that’s as clean and simple and sexy as saying ‘it’s genetic.’ But we’re working on it.”