"...[T]hese resinous recipes applied to the prehistoric linen wrapped bodies contained antibacterial agents, used in the same proportions employed by the Egyptian embalmers when their skill was at its peak, some 2,500-3,000 years later," says Stephen Buckley. Above, the typical features of flax are shown at 150x in crossed polars. Tomb No. 1800, Early Predynastic. (Credit: © Ron Oldfield) 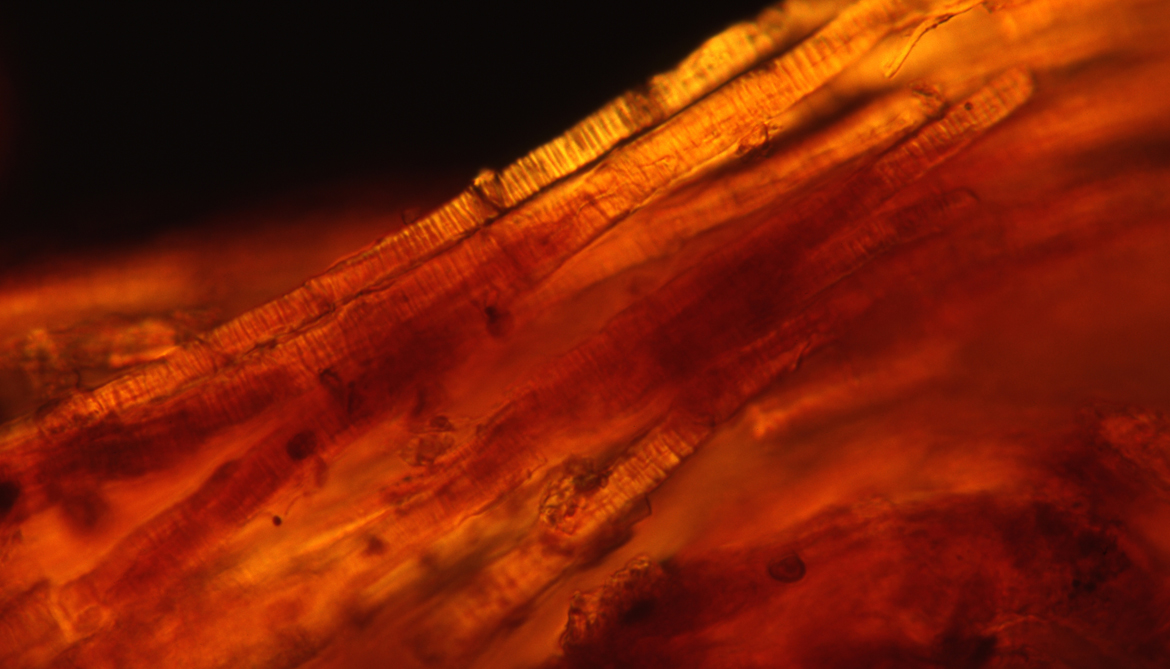 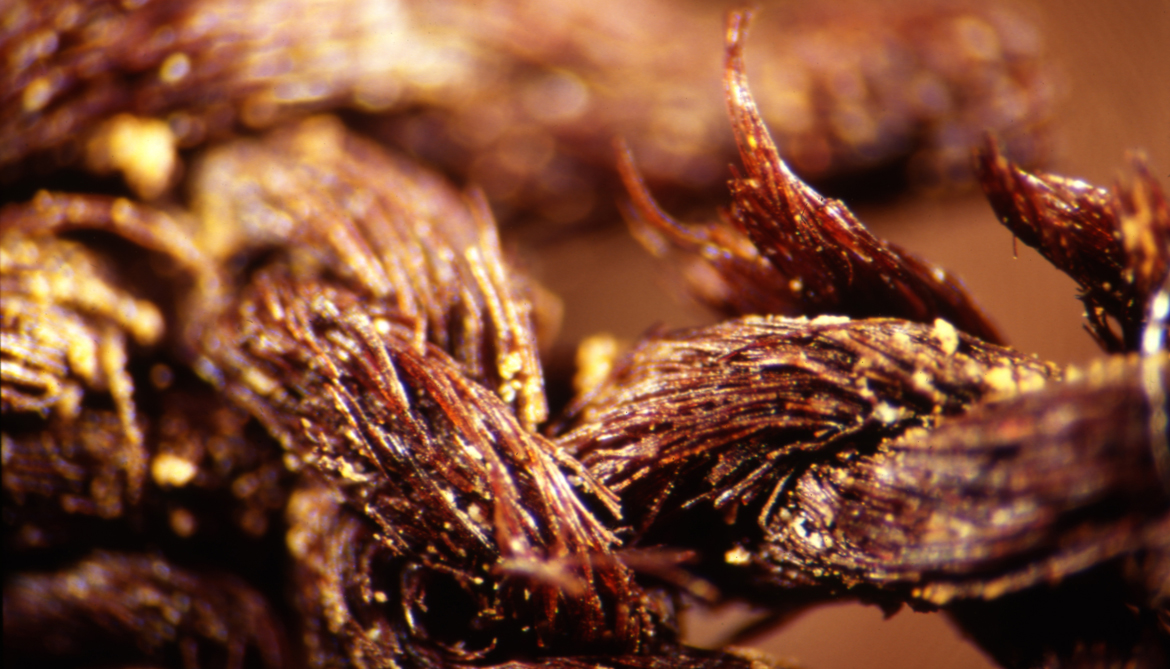 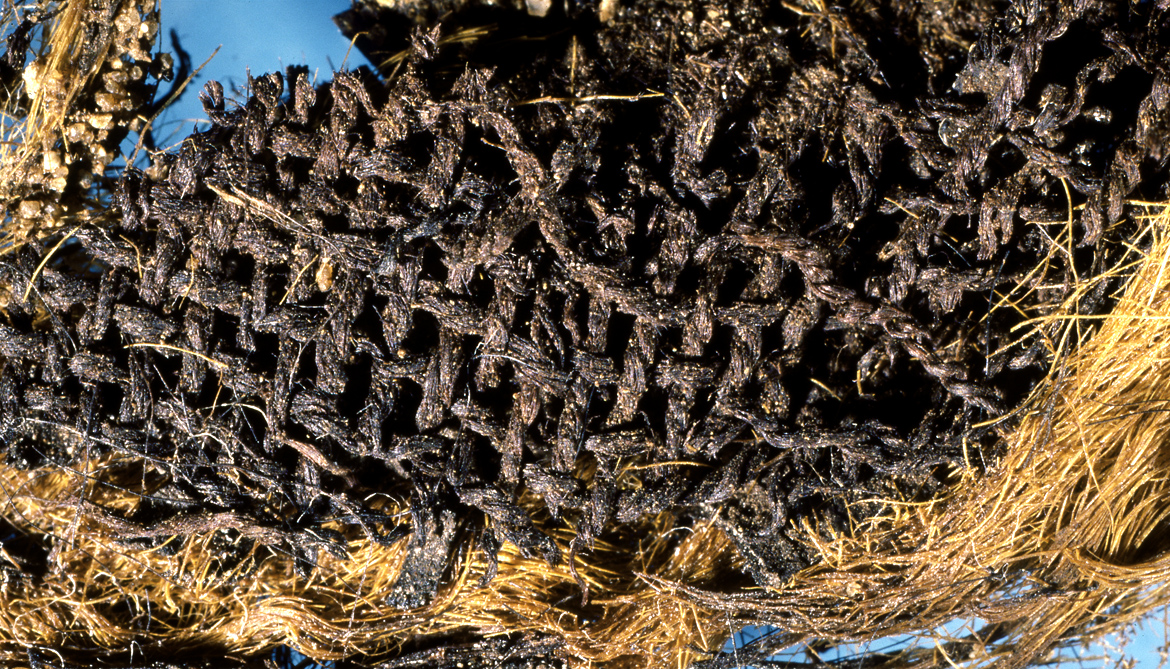 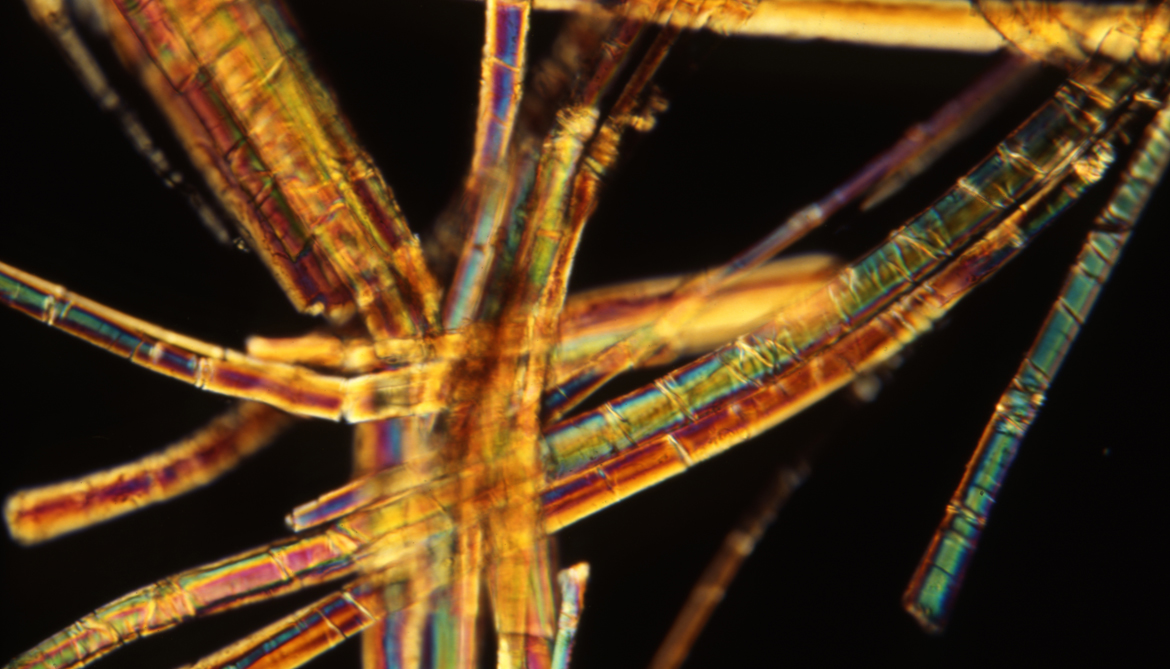 Traditional theories on ancient Egyptian mummification suggest that in prehistory—the Late Neolithic and Predynastic periods between c. 4500 and 3100 BCE—bodies were desiccated naturally through the action of the hot, dry desert sand.

Scientific evidence for the early use of resins in artificial mummification has, until now, been limited to isolated occurrences during the late Old Kingdom (c. 2,200 BCE). Their use became more apparent during the Middle Kingdom (c. 2,000-1,600 BCE).

But the research team identified the presence of complex embalming agents in linen wrappings from bodies in tombs in one of the earliest recorded ancient Egyptian cemeteries at Mostagedda, in the region of Upper Egypt. The tombs are “securely provenanced,” which means that researchers know their place of origin.

“For over a decade I have been intrigued by early and cryptic reports of the methods of wrapping bodies at the Neolithic cemeteries at Badari and Mostagedda,” says Jana Jones of Macquarie University in Sydney.

“In 2002, I examined samples of funerary textiles from these sites that had been sent to various museums in the United Kingdom through the 1930s from Egypt.

“Microscopic analysis with my colleague Mr. Ron Oldfield revealed resins were likely to have been used, but I wasn’t able to confirm my theories, or their full significance, without tapping into my York colleague’s unique knowledge of ancient organic compounds.”

Jones initiated the research and led the study with Stephen Buckley, a research fellow at the University of York. Their findings appear in PLOS ONE.

“Such controversial inferences challenge traditional beliefs on the beginnings of mummification,” says Jones.

Buckley, corresponding author of the article, used a combination of gas chromatography-mass spectrometry and sequential thermal desorption/pyrolysis to identify a pine resin, an aromatic plant extract, a plant gum/sugar, a natural petroleum source, and a plant oil/animal fat in the funerary wrappings.

Predating the earliest scientific evidence by more than a millennium, these embalming agents constitute complex, processed recipes of the same natural products, in similar proportions, as those employed at the peak of Pharaonic mummification some 3,000 years later.

“The antibacterial properties of some of these ingredients and the localized soft-tissue preservation that they would have afforded lead us to conclude that these represent the very beginnings of experimentation that would evolve into the mummification practice of the Pharaonic period,” says Buckley.

“Having previously led research on embalming agents employed in mummification during Egypt’s Pharaonic period it was notable that the relative abundances of the constituents are typical of those used in mummification throughout much of ancient Egypt’s 3000 year Pharaonic history,” he explains.

“Moreover, these resinous recipes applied to the prehistoric linen wrapped bodies contained antibacterial agents, used in the same proportions employed by the Egyptian embalmers when their skill was at its peak, some 2,500-3,000 years later.”

In 20 years, sleep apnea deaths have only risen for Black men