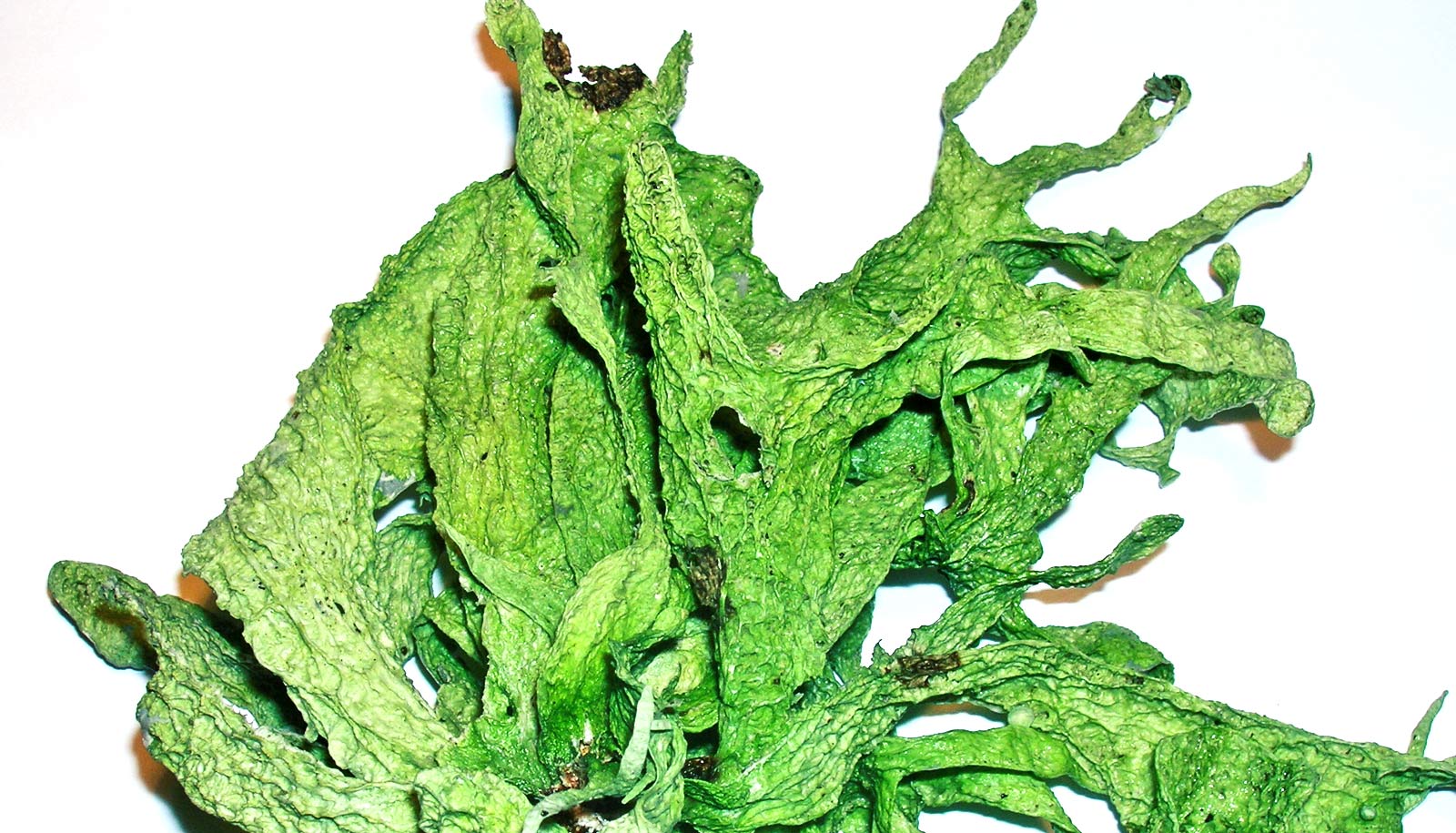 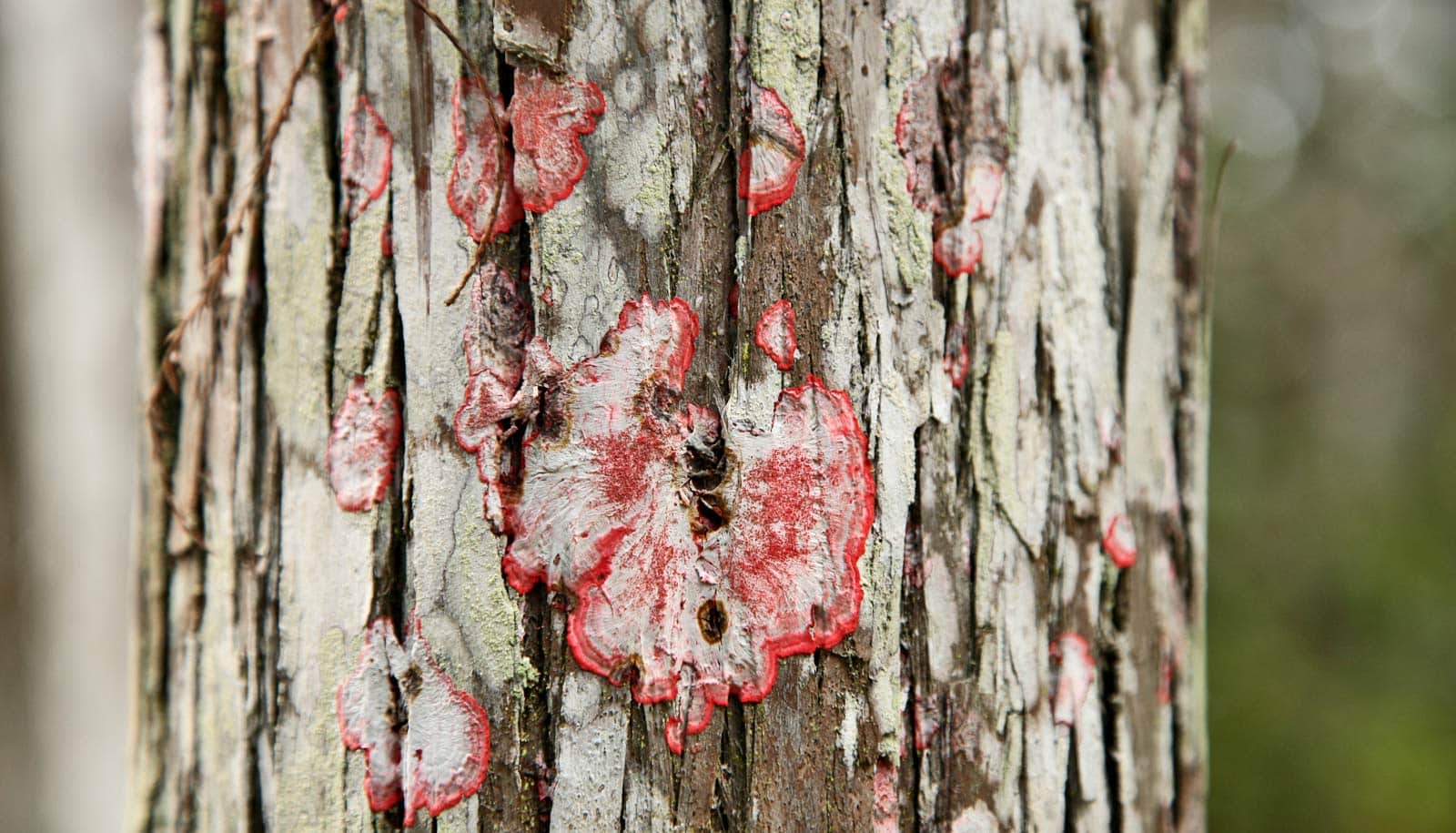 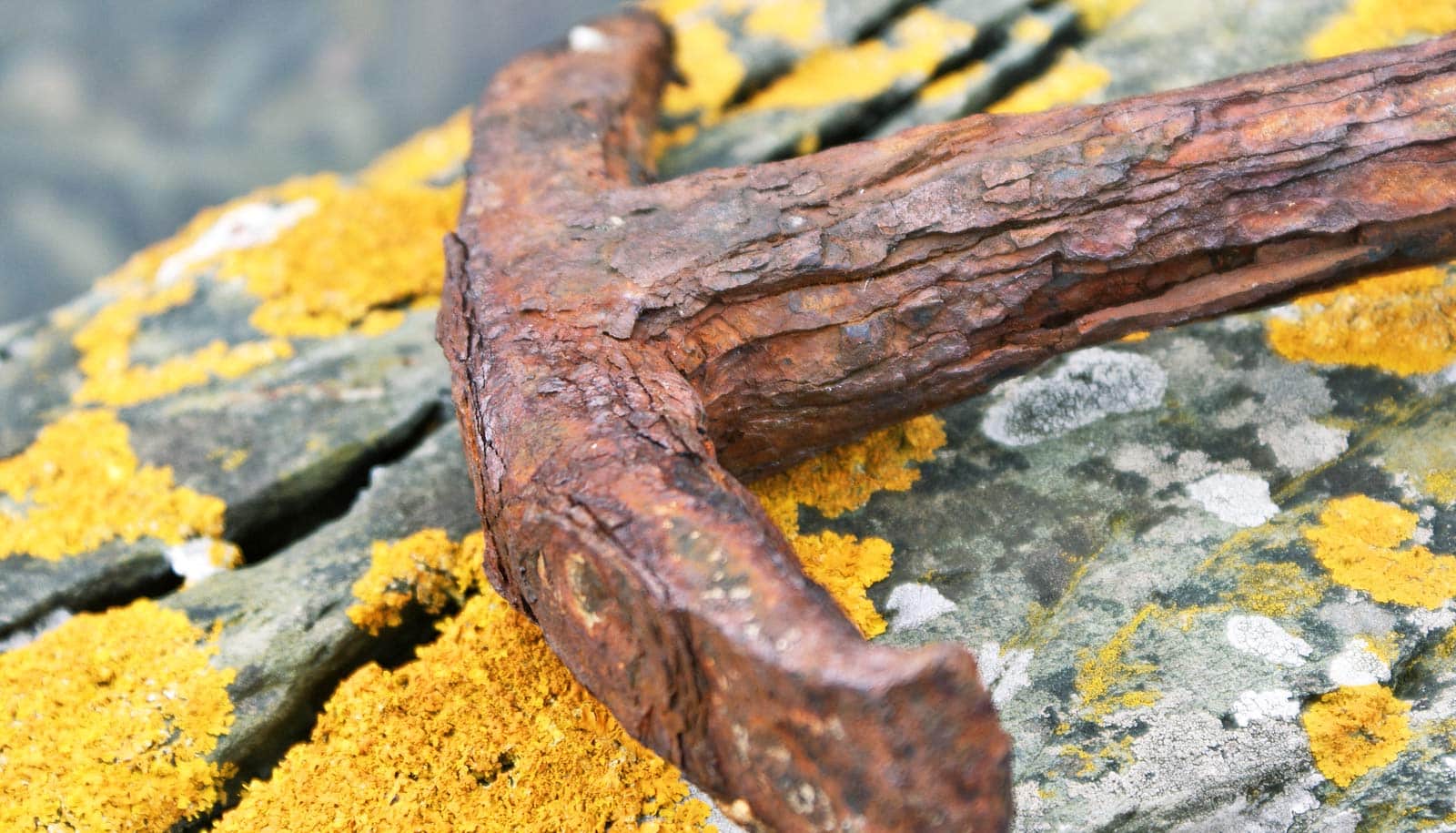 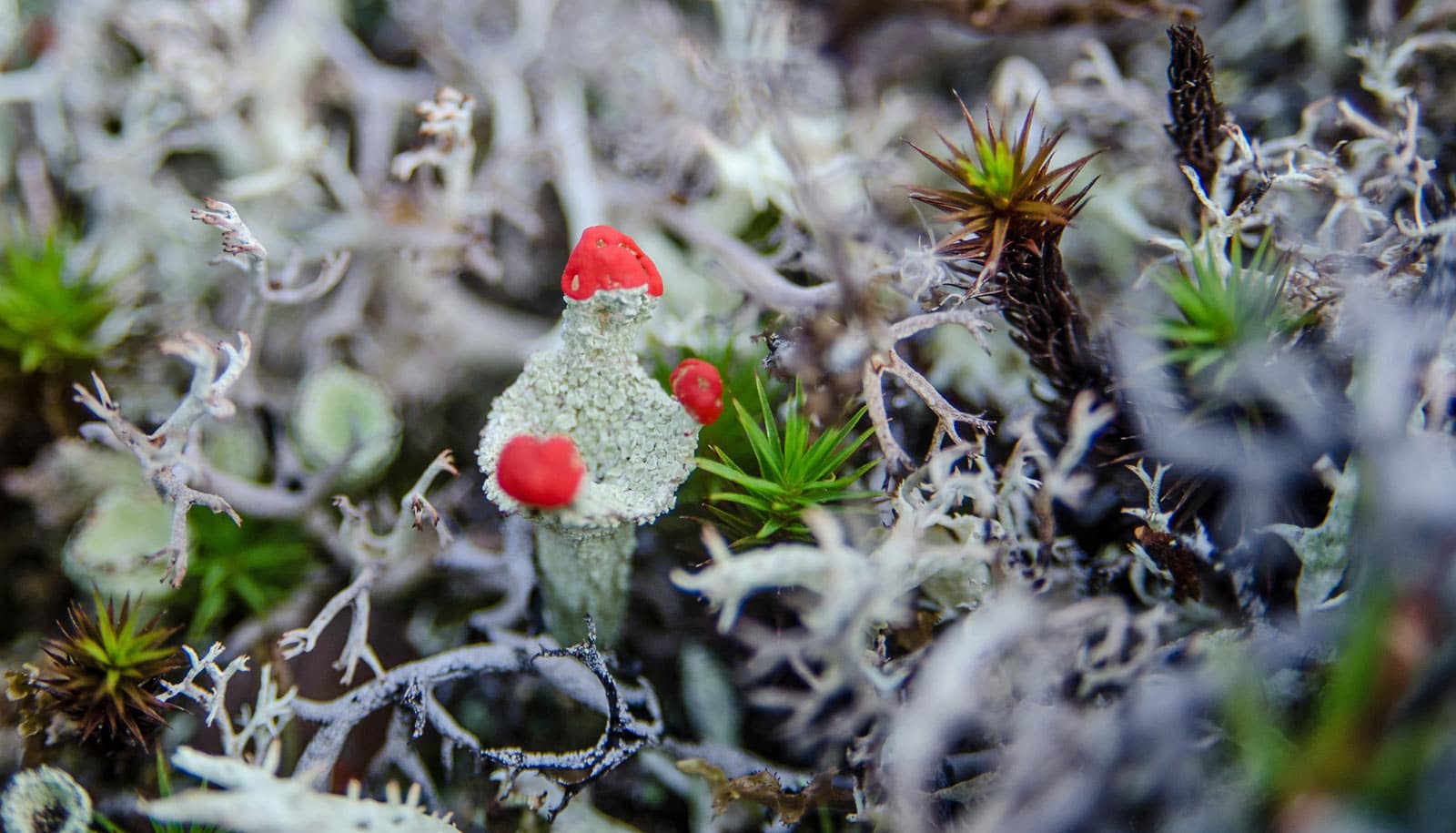 For nearly 150 years, lichens have been the model organisms of symbiosis. Now researchers have uncovered an unexpected third partner—yeast.

Scientists have long recognized the fundamental partnership that produces lichens: A fungus joins with an alga or cyanobacteria in a relationship that benefits both individuals. In a new study, researchers show that lichens across six continents also contain basidiomycete yeasts, single-celled fungi that likely produce chemicals that help lichens ward off predators and repel microbes.

The finding could explain why many genetically similar lichens present wildly different physical features and why scientists have been unable to synthesize lichens in the laboratory, even when combining species that partner successfully in nature.

“This discovery overturns our longstanding assumptions about the best-studied symbiotic relationship on the planet,” says coauthor M. Catherine Aime, professor of botany and plant pathology at Purdue University. “These yeasts comprise a whole lineage that no one knew existed, and yet they are in a variety of lichens on every continent as a third symbiotic partner. This is an excellent example of how things can be hidden right under our eyes and why it is crucial that we keep studying the microbial world.”

The study appears online in Science.

Based on his study of lichens, Swiss botanist Simon Schwendener was the first scientist to propose that some organisms are not autonomous individuals but combinations of unrelated species that work together. He observed that lichens are the result of collaboration between a single fungus and a photosynthetic partner—either an alga or cyanobacterium. The alga or cyanobacterium produces food by converting energy from the sun and carbon dioxide into sugars. The fungus, in turn, forms the main structure of the lichen and offers its photosynthesizing partner protection from the environment.

This cross-kingdom combination of strengths and abilities has allowed lichens to thrive on a variety of surfaces and in almost every habitat on the planet, ranging from the Arctic to deserts. They come in myriad shapes, colors, and forms and produce a rich variety of secondary metabolites. Lichens were also some of the first land-dwelling organisms, suggesting that a communal effort helped life make the ocean-to-land leap.

Is symbiosis just a sneaky way to take, take, take?

The discovery that specific yeasts act as third symbiotic partners in lichens began with an investigation into why two lichen species seemed genetically identical but had distinctive attributes. The lichen Bryoria tortuosa is yellow and produces a toxic substance known as vulpinic acid while B. fremontii—made up of the same fungus and alga—is dark brown and produces no such acid. An analysis of gene expression of the known fungal partner in the two species showed no differences.

But when the team broadened the data search to include all fungi, they found indications that genes were being expressed differently—unexpectedly, by a fungus that appeared to belong to the Basidiomycota, a completely different phylum than the known fungal partner. These data suggested the presence of a second fungus, an undescribed species of yeast in a poorly studied class of early-evolving basidiomycetes.

‘The yeasts were always there’

Toby Spribille, first author of the study and postdoctoral researcher at the University of Montana, says he was initially skeptical of the results.

“It took a long time to convince myself that I wasn’t dealing with a contamination,” he says.

But once the researchers began looking for traces of similar yeasts in other lichens, they found related lineages in 52 genera of lichens worldwide and molecular evidence that indicates a long, shared evolutionary history between the symbiotic partners.

Yeast vs. plants: How to make better cancer drugs

“There is a long, venerable history of scientists and natural historians who have peered at lichens through microscopes since the 1800s,” says Spribille, also a postdoctoral researcher at the University of Graz. “The yeasts were always there, and somehow we got to crack it open. It gives me goosebumps.”

The high amounts of yeast in B. tortuosa let the lichen produce the acid that helps defend it against invasion from other microbes. Aime’s work with related yeasts points to similar beneficial roles in plants, but basidiomycete yeasts are still understudied, she says.

“We have barely touched the tip of the iceberg in understanding the importance and ubiquity of microbes in a variety of biological systems,” she says.

Funding came from an incubation grant from the University of Montana, the Austrian Science Fund, the National Science Foundation, the National Aeronautics and Space Administration Astrobiology Institute, and a grant from Stiftelsen Oscar och Lili Lammes minne.