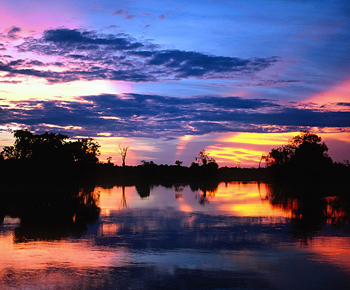 In a series of studies, participants were shown a selection of four images on a 19-inch computer screen for two minutes each. Half of the subject viewed buildings, roads, and other cityscapes; the other half observed landscapes, lakes, and deserts.

U. ROCHESTER (US)—Paying attention to the natural world not only makes you feel better, it makes you behave better, finds a new study. The researchers say the results highlight the importance of creating green spaces in cities and have implication for urban planners and architects.

“Stopping to experience our natural surroundings can have social as well as personal benefits,” says Richard Ryan, coauthor and professor of psychology, psychiatry, and education at the University of Rochester.

While the salubrious effects of nature are well documented, from increasing happiness and physical health to lowering stress, this study shows that the benefits extend to a person’s values and actions. Exposure to natural as opposed to man-made environments leads people to value community and close relationships and to be more generous with money, find Ryan and his team.

The report published in the Personality and Social Psychology Bulletin details four experiments in which 370 participants were exposed to either natural or man-made settings. Participants were encouraged to attend to their environments by noticing colors and textures and imagining sounds and smells.

In three of the studies, participants were shown a selection of four images on a 19-inch computer screen for two minutes each. Half of the subject viewed buildings, roads, and other cityscapes; the other half observed landscapes, lakes, and deserts. The urban and nature images were matched for color, complexity, layout, and lighting.

In a fourth study, participants were simply assigned at random to work in a lab with or without plants. Participants then answered a questionnaire assessing the importance of four life aspirations: wealth and fame (“to be financially successful” and “to be admired by many people”) and connectedness and community (“to have deep enduring relationships” and “to work toward the betterment of society”).

Across all four studies, people exposed to natural elements rated close relationships and community higher than they had previously. The questionnaire also measured how immersed viewers were in their environments and found that the more deeply engaged subjects were with natural settings, the more they valued community and closeness. By contrast, the more intensely participants focused on artificial elements, the higher they rated wealth and fame.

To test generosity, two of the studies gave participants a $5 prize with the instructions that the money could be kept or given to a second anonymous participant, who would then be given an additional $5. The second participant could choose to return the prize money or keep it. Thus, subjects had nothing to gain if they chose to trust the other participant, and risked losing their money.

The result? People who were in contact with nature were more willing to open their wallets and share. As with aspirations, the higher the immersion in nature, the more likely subjects were to be generous with their winnings.

Why should nature make us more charitable and concerned about others? One answer, says coauthor Andrew Przybylski, is that nature helps to connect people to their authentic selves. For example, study participants who focused on landscapes and plants reported a greater sense of personal autonomy (“Right now, I feel like I can be myself”). For humans, says Przybylski, our authentic selves are inherently communal because humans evolved in hunter and gatherer societies that depended on mutuality for survival.

In addition, write the authors, the richness and complexity of natural environments may encourage introspection and the lack of man-made structures provide a safe haven from the man-made pressures of society. “Nature in a way strips away the artifices of society that alienate us from one another,” adds Przybylski.

Lead author Netta Weinstein says incorporating parks and other representations of nature into urban environments may help build a stronger sense of community among residents.

By contrast, “to the extent that our links with nature are disrupted, we may also lose some connection with each other,” the authors warn. This alienation may help explain other research showing that urban as compared to rural dwellers show more reservation, indifference, and estrangement from others.

On a personal level, Weinstein says the take home message from the research is clear: “We are influenced by our environment in ways that we are not aware of,” she says. Because of the hidden benefits of connecting with nature, people should take advantage of opportunities to get away from built environments and, when inside, they should surround themselves with plants, natural objects, and images of the natural world.

“The more you appreciate nature, the more you can benefit,” she says.

Why your brain likes nature more than cities