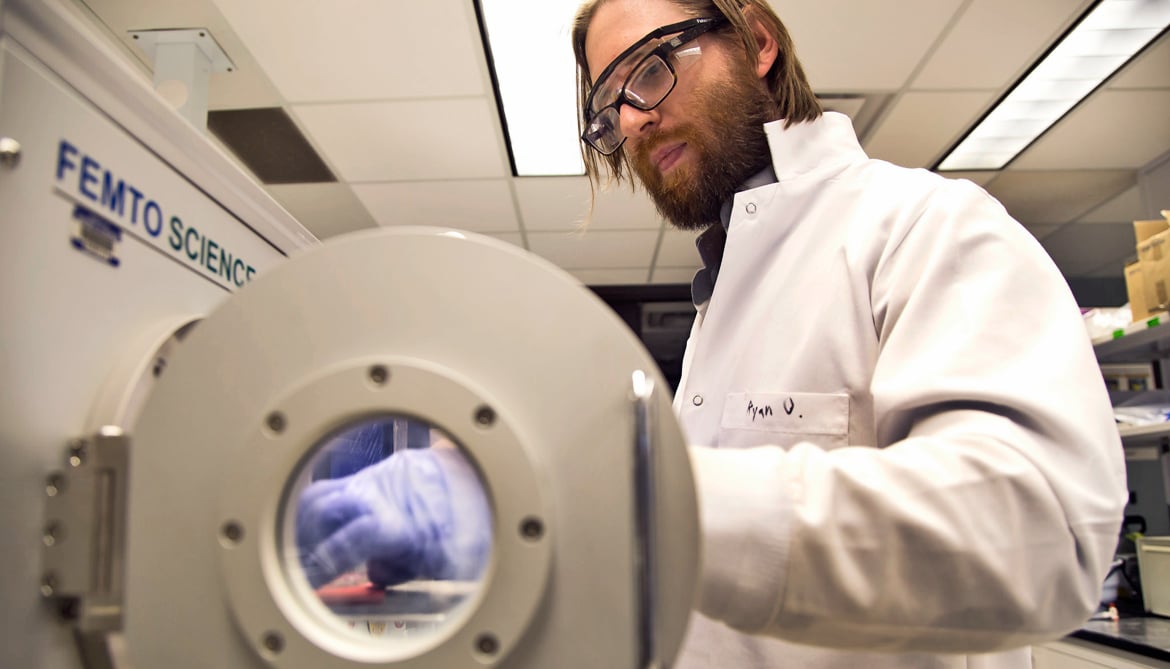 Ryan Oliver, Post-Doctorate Researcher, fabricates a special microchip that can simulate different organs and parts of the body in a plasma chamber. (Credit: Joseph Xu, U. Michigan Engineering) 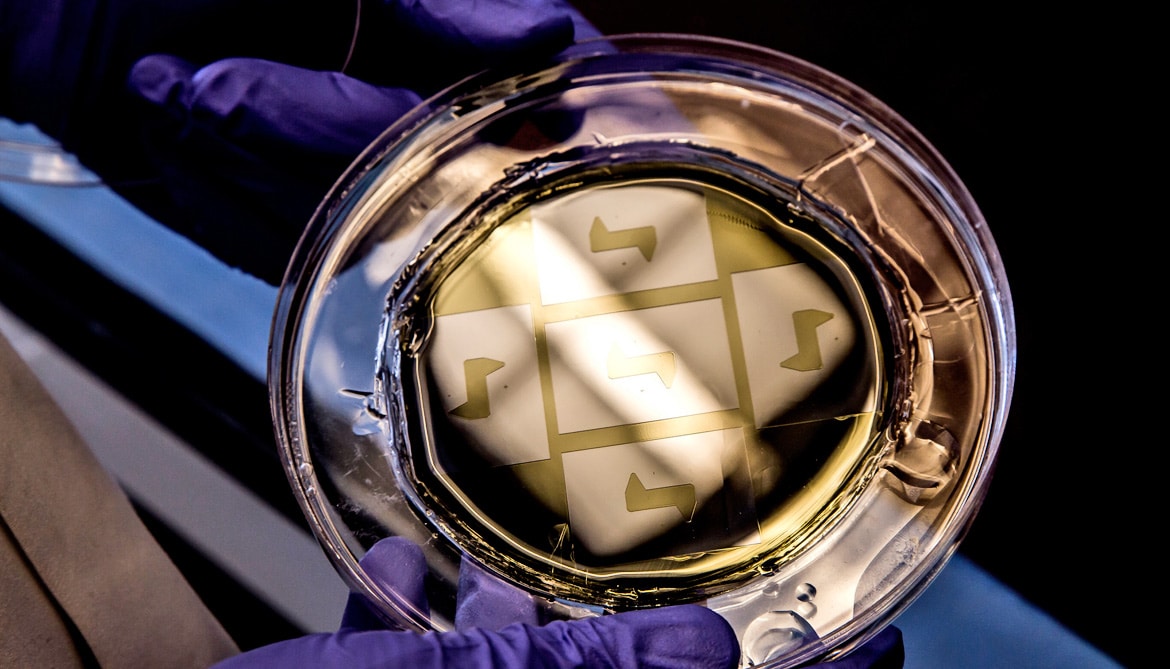 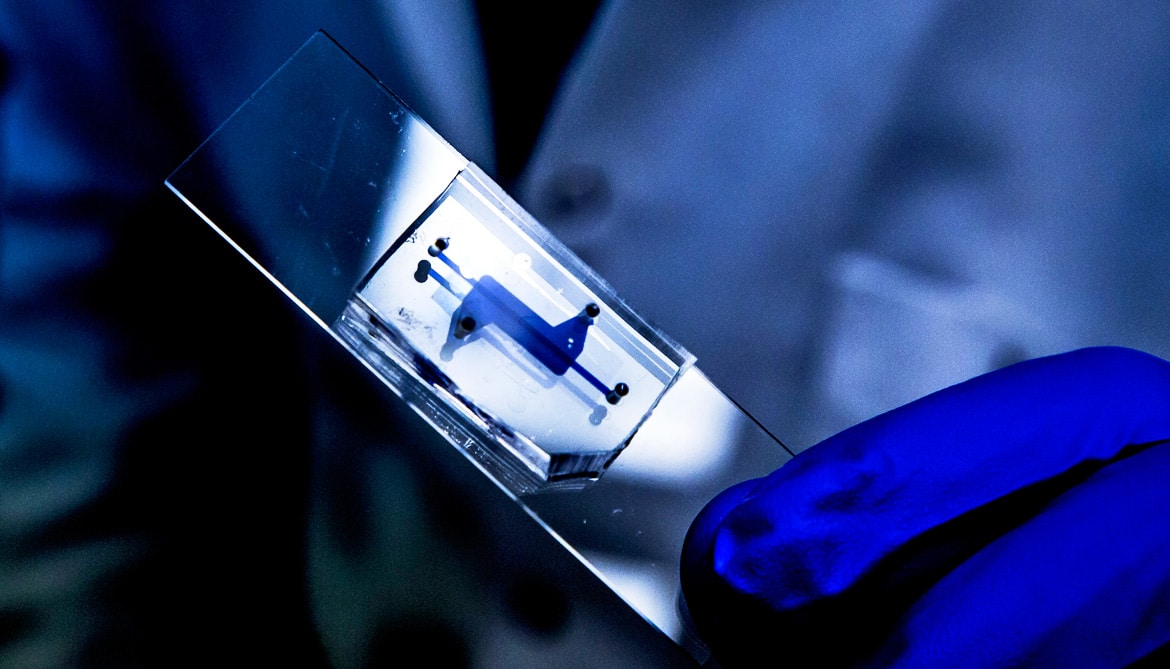 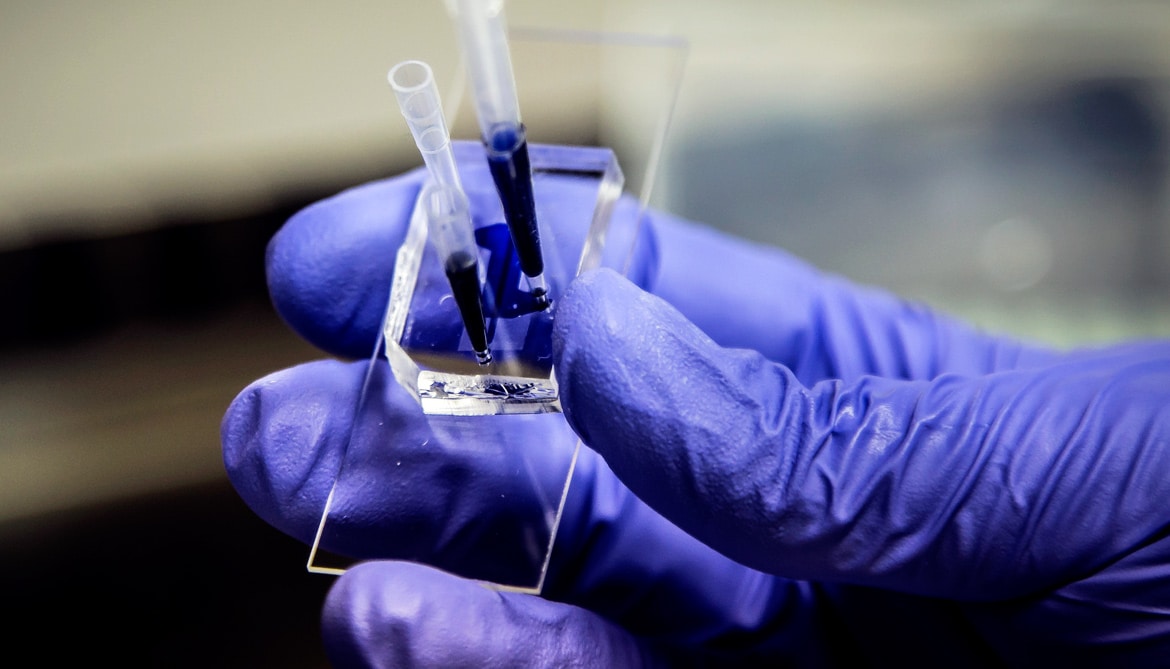 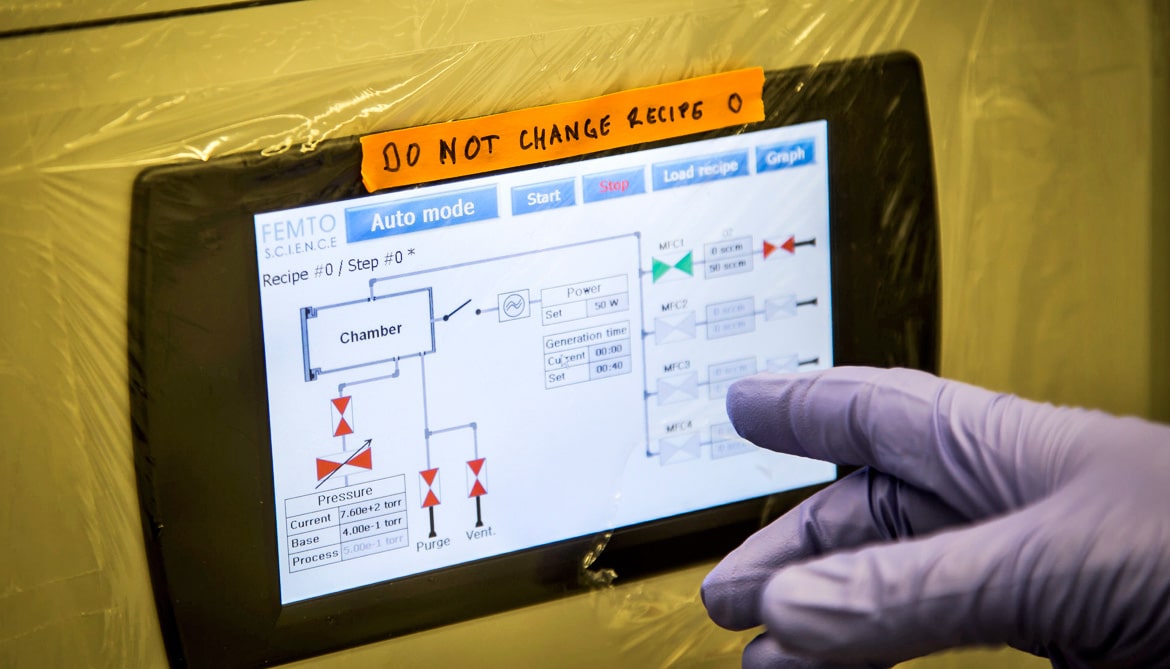 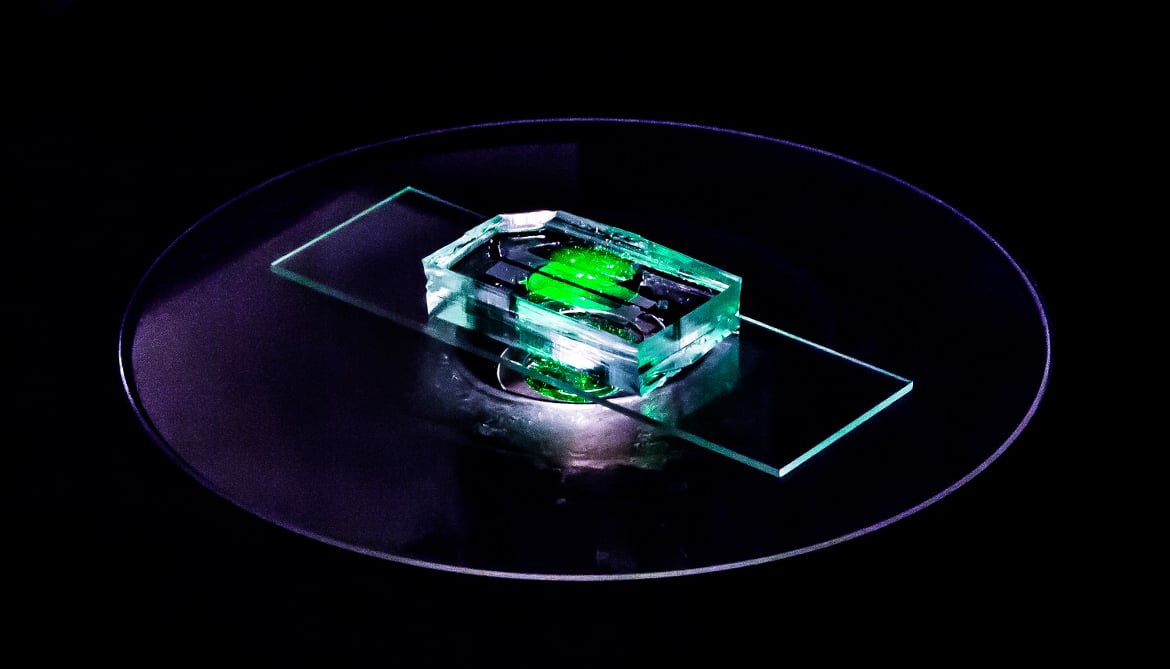 Scientists have created a “kidney on a chip” device that mimics the flow of medication through human kidneys and measures its effect on kidney cells.

The new technique could lead to more precise dosing of drugs, including some potentially toxic medicines often delivered in intensive care units.

Precise dosing in intensive care units is critical, researchers say, because up to two-thirds of patients in the ICU experience serious kidney injury. Medications contribute to injury in more than 20 percent of cases.

Determining a safe dosage, however, can be surprisingly difficult. Today, doctors and drug developers rely mainly on animal testing to measure the toxicity of drugs and determine safe doses. But animals process medications more quickly than humans do, making it difficult to interpret test results and can sometimes lead researchers to underestimate toxicity.

The new technique offers a more accurate way to test medications, closely replicating the environment inside a human kidney. It uses a microfluidic chip device to deliver a precise flow of medication across cultured kidney cells. This is believed to be the first time such a device has been used to study a medication’s “pharmacokinetic profile,” or how it behaves in the body over time.

“When you administer a drug, its concentration goes up quickly and it’s gradually filtered out as it flows through the kidneys,” says Shuichi Takayama, professor of biomedical engineering at the University of Michigan. “A kidney on a chip enables us to simulate that filtering process, providing a much more accurate way to study how medications behave in the body.”

The use of an artificial device provides the opportunity to run test after test in a controlled environment and also allows researchers to alter the flow through the device to simulate varying levels of kidney function.

“Even the same dose of the same drug can have very different effects on the kidneys and other organs, depending on how it’s administered,” says Sejoong Kim, associate professor at Seoul National University Bundang Hospital. “This device provides a uniform, inexpensive way to capture data that more accurately reflects actual human patients.”

The team tested their approach by comparing two different dosing regimens for gentamicin, an antibiotic that’s commonly used in intensive care units. They used a microfluidic device that sandwiches a thin, permeable polyester membrane and a layer of cultured kidney cells between the top and bottom compartments.

They then pumped a gentamicin solution into the top compartment, where it gradually filtered through the cells and the membrane, simulating the flow of medication through a human kidney. One test started with a high concentration that quickly tapered off, mimicking a once-daily drug dose. The other test simulated a slow infusion of the drug, using a lower concentration that stayed constant. Takayama’s team then measured damage to the kidney cells inside the device.

The findings, published in the journal Biofabrication, show that that a once-daily dose of the medication is significantly less harmful than a continuous infusion—even though both cases ultimately delivered the same dose of medication.

The results of the test could help doctors better optimize dosing regimens for gentamicin in the future. Perhaps most importantly, they showed that a kidney on a chip device can be used to study the flow of medication through human organs.

“We were able to get results that better relate to human physiology, at least in terms of dosing effects, than what’s currently possible to obtain from common animal tests,” Takayama says. “The goal for the future is to improve these devices to the point where we’re able to see exactly how a medication affects the body from moment to moment, in real time.”

It should be possible to generalize the techniques used in the study to a wide variety of other organs and medications, allowing researchers to gather detailed information on how medications affect the heart, liver, and other organs, researchers say. In addition to helping fine-tune drug dosing regimens, the technique could also help drug makers test drugs more efficiently, bringing new medications to market faster.

Within a few years, Takayama envisions the creation of integrated devices that can quickly test multiple medication regimens and deliver a wide variety of information on how they affect human organs.

PHASIQ, an Ann Arbor-based spinoff company founded by Takayama in conjunction with the U-M Office of Technology Transfer, is commercializing the biomarker readout aspect of this type of technology.

Many middle-age adults are hesitant to test new dementia drugs