A portion of an artist's impression of Josephoartigasia monesi (Credit: James Gurney) 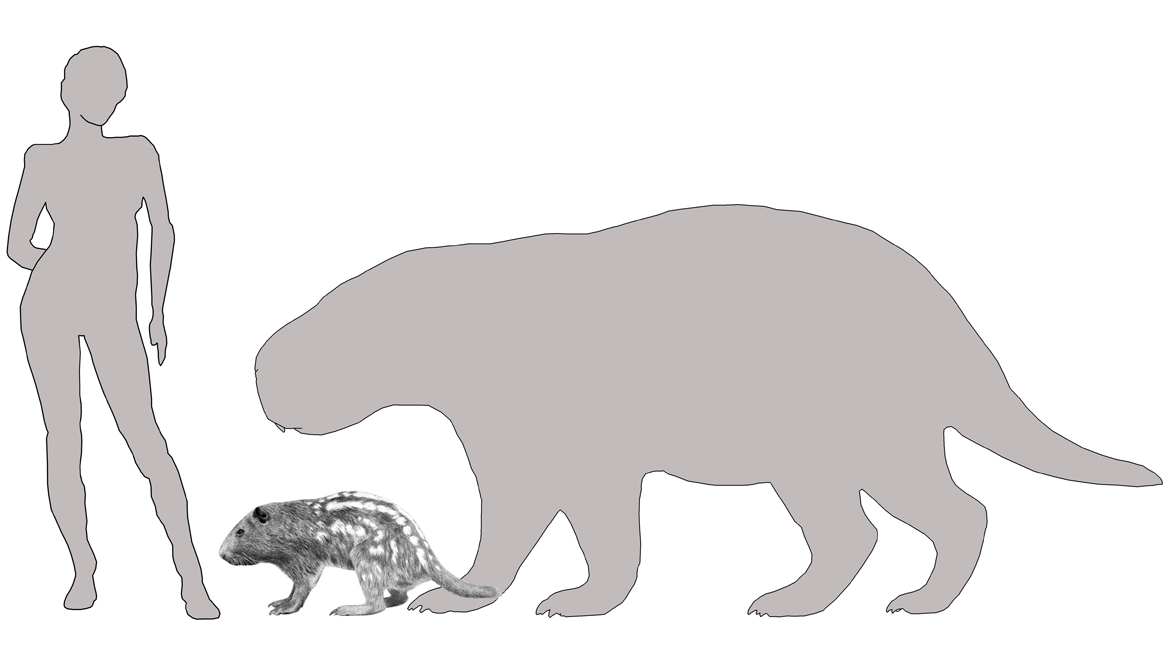 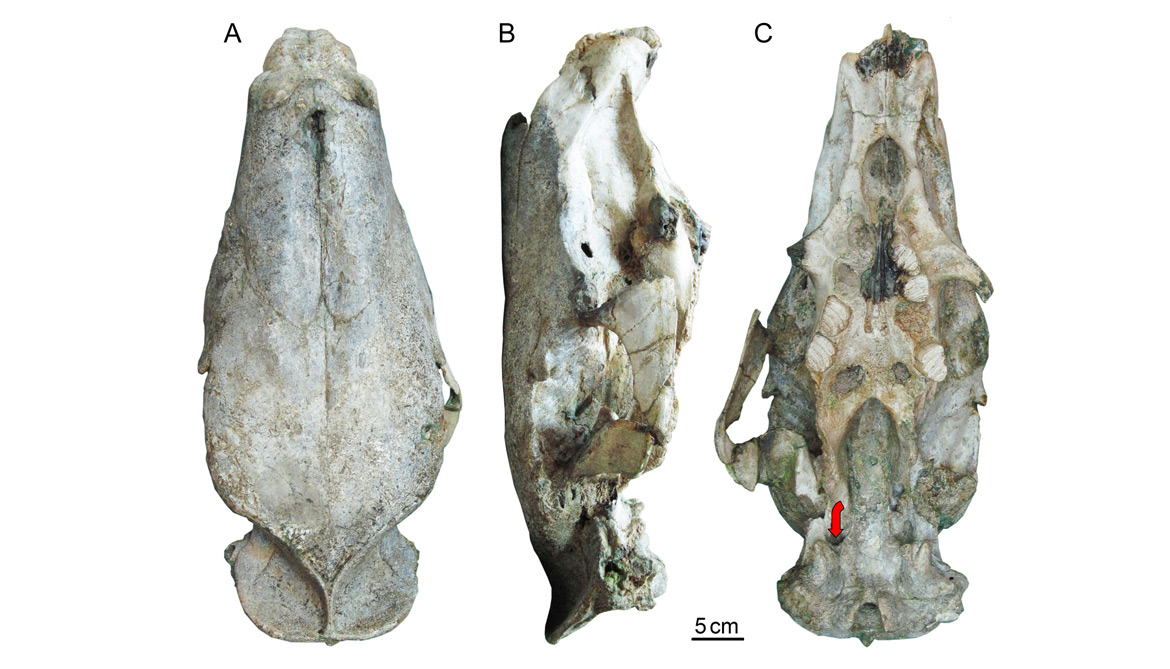 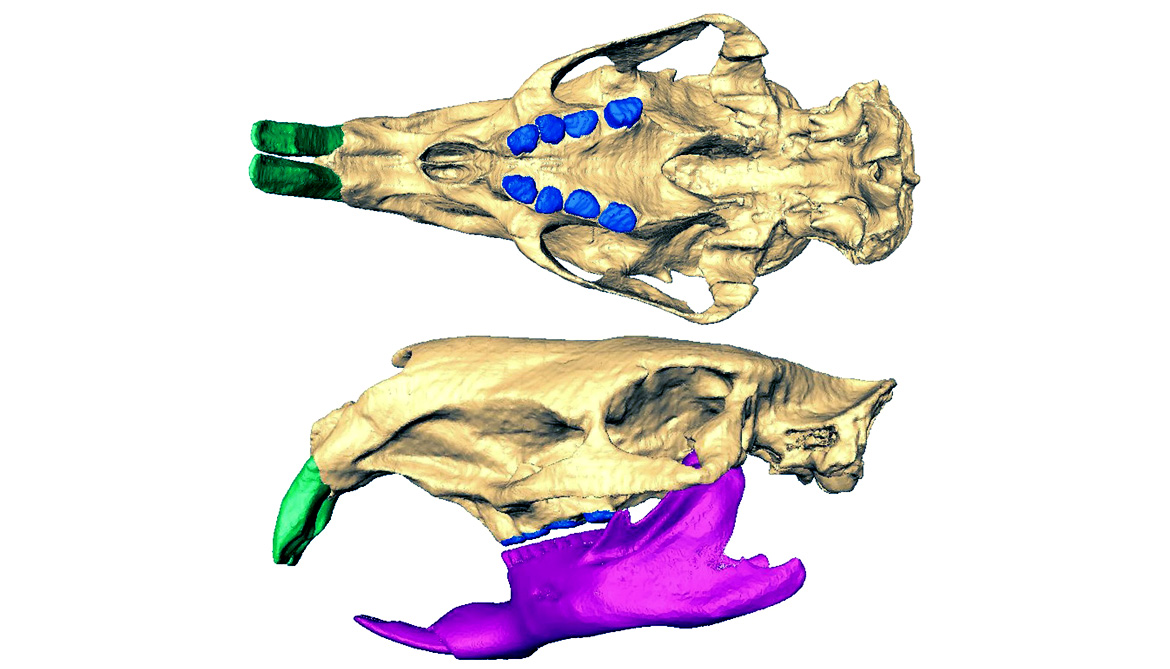 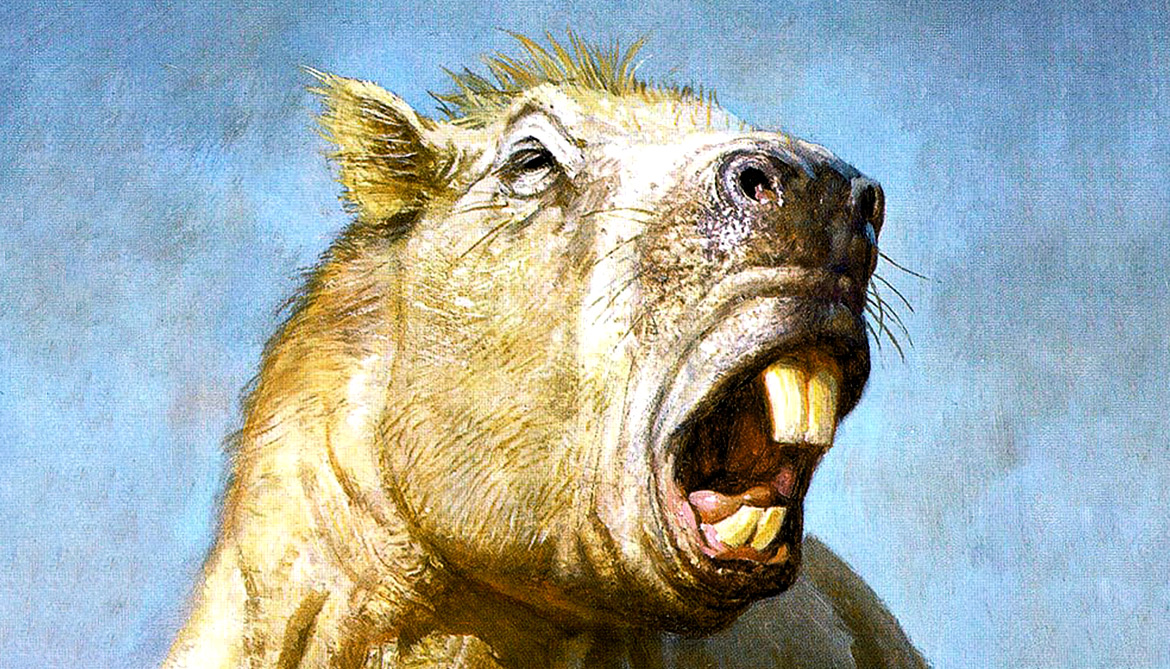 Scientists think that the biggest rodent ever may have used its front teeth the way an elephant uses its tusks.

Josephoartigasia monesi, a rodent closely related to guinea pigs, lived in South America approximately 3 million years ago. It is the largest fossil rodent ever found, with an estimated body mass of over 2,200 pounds (1,000 kg). That’s roughly the size of a buffalo.

Philip Cox of the Centre for Anatomical and Human Sciences at the University of York used computer modeling to estimate the power of Josephoartigasia‘s bite.

He found that, although the bite forces were very large—around 1400 N, similar to that of a tiger—the incisors would have been able to withstand almost three times that force, based on earlier estimates by coauthors who first described the fossil in 2008.

“We concluded that Josephoartigasia must have used its incisors for activities other than biting, such as digging in the ground for food, or defending itself from predators,” says Cox. “This is very similar to how a modern day elephant uses its tusks.”

The research involved CT scanning the Josephoartigasia monesi specimen and making a virtual reconstruction of its skull. The researchers then used finite element analysis, an engineering technique that predicts stress and strain in a complex geometric object, on the reconstruction.

Andres Rinderknecht of the Museo Nacional de Historia Natural and Ernesto Blanco of Facultad de Ciencias, Instituto de Física, both in Montevideo, are coauthors of the study in press at the Journal of Anatomy.

People who get periodontal care fare better after heart attack