(Credit: Courtesy of Paul A. Cziko via U. Oregon) 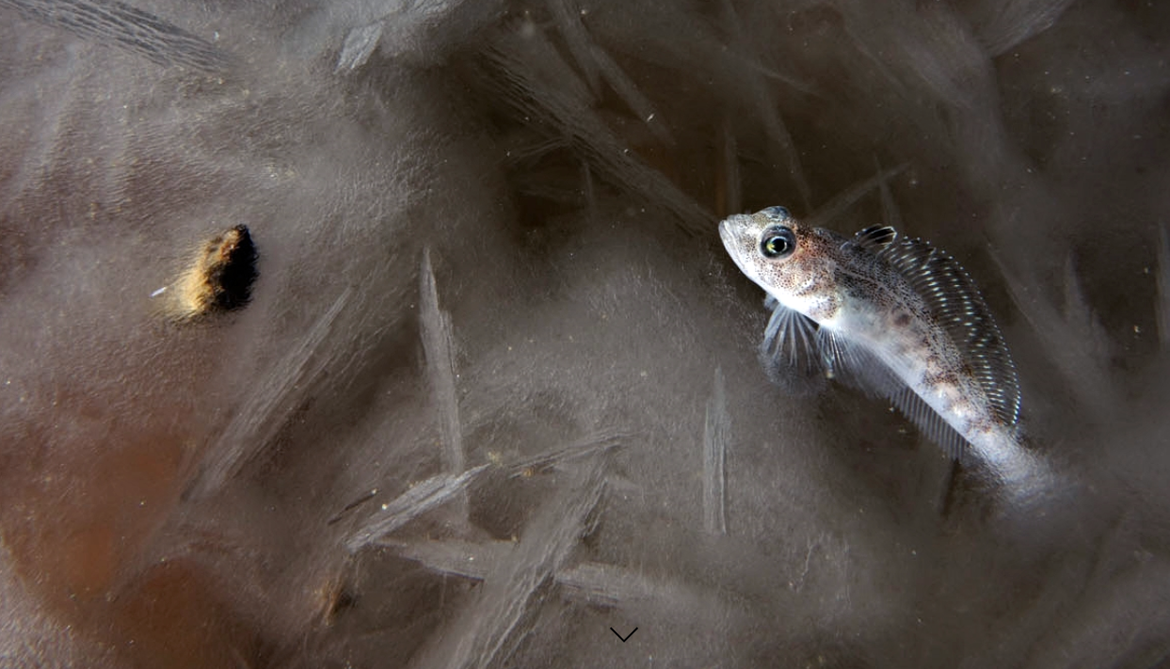 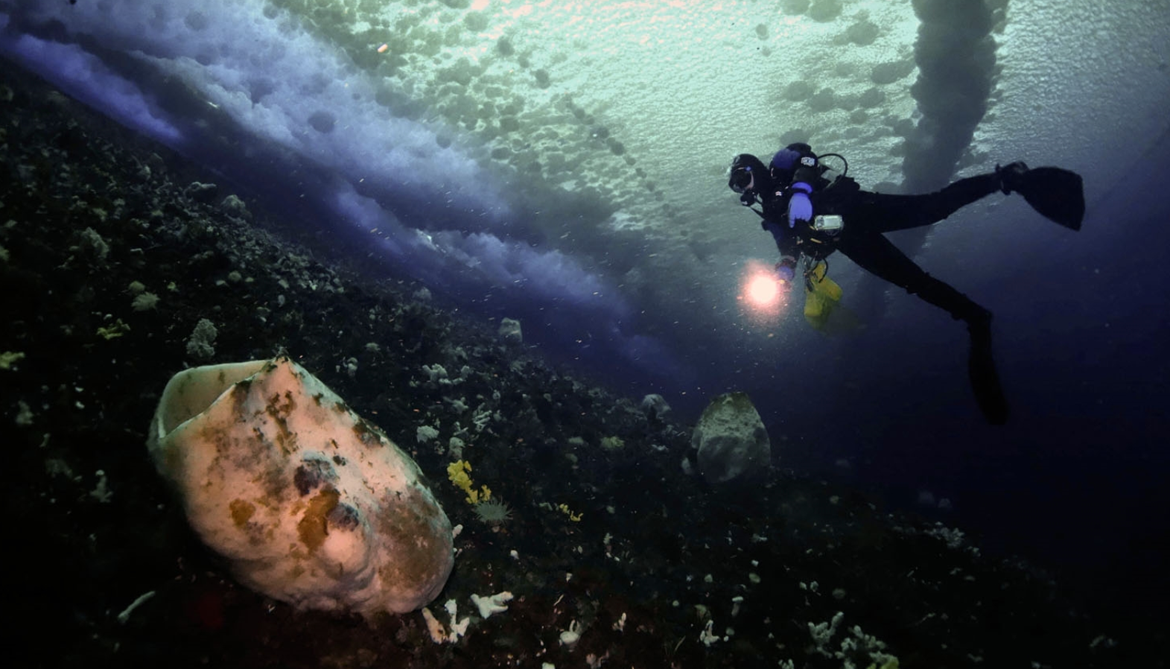 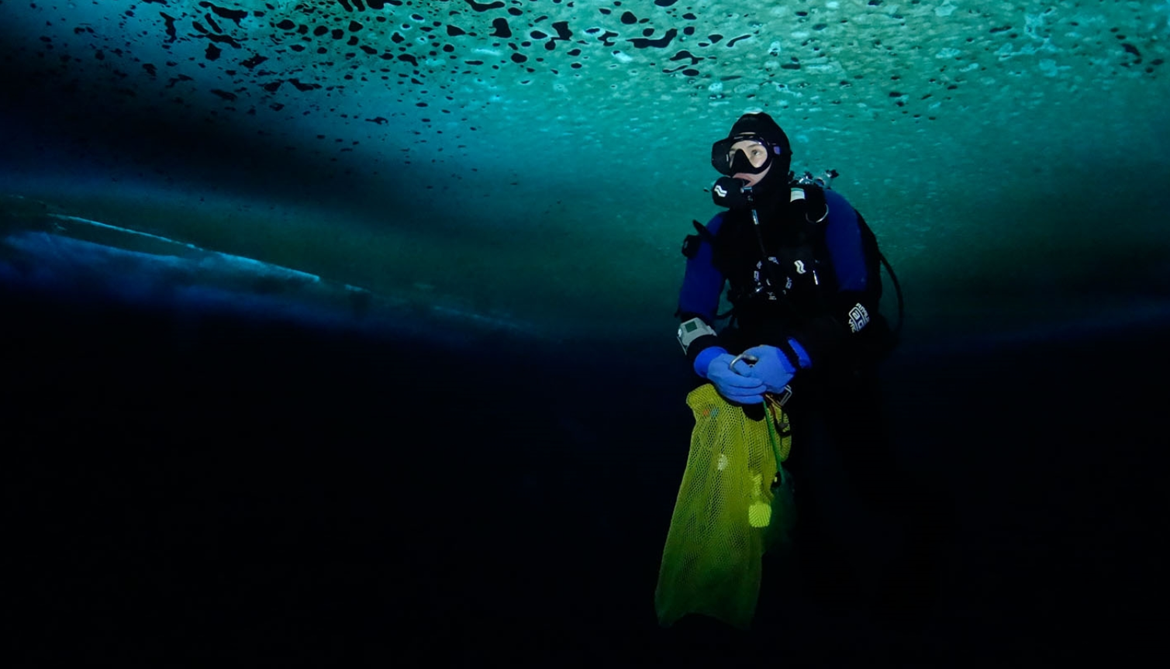 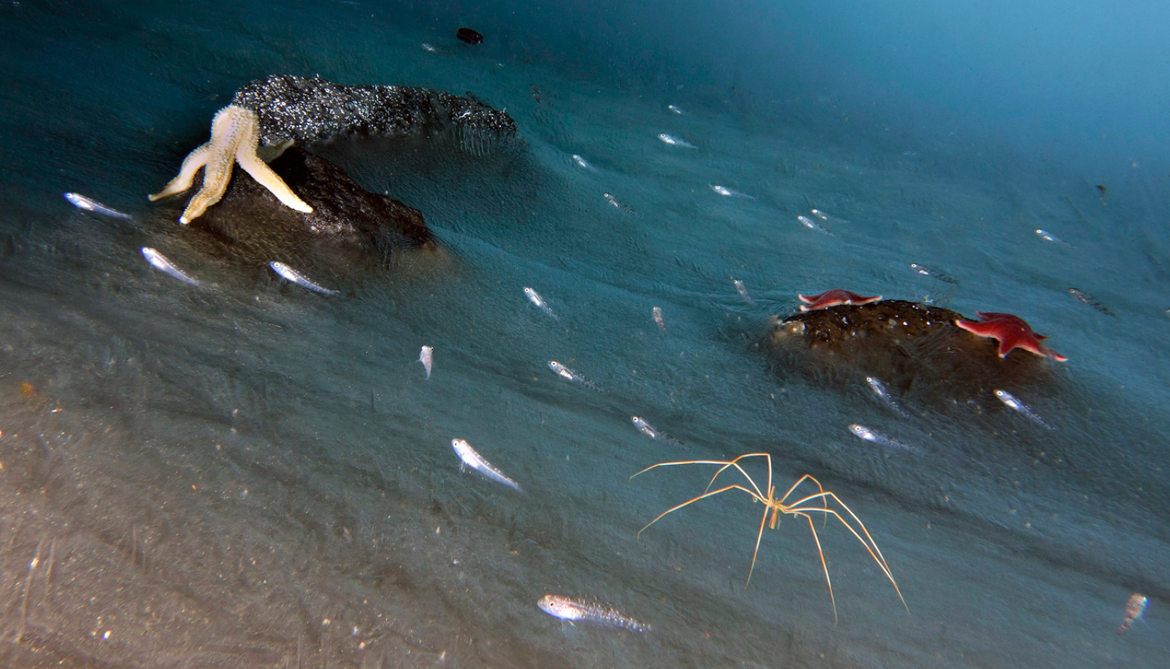 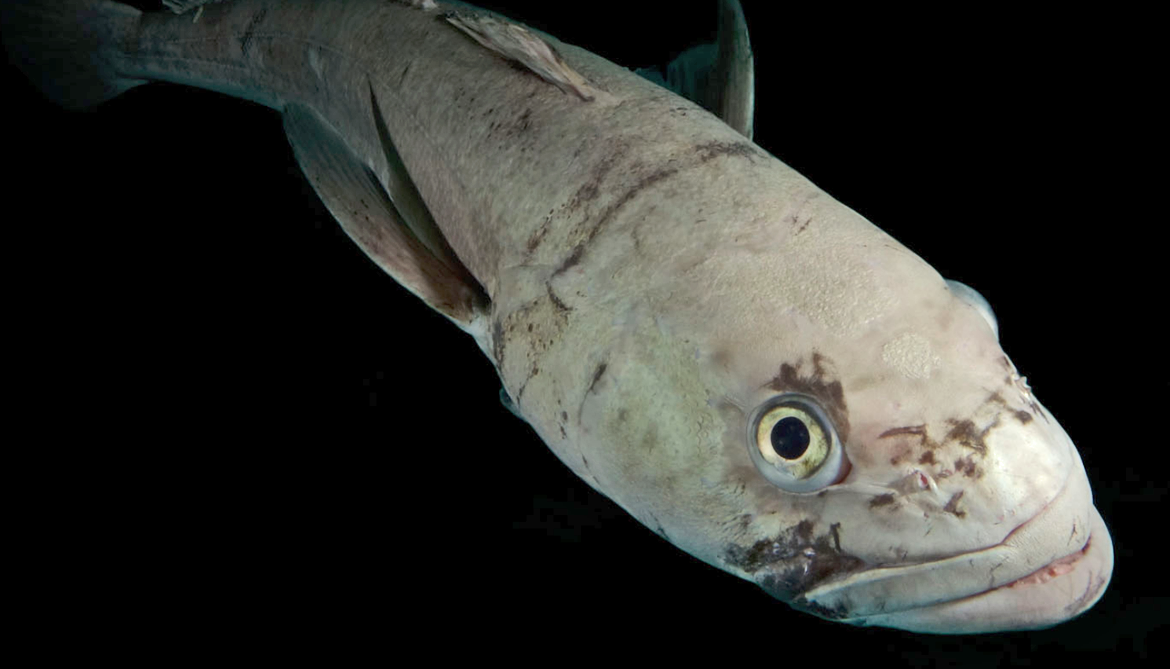 Antifreeze proteins help fish called notothenioids survive in icy Antarctic waters. But in an evolutionary twist, this simple survival solution may be a double-edged sword.

While the proteins bind quickly to ice crystals entering the body of Antarctic notothenioid fishes to corral the ice, the proteins hang on and later prevent the ice crystals from melting in warmer summer waters, says Paul Cziko, a doctoral student in the University of Oregon’s Institute of Ecology and Evolution.

“We discovered what appears to be an undesirable consequence of the evolution of antifreeze proteins in Antarctic notothenioid fishes,” Cziko says. “What we found is that the antifreeze proteins also stop internal ice crystals from melting. That is, they are anti-melt proteins, as well.”

Listen as Cziko explains how this research fits into the “big picture:”

The researchers found that when they warmed the fishes to temperatures above the expected melting point, some ice remained inside their bodies. Ice that doesn’t melt in such conditions is defined as superheated.

Next, they tested wild fishes in Antarctica when the normally freezing seawater had warmed up somewhat during summer, and they found that ice remained inside these fishes as well.

In the lab, the team tested the antifreeze proteins and found that these essential proteins were also, paradoxically, responsible for this superheating effect.

“Our discovery may be the first example of ice superheating in nature,” says co-author Chi-Hing “Christina” Cheng, a professor of animal biology at the University of Illinois. In this case, the ice inside these fishes doesn’t melt at temperatures at least 1 C (1.8 F) above its expected melting point.

To see whether the fishes’ internal ice could ever melt, Cziko, with the help of other scuba divers, placed and maintained temperature loggers in an icy fish habitat in one of the world’s most southerly and frigid marine environments—McMurdo Sound, Antarctica.

The unprecedented water-temperature record of 11 years at the site is equal to a half or whole lifespan of the fish species used in the study.

During that time period, water temperatures varied by just over 3 F and never reached temperatures that would overcome the antifreeze protein-induced ice superheating to completely eliminate ice from inside the fishes.

The researchers suspect that the resulting accumulation of ice inside the fish poses adverse physiological consequences. But, for now, they don’t know what they may be.

If the fish are “destined to carry ice crystals around all their lives,” Cheng says, it is conceivable that ice particles could obstruct small capillaries or trigger undesired inflammatory responses. Cziko likens the potential threat to dangers posed by asbestos in the lungs or blood clots in the brain.

“Since much of the ice accumulates in the fishes’ spleens, we think there may be a mechanism to clear the ice from the circulation,” he says.

“This is just one more piece in the puzzle of how notothenioids came to dominate the ocean around Antarctica,” he says. “It also tells us something about evolution. That is, adaptation is a story of tradeoffs and compromise. Every good evolutionary innovation probably comes with some bad, unintended effects.”

Clive W. Evans of University of Auckland in New Zealand and Arthur DeVries, professor emeritus of animal biology at the University of Illinois at Urbana-Champaign, are coauthors of the new paper in the Proceedings of the National Academy of Sciences. The National Science Foundation’s Division of Polar Programs supported the research.

One termite lineage took over by switching diets